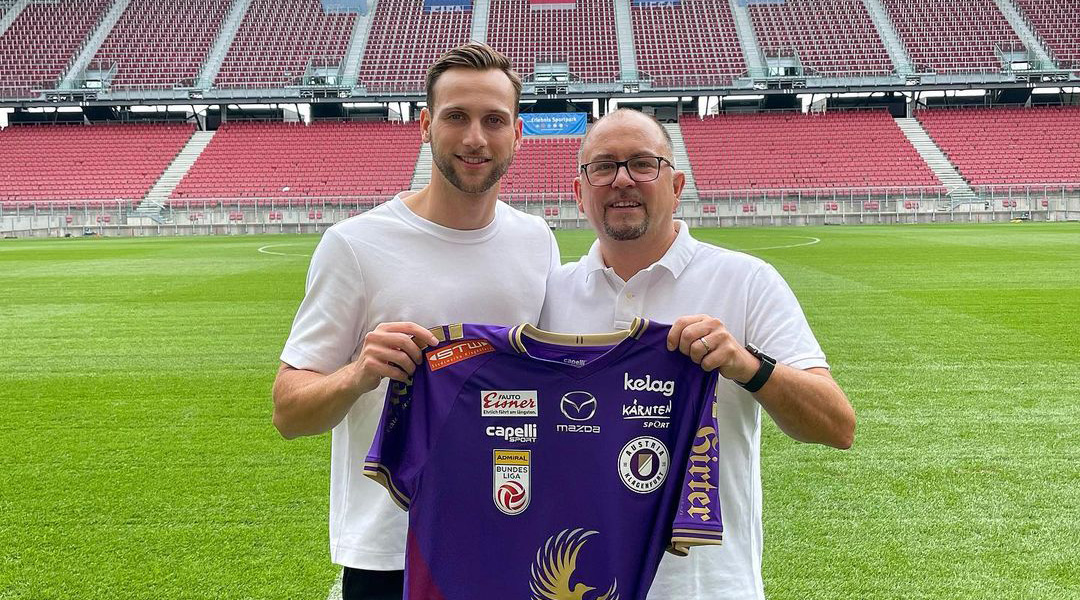 The 24-year-old’s stint in the Regionalliga Bayern with FC Pippinsried last year was largely sidelined by an Achilles tendon injury that came just a few matches into the season, effectively spoiling the BC-born forward’s return to German soil.

“I am extremely grateful for this opportunity, and can’t wait to play again soon,” said Durrans of the move. “Also, a big thank you to those who were involved in making this deal happen.”

The Austrian top flight side has a growing number of Canadian connections, with Edmonton local Gloire Amanda still with the side whilst Canadian international defender Scott Kennedy had also spent time with the club.

Durrans, 24, had featured for FC Edmonton after arriving as a summertime reinforcement during the 2021 CPL season. The former 1860 Munich forward made seventeen appearances and recording an assist through a scuffed shot against league rivals Cavalry FC:

Durrans was born in West Vancouver but moved to Germany at the age of fourteen after an invitation from the 1860 Munich Academy. He completed his schooling abroad before departing for the Deisenhofen U-19s and, after that, fourth-tier German side VfR Garching.

His latest move marks the first time he’ll play in Austria, with Durrans having most recently played for FC Edmonton and FC Pipinsried.