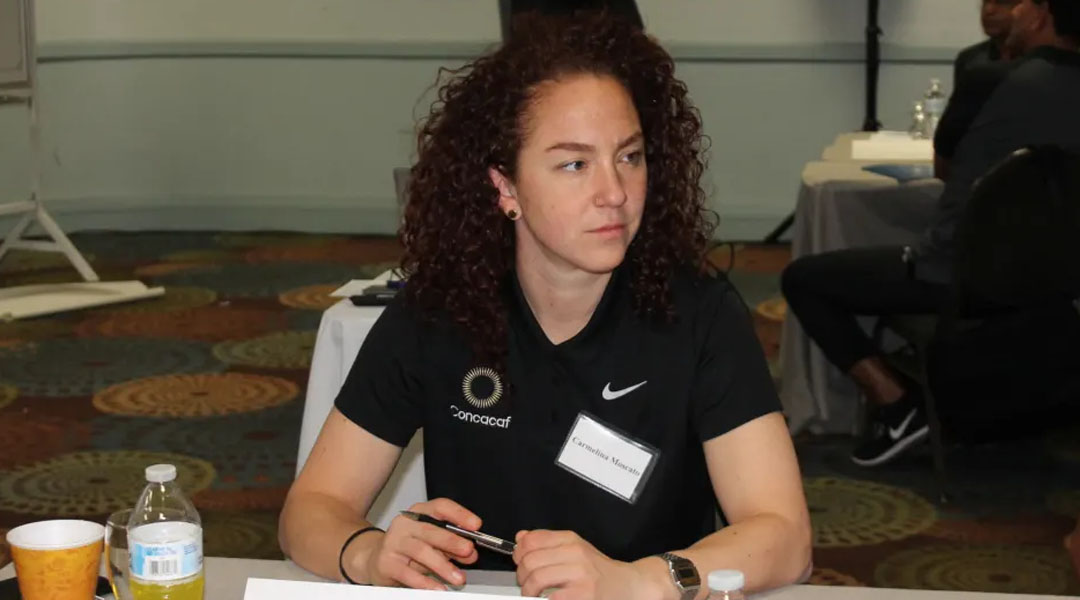 Former Canadian international and League1 Ontario Women’s Division Commissioner Carmelina Moscato has announced that she has joined the Bahamas Football Association as the organization’s new Director of Women’s Football.

Moscato, 36, announced the move this morning from the Bahamas and stated that her general desire is to grow the women’s game, wherever that be around the globe. She had stepped down from her role as League1 Ontario Women’s Division Commissioner two months ago.

I truly believe its better to not get attached to people, places or things, but rather causes and purpose. I have a burning desire to grow the game in general, but specifically for girls and women. I hope to leave an impact here. I will miss you, Canada.

Previously, she has held assistant coaching positions with the University of Wisconsin and the Louisville Cardinals, and led the Canada U-15 Women’s side to a second place finish at the 2016 CONCACAF Girls’ U-15 Championship. Her playing career saw her make 94 appearances for the Canadian national team, with her club career spanning the likes of Canada, Italy, Sweden, USA, and Australia.

In 2019, she took on an executive role with Canada Soccer Business as the Manager of Women’s Professional Football Development, which saw her land as the commissioner of the League1 Ontario Women’s Division. Last year she also appeared on OneSoccer as an analyst for The Island Games, where she provided great insight into the professional game.

While the Canadian Premier League was able to have a bubble tournament that year, the COVID-19 pandemic saw both the women’s and men’s League1 Ontario divisions miss out on the 2020 season. Since she stepped down from her role with the league in December, Canada Soccer Business has yet to find a successor for Moscato – though League1 Ontario did announce three new expansion teams for the women’s division earlier this month.

Moscato – who has a UEFA A coaching license – isn’t the only Canadian currently involved with the Bahamas Football Association: former Canadian national team member Marc Bircham, who once coached Queen’s Park Rangers, is the BFA’s technical director.

We wish Carmelina all the best with her new role.