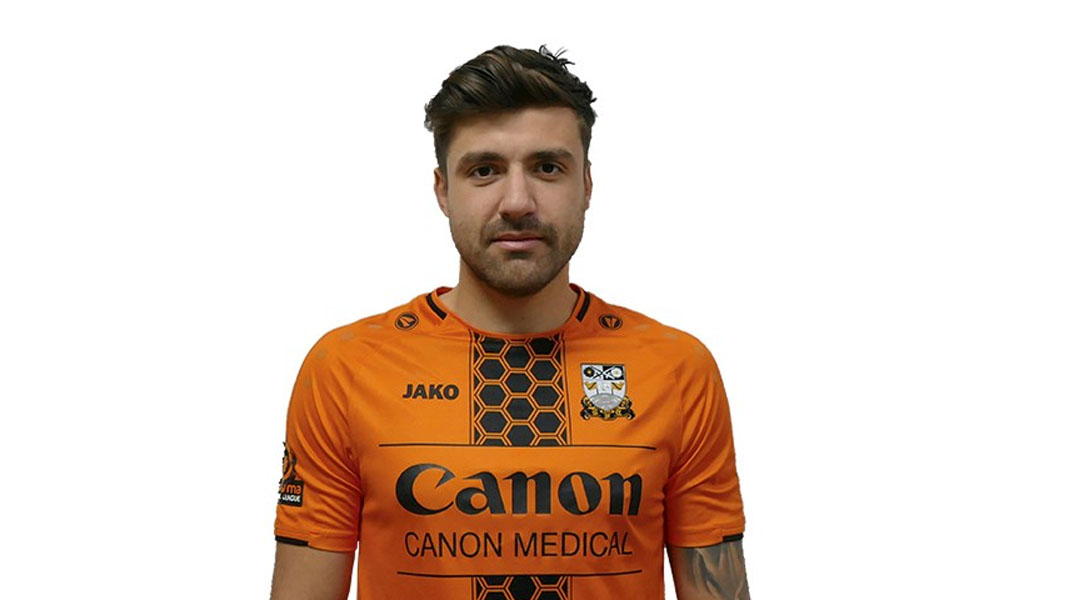 Vanarama Premier League side Barnet FC is reporting that on-loan York United midfielder Michael Petrasso should be back in action later on this month.

The 25-year-old midfielder has been sidelined ever since picking up an injury against MK Dons in a late November FA Cup fixture. He’d been on a spell of good form with the Bees before picking up his third injury of the year, having contributed two goals in seven appearances while creating plenty of chances for the London-based side.

The former Canada international will remain on loan in London until the end of June, at which point he’ll rejoin York United for the remainder of the 2021 Canadian Premier League season. The Nine Stripes signed him to a two year deal earlier this year, making it clear that the club has faith in Petrasso’s skillful attacking prowess – though his injury record is a cause for concern.

The Island Games saw Petrasso sidelined for much of the CPL’s bubble tournament last year, with the midfielder only notching up 130 minutes of action due to a groin strain injury. In 2019, he missed much of the CPL’s spring season before a hot run of form saw him bag five goals and three assists from just fourteen matches in the fall campaign, with the midfielder leading the league for shots on goal per 90 with a healthy return of 3.52.

With Barnet setting on the precipice of relegation, Bees fans will be eager to see Petrasso return to the pitch. The club now has a new club gaffer at the helm, with head coach Tim Flowers set to undergo his first match for the Bees today. While Flowers has instilled a new back-room setup, it’s expected that Petrasso will still be called upon when he’s back to fitness.

Barnet had to postpone its two previous fixtures after a first team player tested positive for COVID-19, with the squad having just returned to training earlier this week. Petrasso has returned to some light training, with the club hopeful that he’ll be back to full training in the next few days, with a full return still a few weeks away.

The midfielder isn’t the only York United player out on loan, with Nicholas Hamilton still overseas with Scottish Championship side Dundee FC. Hamilton has been unable to crack into the matchday squad, with his only minute on the pitch coming in a league cup fixture against third tier Scottish side Cove Rangers in November.

The Canadian Premier League side has secured nearly its entire roster for the 2021 Canadian Premier League season, with Club President Angus McNab overseeing a massive club rebrand while also reconstructing a squad that now boasts the youngest average age the league has ever seen. All-told, it’ll be very interesting to see where the club sits when Petrasso comes back to it this June.