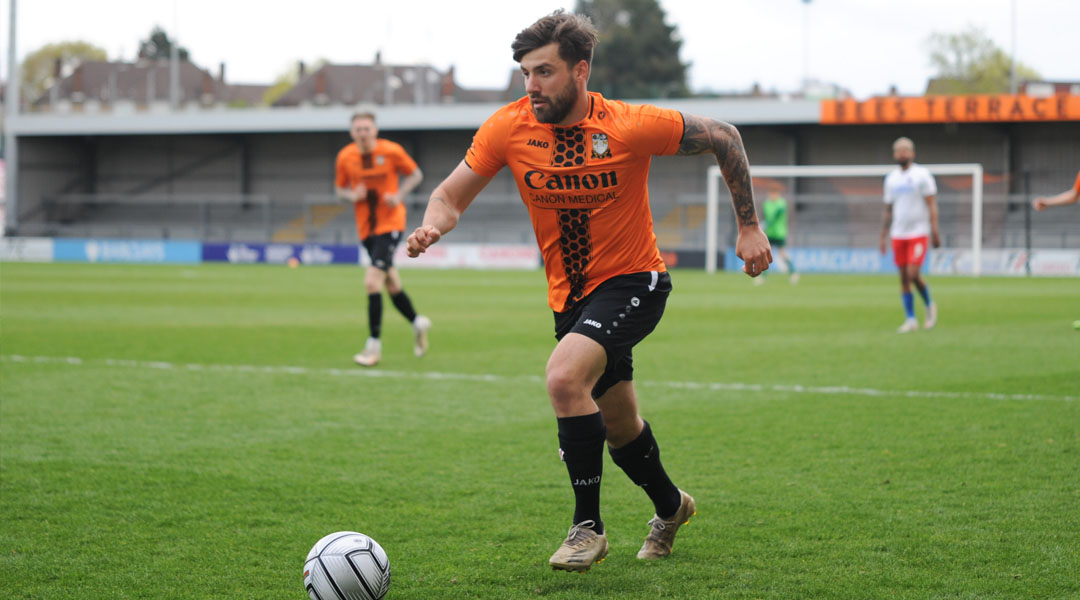 York United midfielder Michael Petrasso has finished his loan spell with Vanarama National League side Barnet FC and is now en route to return to York United ahead of the 2021 Canadian Premier League season.

The 25-year-old midfielder proved to be a star asset for the London area club, contributing an impressive ten goals in thirty-one appearances for The Bees across all competitions. While his time with the side included some injury spells, his tenacity in front of goal and skill on the ball made him a positive influence on the right flank during what has been a difficult season for the English side.

To everyone at Barnet FC, the players, the staff, and fans, I want to say thank you for all the support you gave me this season. I had an amazing experience and wish nothing but the best for the club moving forward.

The 25-year-old midfielder was loaned to Barnet in October, marking his first return to English football since his time under contract with Queens Park Rangers came to an end in 2018.

While Barnet presently finds itself second from the bottom in league play – and fortunate that relegation is not a possibility this year due to the curtailing of divisions below them – Petrasso departs as a bright note for Bees fans over what has been a relatively glim season at The Hive.

Barnet FC are set to close the season out against Vanarama National League champions Sutton United tomorrow morning, with the The Us having completed a stellar season to earn promotion to the Football League for the first time in club history.

York United head coach Jim Brennan will be hoping that Petrasso’s hot form will carry over into the belated 2021 CPL Season, which is set to kick off from a single location in late June or early July. The possibility of home markets later in the campaign could see Petrasso don a York United kit in front of home fans for the first time, despite this being his second year at the club.

In his debut campaign with the side at last year’s Island Games bubble tournament, injury struggles limited Petrasso’s influence to just three matches out of seven, none of which saw him complete a full 90. His year prior with Valour FC also included injury struggles, though a hot fall season saw him end his time there with six goals in twenty appearances.

The Canadian Premier League side has four other athletes out on loan: both Dominick Zator and Nicholas Hamilton are set to return next month, with both Lisandro Cabrera and Mateo Hernandez remaining on loan with Atletico Pantoja until York United recalls them once their visas are processed.

Having signed a two-year deal with the Nine Stripes last October, Petrasso is set to remain a York United player through to at least the 2022 CPL season.

Rollins: 2021 CPL Season To Kick Off In Winnipeg