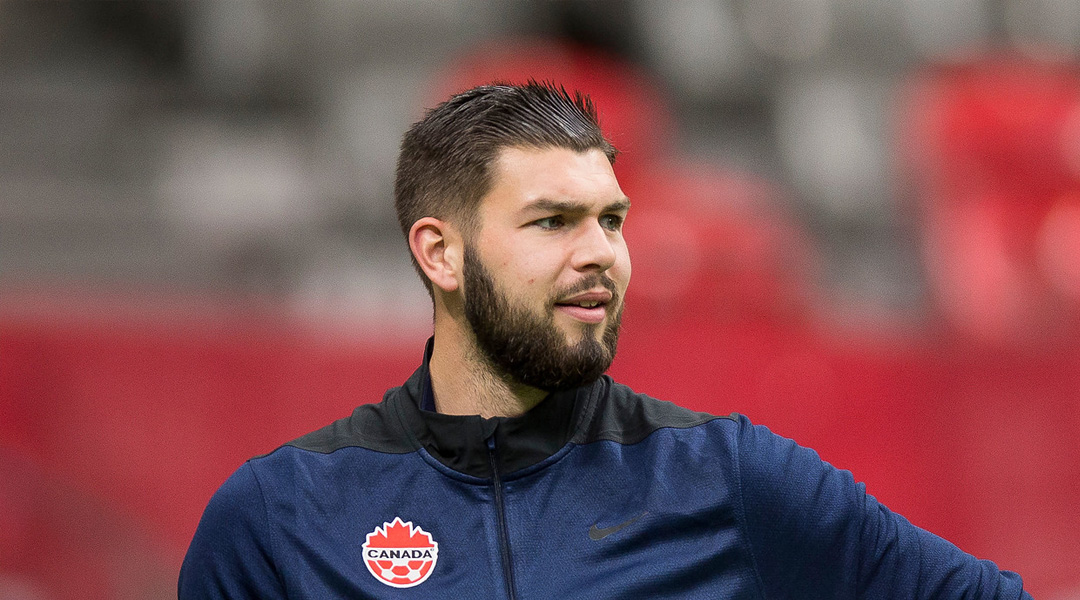 Vancouver Whitecaps goalkeeper Maxime Crepeau is looking forward to being a part of Canadian soccer history when his side takes on Pacific FC tomorrow.

The ‘Battle of BC’, as it is being called, will be the first of its kind. The Whitecaps have never faced their west coast neighbours in competitive play before, with Pacific FC set to host the Whitecaps at Starlight Stadium tomorrow afternoon.

It’s a delicious cap to what has been a thrilling preliminary round in the domestic cup competition which, all told, has provided no upsets thus far. The Whitecaps enter as significant favourites, despite an abundance of banter around the west coast.

Pacific FC head coach Pa-Modou Kah didn’t shy away from calling the match the biggest game in PFC history, with his Canadian Premier League side setting its sights on procuring what would be the opening round’s only upset – and with his team first in CPL standings and holding a big lead in the ‘goals for’ column, it’ll be coming in with lots of confidence in its attack.

The former VWFC player-turned-coach will be up against a respectful Marc Dos Santos, who saw his Whitecaps side experience defeat to CPL opposition in 2019. This isn’t something he’s keen to reproduce, with the MLS head coach telling AFTN he’s going ‘all-in’ for the Battle of BC:

We learned from the past that you play against teams that you can never take lightly. So we’re going all in. And what I mean by all in is that if people expect rotations and changes, no way it’s going to happen. We’re going all in, we’re taking it extremely seriously.

Whitecaps goalkeeper Maxime Crepeau hopes to see a sellout crowd at Starlight Stadium under ongoing COVID-19 restrictions, and given his gaffer’s comments he’ll also be expecting to start in net tomorrow.

With no less than twelve former Whitecaps players currently playing for Pacific FC, he’ll be up against some familiar faces. Even the club’s coaching staff features three with direct VWFC ties.

It’s a historical one, and it’ll be nice to go out there and play against the guys that we know a little bit. Canadian football is a small world, I have teammates who I played with in Ottawa who are now at Pacific, and there’s some guys who are raised in the Whitecaps system who are now at Pacific, so there’s a lot of connections and it’ll definitely show on the field.

The 27-year-old MLS veteran will know how the Pacific FC players are feeling, having been there before: he represented the Ottawa Fury against Toronto FC in 2018, and saw himself on the other side for the Vancouver Whitecaps when they lost out to Cavalry FC the following year.

He understands the hunger and the urge to beat MLS opposition when you’re on the outside looking in, especially with the salary disparity and having ‘nothing to lose’ in such a cup tie.

I know exactly the feeling. I want to be in their spot right now, so we’re not going to be naïve about it – they’re going to be coming with a knife between their teeth, blood and their eyes, and they’ll come at us. It’s totally normal.

With the domestic cup competition offering a direct route to the Concacaf Champions League, tomorrow’s Battle of BC will see two west coast sides leave nothing on the table: expect attacking play from both teams, with Pacific’s Marco Bustos expected to put in a showing against his former side – though they’ll be up against it versus MLS opposition that are hoping to prove playoff contenders in league action.

The winner of tomorrow’s single leg affair will then face Cavalry FC in the quarter-finals. The Alberta-based side knocked out both Pacific and Vancouver in 2019. Tomorrow’s match will be available live on OneSoccer.

This will be the fourth-ever CPL-vs-MLS clash, with at least two more set to come next month as the Halifax Wanderers host CF Montreal and York United play away to Toronto FC in the Canadian Championship quarter-finals.