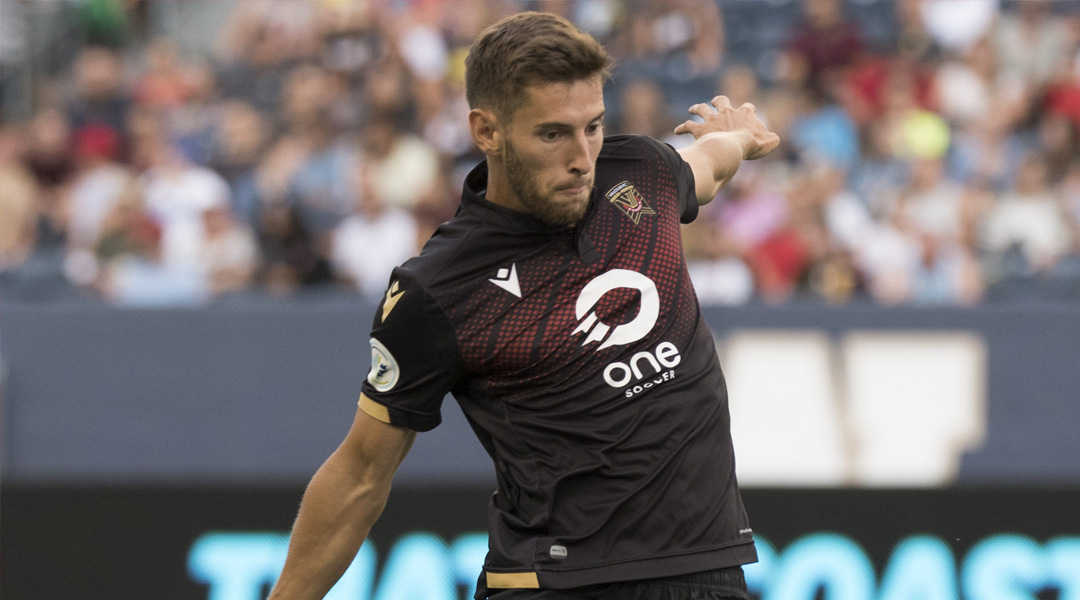 He means no disrespect to the Winnipeg faithful, but Louis Beland-Goyette would absolutely celebrate scoring a goal against his former club.

It’s a polarizing subject for some: should players who score against their old clubs refrain from fully enjoying the moment as a sign of respect to their old teammates and the fans who once cheered the on? Some think you should, while others think you’d be well within your rights to embrace the moment.

After much thought on the matter, Louis Beland-Goyette finds himself in the latter camp.

The former Valour FC man became the second-ever intra-league transfer when he signed with the Halifax Wanderers, where many suspect he’ll start in midfield beside Andre Rampersad. The former Montreal Impact midfielder had a good individual season in Winnipeg, finishing the year with 85% passing accuracy, three assists, and a stellar goal against FC Edmonton.


When asked if he would celebrate scoring a goal against Valour FC at IG Field – a stadium which he has fond memories of – he didn’t hesitate:

Yes. I would. I think about that often, and I see that in football often, and you have to think about it that way: if you change teams every year, and you always score against them, you’re never going to celebrate? It means no disrespect to Winnipeg. I spoke about it with a lot of people and I’ve gotten a lot of opinions, and I’ve got my opinion on this, and I think I would celebrate.

The 24-year-old midfielder, however, did draw a line somewhere: he says the only place he wouldn’t celebrate a goal is in Montreal, because he spent so many formative years of his career with the Montreal Impact. He joined the academy in 2011 and signed his first professional contract with the MLS side in 2014. When he left the club at the end of 2018 before his jump to the Canadian Premier League, he had made twelve appearances for the Impact and 41 for its now-defunct USL affiliate, FC Montreal.

Depending on how things go in the Canadian Championship, Beland-Goyette may be suiting up against his former club in the quarter finals, though the Halifax Wanderers will need to get through three-time PLSQ champion AS Blainville – who put up a tough fight against York9 FC last year – to make that happen. Beland-Goyette is keen to emphasize that the reigning PLSQ champions must be respected, but he says it’d be great to play against the Montreal Impact if the moment materializes – even if he wouldn’t celebrate any potential goals that he may score in the cup fixture.

Given recent rumours, that match might feature current Cavalry FC man Joel Waterman plying his trade for the Impact, too.


Now fully recovered from a season-ending injury he sustained against the Nine Stripes, Beland-Goyette is hoping to help the Wanderers improve on their inaugural season and climb up to the top of the cumulative league table. He says he’s happy to provide himself as a leadership figure to the club’s newer professionals along the way, and the expectation is that his on-pitch performances will lead the way in that regard, too.

It’ll be interesting to see what kind of reception Beland-Goyette gets at IG Field, especially given that he’d formerly captained the side. In 2019, the Halifax Wanderers recorded three wins, one draw, and two losses against Valour FC across all competitions.