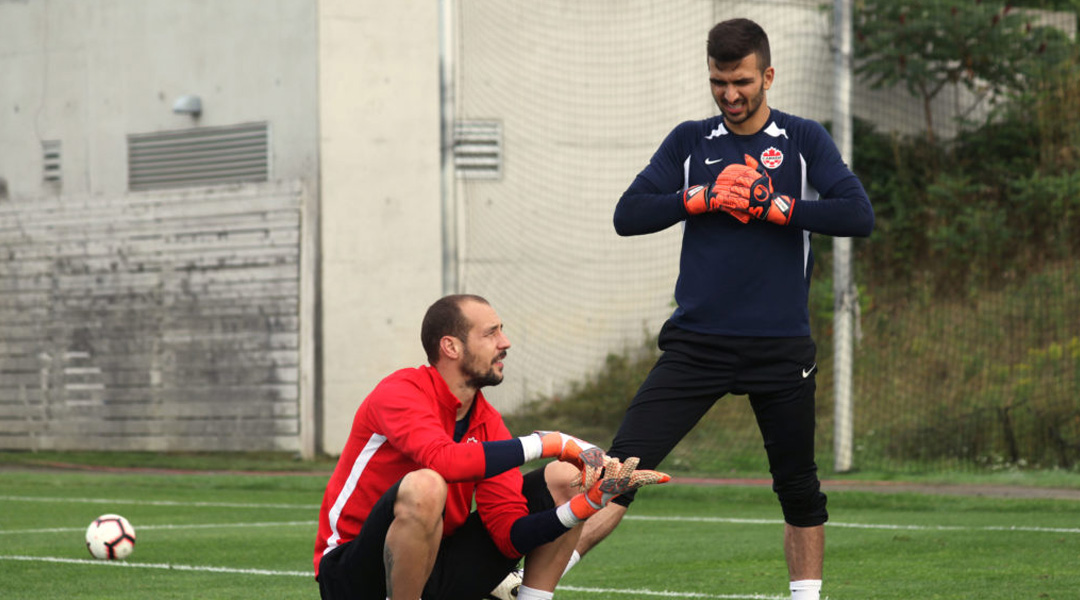 Born in Knin, Yugoslavia (now Croatia) to Serbian parents, 31-year-old Canadian national team goalkeeper Milan Borjan has a deep love for the country which provided him safe harbour while growing up: when people ask him if he feels Serbian or Canadian, he says Canadian. He even has a Maple Leaf tattooed on the back of his calf with lyrics from “O Canada” prominently on display.

The two-time Serbian SuperLiga champion – who regularly starts for Red Star Belgrade and put in some good shifts in the Champions League last year – recently spoke with the CPL’s Armen Bedakian during a training session at Downsview Park, broaching the subject of Cavalry FC’s Marco Carducci.


The former Vancouver Whitecaps product made history by becoming the first Canadian Premier League player to be called up to the Canadian national team, claiming a spot on the bench last Saturday as Borjan kept a clean sheet during Canada’s 6-0 drubbing of Cuba at BMO Field.

He’s doing a really good job. I’m really surprised, actually. This is the first time I’ve met him, but he has a bright future in front of him.

The 22-year-old Calgary native was scouted by Canada assistant coach Mauro Biello, who ranked the youngster high enough to warrant the historic call-up. While Pacific FC’s Noah Verhoeven had been called up to camp as a training player this summer (with both Tristan Borges and now-Trinidad and Tobago international Ryan Telfer also being shortlisted), only Carducci got the nod for Canada’s CONCACAF Nations League games against Cuba.


Borjan insists that while it’s great that Carducci has been recognized on the national level, he needs to keep up his consistency and continue with the work ethic that earned him his call-up in the first place:

He needs to continue working and playing games. The work that he’s been doing, the coaches have recognized here, and that’s why they’ve called him up.

Like many members of the national team setup, Borjan has been following the Canadian Premier League. He says that there’s a lot of talent on display, with Marco Carducci’s historic call-up being indicative of the high quality the league has shown so far from its inaugural campaign.


Borjan is expected to start for Canada once more as Canada plays the away tie of the Cuba matchup this evening in the Cayman Islands. The Cuban national team is facing some dwindling numbers, with three members of its squad having defected after Saturday’s match in Toronto. The game will be available on OneSoccer with kickoff scheduled for 7:15PM ET.

After that, John Herdman’s long road to World Cup Qualification – which got a little boost after Panama unexpectedly came up short against Bermuda – will resume when Les Rouges take on the United States on October 15. Carducci isn’t expected to start, but his time spent training with the national team is expected to serve him well: as Borjan says, he’s got a bright future ahead of him, and getting regular minutes in the CPL has been an integral part of that.