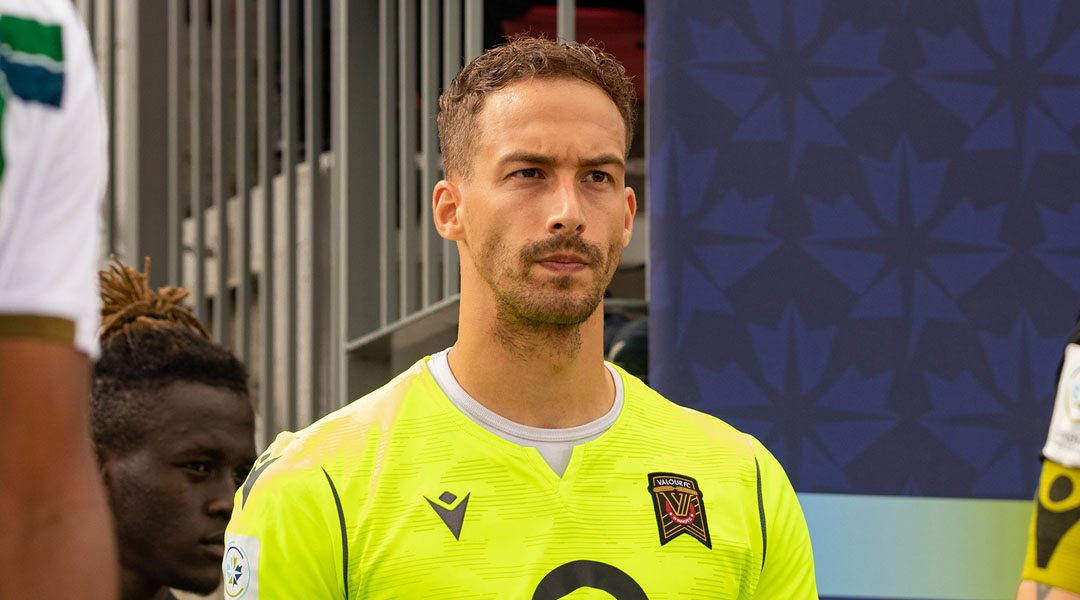 The 31-year-old goalkeeper has inked a contract with Gibraltarian side Bruno’s Magpies, re-uniting him with former Valour midfielder Jose Galan as the Mississauga-born shotstopper continues his career abroad.

As Matt Silva tells us in an exclusive interview, his journey abroad – while both enjoyable and successful thus far – comes after a difficult time in Canada’s own top flight.

Silva’s last three seasons in the Canadian Premier League didn’t exactly unfold as he had expected: he arrived in 2019 from Sweden’s Osterlen FF, where he had been a first choice goalkeeper. That was his expectation while with York9 FC (now York United), but a fractured finger in preseason saw Nathan Ingham take the role and hold onto it.

Having been limited to just one match that season, he transitioned to Winnipeg’s Valour FC in a bid for game time, but found himself ride the bench behind James Pantemis during the shortened Island Games season.

Silva still re-signed for another stint with Valour, but then found stuck himself behind the golden glove run of Jonathan Sirois, who lit the league alight. While Matt eventually made a handful of appearances, he wasn’t getting the minutes or consistency that he needed at this stage of his career.

“I was back in my own country not playing really at all, and honestly I didn’t have much else to go on,” he reflects. “It was an interesting three years, and I definitely needed to get myself out. The games I played in that last season with Valour, I feel that I did extremely well, but when Jo was playing he was phenomenal, so it was definitely his spot until he lost it and I really didn’t do anything wrong to lose it. So that’s kind of how the battle played out.”

Having decided that things weren’t a great fit for him at the end of the campaign, Matt departed as a younger second choice keeper came in to replace him. Given that most of the CPL sides had locked-in starters, however, there wasn’t a lot of opportunity for him at home – and then his phone rang regarding an opportunity in the Philippines with United City FC.

“It was an opportunity that came along when I was starting to be looked at as a second goalkeeper in Canada, and in my opinion my performances with Valour were not second goalkeeper-caliber. I think the stats in the games I played show for themselves, I was either featured in save of the match or team of the week every single time,” he said.

Silva had played in the Philippines before, having suited up for Kaya FC in 2015 before a multi-year stint in Sweden. Familiar with the country, he and his wife decided to pursue the opportunity.

The 31-year-old signed a contract with United City FC that rostered him with the club during their runs in both the AFC Champions League and the country’s domestic cup competition, the Copa Paulino Alcantara. After that, it was left to a mutual decision on whether he’d remain for the upcoming season itself.

What followed was a highlight rotation in Champions League action that saw Silva feature in underdog matches against Australian and South Korean clubs, with the 31-year-old even cracking the competition’s top five saves of the group stage.

While United City FC bowed out in the group stage of continental action, the club did much better domestically, securing it’s first-ever Copa Paulino Alcantara with Silva featuring twice en route to the final against his former side, Kaya FC.

While he didn’t feature in the conclusive match, a 3-2 win over Kaya saw the six-foot-one goalkeeper pick up a gold medal for his role in helping the club win the competition for the first time.

“It’s always good to win trophies, it’s everyone’s dream to do that. Looking back at it, it was my first trophy as a professional. I was able to feature in a decent handful of those games and had a good part in getting them to the finals. It was nice to be part of that and ultimately raise a cup there with my wife being there – and it’s obviously a nice resume booster, too.”

Silva’s highlights from the tournament had turned a few heads, which meant that after parting ways with United City his return to Canada was brief: he was only in the country for about ten days or so before flying out to Gibraltar to sign with Bruno’s Magpies ahead of the club’s Europa Conference League bouts.

For Silva, it’s another unique chapter for a well-travelled goalkeeper who is keen to keep adding new experiences to his toolbox.

“You just take a little bit of everything from everyone,” he says about playing around the world. “I know that’s the typical answer you would expect, but it’s the truth. If you’re not learning from a different culture and style for coaching, you’re just not growing your game completely. You have to learn different techniques, styles, and methodologies… languages as well, which is always a tough one. Just put it all together and it makes you grow definitely in a better way instead of being in your own little world, your own little bubble. So, I’m hoping that it’s making me a bit more of a well-rounded person and player for those reasons, too.”

The moves sees him reunite with former Valour midfielder Jose Galan, with the duo similar in that they’ve switched between a lot of clubs throughout their careers, though Silva’s eleven clubs is firmly in the shadow of Galan’s twenty-three. As you could expect, however, Silva is keeping what will follow his stint in Gibraltar up in the air.

“That’s kind of how my career has gone,” he says with a laugh. The opportunity to showcase himself in continental action would be another significant resume booster after his AFC Champions League performances, so it’ll be interesting to see what happens next.

Silva’s new club will play its first qualifying round in the Europa Conference League tomorrow, against Northern Irish side Crusaders FC. The away leg will take place next week.