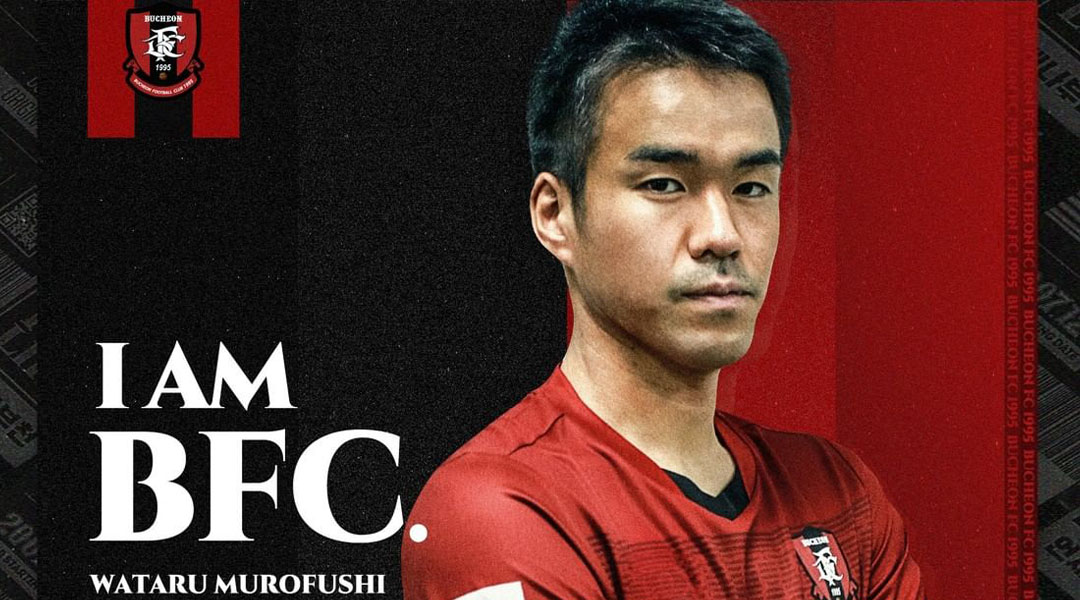 Former York United midfielder Wataru Murofushi will be continuing his footballing career back in Asia.

The former Nine Stripe has been unveiled as the latest signing for South Korean tier two side Bucheon FC, who finished two spots up from the bottom of K League 2 action last year.

The 25-year-old midfielder had made 36 appearances for The Nine Stripes over the last two years, appearing in all seven of their matches at The Island Games despite not getting a full ninety minutes in any of them. In his first season with the club, the right-footed midfielder scored three goals, his last of which came in the form of a 96th minute equalizer against a nine man Cavalry FC.

While he played well for York United in an oft-undersung role, the 25-year-old found himself being the club’s oldest international after the Island Games, and we stated that he wasn’t likely to return as far back as October when he was labelled as out-of-contract.

Prior to his arrival to North American football, Murofushi spent a memorable first season as a professional athlete with Albirex Niigata in Singapore, where the club recorded a domestic quadruple across an invincible season. The Japanese midfielder contributed an astounding 13 goals in 27 appearances across all competition, picking up the league’s player of the year award for his efforts.

He then joined York United (then York9 FC) in January 2019, stating he was eager for an opportunity to ply his trade in North America and work on his English. He was the club’s second-ever international signing after Simon Adjei, who now finds himself in the Swedish top flight.

York United has undergone a total overhaul of most of its Island Games roster, which includes a complete replacement of its internationals with the exception of Nicholas Hamilton. While Murofushi has landed in a good spot, it remains to be seen where Brian Lopez, Gabriel Vasconcelos, and Fugo Segawa end up.

With the club only retaining ten players from its 2020 squad roster, it’ll be interesting to see how York United fairs in a full-length 28 match season – especially with a young squad with an average age of just about 22. The club has officially become the first side to fill up its 23-man roster for the 2021 Canadian Premier League season (including all seven international spots), though since multiple players are on loan until the end of June there’s room for the club’s two CPL U-SPORTS Draft picks to sign developmental contracts until their return.