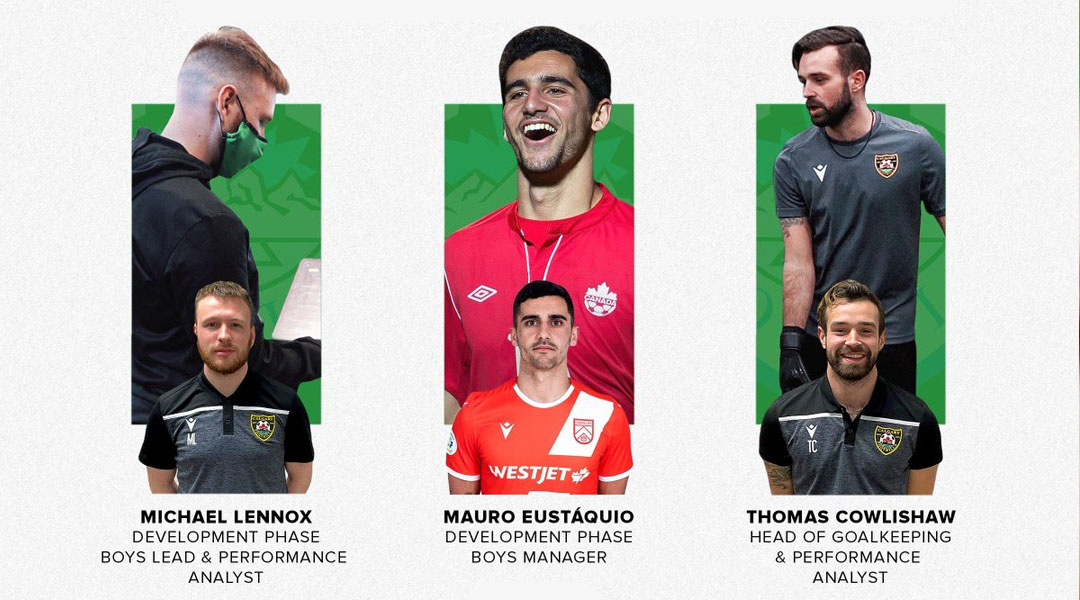 Former Cavalry FC midfielder Mauro Eustaquio has joined USL2 side Calgary Foothills in a coaching role following the end of his playing career.

The 28-year-old enjoyed quite a well-travelled career that took him between Portugal, Canada, and the United States. Having played some 88 professional appearances between the three countries, Mauro recently opted to hang up his boots having last played for Portuguese side Caldas SC.

In his new role as the Development Phase Boys Manager with the Foothills, Eustaquio will help the men’s side develop through the U-8 to U-18 Tier 1-5 programs. The Nazare-born athlete was warmly welcomed by Jonathan Wheeldon, another former Cavalry FC athlete who transitioned into coaching with the Foothills after obtaining his Canada Soccer A license:

Mauro is a fantastic guy who will bring a wealth of knowledge and a great networking system which will be vital for our players in the development phase. We look forward to having Mauro as part of our team.

The club also announced the hiring of two other young coaches, with Michael Lennox arriving from the Calgary Baraca Academy and former Foothills goalkeeper Thomas Cowlishaw donning the role of Head of Goalkeeping.

While the Calgary Foothills typically field a team in the USL2, the COVID-19 pandemic looks like it will prevent the club from doing so this year due to border difficulties. To that end, there have been longstanding rumours that the Foothills may be involved in establishing a second division at the domestic level, though it remains to be seen what’s ultimately in store for the Calgary-based side.

We wish Mauro Eustaquio all the best in his next chapter.