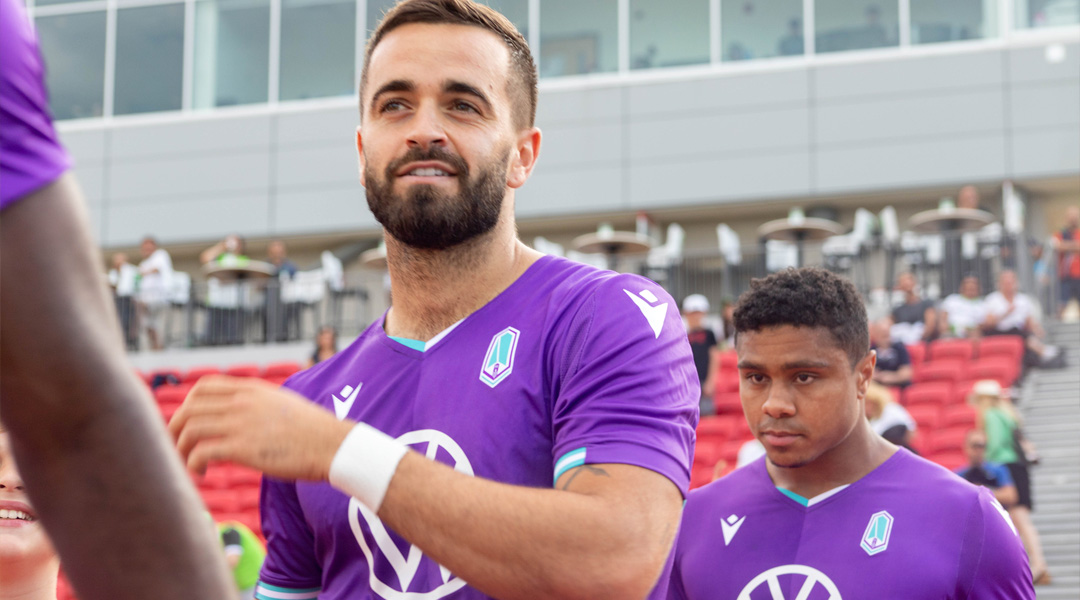 Pacific FC has now scored eleven goals in its last five games, though the Vancouver Isle-based side only has two wins to show for it. The increase in the club’s impressive goalscoring output has been in large part to the combined efforts of Victor Blasco and Terran Campbell, who have scored eleven goals in the last seven games between them.

Eight of the club’s last eleven goals come from the pair, representing quite a hot streak.

With yesterday’s brace against the Halifax Wanderers, 20-year-old forward Terran Campbell – who has stepped into a larger role while Marcus Haber is out injured – has now tied Tristan Borges in the race for the league’s golden boot. The ‘Canadian Hulk’, as he’s called by teammates, has accumulated seven goals in just fourteen league games.

Ever the humble player, Campbell attributed his success to team-wide confidence rather than acquiescing to a focus on his individual efforts.

Campbell was equally as humble after putting a goal past the Nine Stripes during Pacific FC’s midweek matchup in the York Region a few days ago. During the post-match interview, he was asked about his red-hot form and made sure the focus remained on the team as a whole:

I think we’re coming together offensively. At the start of the season, I don’t think we were the best attacking team. As the season has been going on, we’ve been playing better football attacking-wise, and I’m just lucky enough to get on the end of some of those.

For Blasco, Pacific FC has given him a taste of individual success within a professional sports scene that he came very close to never seeing again: after a youth career that saw him go from Barcelona’s famed ‘La Masia’ academy to Cornellà and Mallorca, the Spanish midfielder went to Vancouver for his education and eventually signed on with the Vancouver Whitecaps 2. In 2016, he was released by the club for an undisclosed breach of personal conduct and dropped out of the pro game entirely.

One is young and immature, and life gives you a lesson the hard way sometimes. I spent three years away from soccer due to mistakes. And thankfully, Rob Friend, Josh Simpson, James Merriman, and Michael Silberbauer believed in me.

At the time he was released, Blasco was leading the Whitecaps 2 in assists and had four goals on the season. He’s now earned five goals in his first fourteen league appearances with Pacific FC, proving that he certainly still has what it takes to compete at the professional level.

With four games played in the fall season, Pacific FC finds itself right where it finished in the spring: fifth place. Pacific FC head coach Michael Silberbauer still has the roster space to bring in two additional signings during the fall transfer window, though the Danish manager hasn’t made any indications that the Vancouver Isle side will be making any transfers in the near future.


With Silberbauer firmly stating that reputation won’t win players starting spots on the Pacific FC roster, the red-hot form of Campbell may just see Haber drop down in the selection order when he’s back to fitness – assuming it’s a choice between the two.

With both Campbell and Blasco being former Vancouver Whitecaps 2 players, it’s good to see players with strong ties to British Columbia finding good individual success in the province, though whether that can translate into long-term improved results for the team itself remains to be seen.