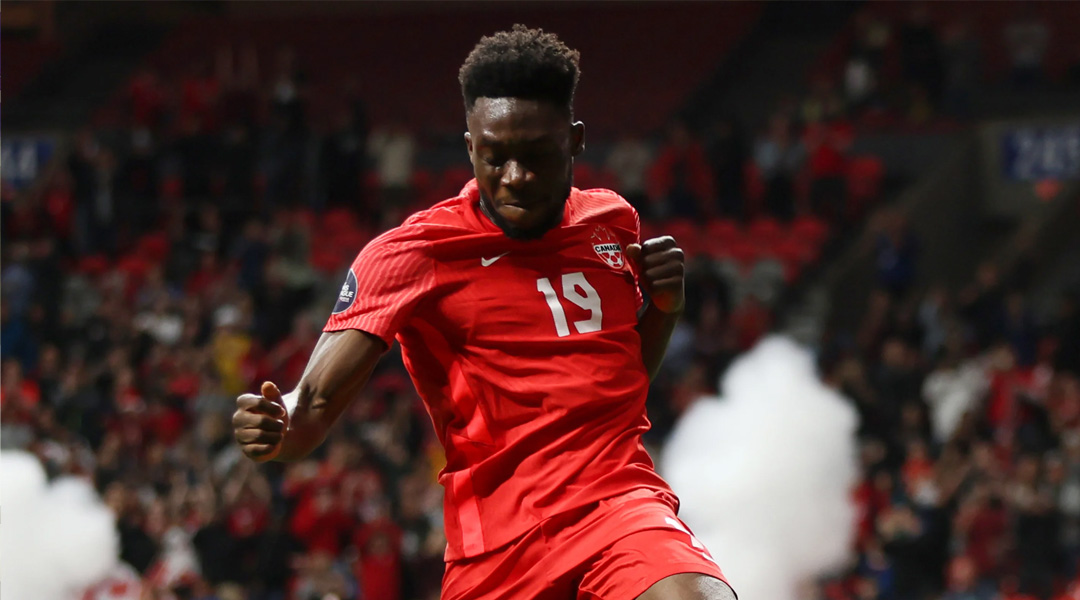 After a tumultuous buildup that saw the Canadian men’s national team go on strike against Panama, Les Rouges took to the pitch in competetive action to best Curacao 4-0 last night and slot themselves top of the group.

The match was the country’s first since qualifying for the World Cup in March, with Canada entering as favourites and completing the job as such.

Canadian icon Alphonso Davies, in particular, marked his return to BC Place in some style, nearly getting Les Rouges on the scoresheet in the opening minute of action and later earning himself a penalty in the 27th minute. The Bayern Munich man took the spot kick, sending Curacao goalkeeper Eloy Room the wrong way to put the hosts in front.

The Reds continued an expectedly dominant performance, with the full-backs pushing up and the defenders getting in on some of the offensive action, too. The tactic paid off at the end of the first half, with 35-year-old Steven Vitoria getting his head to a low-angled cross from Jonathan David to double Canada’s lead.

Canada entered the second half as the dominant force, bursting forward from the wings with Eustaquio commandeering the middle of the park to stifle any quick buildup from the visitors.

Curacao’s best chance of the game came in the 56th minute, with Milan Borjan getting rounded but Alistair Johnston clearing the effort.

Curacao did well to fend off Canada through the bulk of the second half, but Premier League-bound Richie Laryea would soon combine with Davies to net a third for the home team.

With Davies marking his return to national team duties for the first time since November – and at his old stadium, no less – it was clearly a night to remember for the national team star.

Canada would round out the match with a nice Vancouver connection, with former Whitecaps man Sam Adekugbe breaking in from the left flank to set up a powerful finish from VWFC striker Lucas Cavallini:

The Canadian national team saw an initial buildup friendly against Iran get cancelled through political pressure before the replacement match against Panama saw the men’s national team refuse to play amid a stall in negotiations between the players and the Canada Soccer Association.

The still-unresolved negations didn’t shake the national team on the pitch, with John Herdman’s side looking focused from the first minute to the last. The size of the crowd, however, looked impacted by the off-pitch drama leading up to the match.

Canada now rises to the top of its group despite only playing one match, ahead of both Curacao and Honduras on goal difference after they’ve each played twice.

Canada will now travel to Honduras to play its second CONCACAF Nations League bout on Monday.