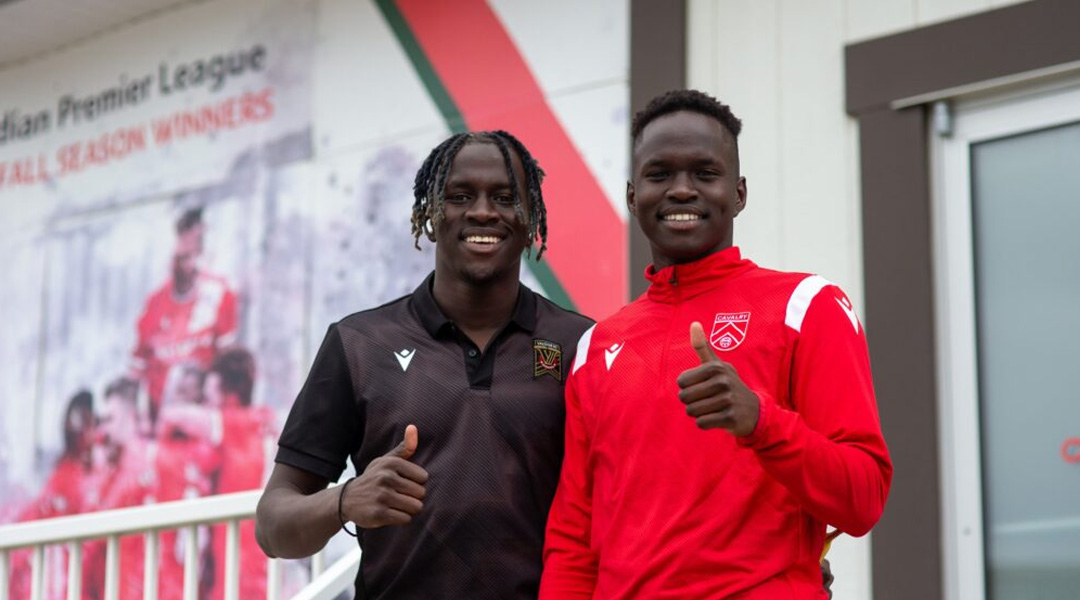 Calgary-born midfielder Victor Loturi, 21, has made a big impression for the Staggies and is now getting starts under head coach Malky Mackay. His professional career began with Cavalry at just 17, and his growth was clear to see: he was bossing around the midfield at Spruce Meadows this season before Ross County signed him to a three year deal.

His time with Cavalry saw him develop alongside Joel Waterman, who now plies his trade with CF Montreal and is part of Canada’s World Cup squad in Qatar. There too is Sam Adekugbe, brother of Loturi’s former teammate Elijah, who is set for an intra-league move to Ontario.

“It’s crazy – two of our friends are at the World Cup. They are Joel Waterman who I played with, and my ex team-mate’s brother is Sam Adekugbe. We are supporting them and hoping they do well – seeing it happening for those guys especially shows that we can actually do it. We have just got to keep working,” Loturi told The Press And Journal this week.

“It’s actually kind of mad to think about it because three or four years ago we weren’t even playing at a professional level, but now we are so much closer to it which makes it so much more believable.”

The 21-year-old knows Herdman is keeping a close eye on Canadians in Scottish football, with St. Johnstone’s David Wotherspoon cracking the roster and Scott Arfield having previously captained the side.

“There are people in this league that are going,” notes Loturi. “Australia also have a few players who we have played against, which shows it’s possible.”

His older brother William Akio arrived not long after Loturi himself following some impressive showings at Winnipeg’s Valour FC. While the 24-year-old has represented South Sudan previously, he states that he isn’t cap-tied and still remains open to a Canadian call-up should the opportunity arise.

“It would obviously be great to play for Canada. For all the people that supported me during my journey, it would give them a little treat.”

Akio has mostly featured on the right wing at Ross County, where the majority of his ten appearances have come as a late game sub. His sole goal came on his league debut against Aberdeen, with his last appearance seeing him feature against league giants Celtic FC.

For both brothers, the CPL was a crucial stepping stone to top flight European football, despite the comparatively young age of Canada’s top flight.

“The league only started in 2019, so it wasn’t even that long ago. Before then, there was nothing. You had to just get picked up, and sent over to Europe or elsewhere in North America. That’s kind of how you made it. I took the college route to get here, and Victor also did really well for himself,” he said.

Yesterday saw Canada put on a good showing against Belgium, who found it difficult to deal with a hard press put forth by Herdman’s side. While the Canucks lost 1-0 to FIFA’s second-ranked team, they certainly showed that they belong on the world’s biggest stage.

“When we grew up in Canada we weren’t really thinking about being at a World Cup,” reflects Akio. “The fact it’s happening so fast, it would mean a lot for these boys to make it to the next stages. I do think it’s possible. We’ve got a lot of good players.”