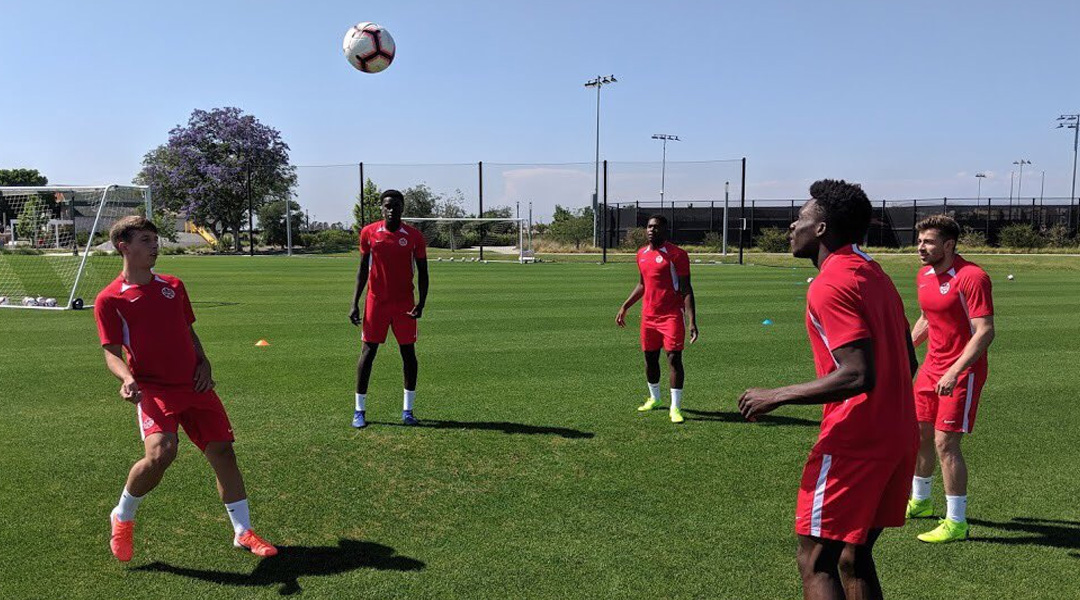 When Canadian National Team Head Coach John Herdman listed his preliminary 40-Man roster for the Gold Cup, there weren’t any domestic Canadian Premier League players who made the cut (although four CPL players did receive call-ups for other countries). The burgeoning league may still be waiting for one of its domestic players to make a Canadian National Team appearance, but it’s contributing in other ways for the time being.

Today, the Canada Soccer Association has revealed that 19-year-old Pacific FC midfielder Noah Verhoeven has joined the Canadian pre-competition camp in Los Angeles as a training player. While this means he won’t be playing for Canada at the tournament, he’ll be training with the national team and getting fantastic experience as a result.

Beyond that, it will allow John Herdman to get an in-depth look at the Surrey-born youngster. If he impresses during the National side’s pre-competition camp, a future call-up might just be on the cards.

Herdman isn’t shying away from using youth in the National Team either, with 18-year-old TFC2 youngster Noble Okello making the final 23-man roster. Only teenage phenom Alphonso Davies is younger than Okello, and his inclusion was never in doubt. Vorhoeven’s own team is the youngest in the Canadian Premier League, and has already accumulated double the domestic U-21 minutes required each season by the CPL.

It’s expected that Verhoeven will return to Pacific FC when the national team begins its Gold Cup campaign on June 15 against Martinique. That coincides with Pacific FC’s next game, which is an away trip against York9 FC – so Verhoeven likely won’t miss any games as a result of the pre-competition training camp.

Had the club not been eliminated in the first qualifying round of the Canadian Championship, Verhoeven may not have had the opportunity to train with the national team – so there’s certainly silver lining there.

The Canadian Premier League is young, but it’s great to see that players in the league are certainly on Herdman’s radar. The future is looking bright.