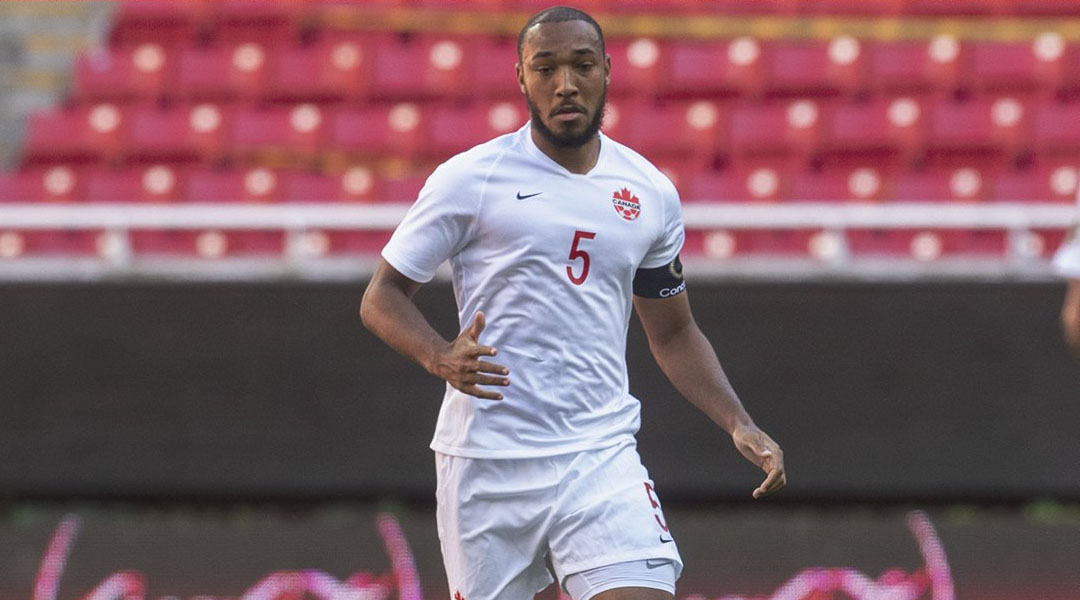 It was a tale of two halves as Canada walked away with all things level against Haiti in Akron Stadium, Guadalajara today.

The Canadian U-23 pressed well but couldn’t create ample clear-cut opportunities against a Haitian side in the first half, with their Concacaf opponents then forcing CF Montreal goalkeeper James Pantemis into numerous stops in the second half. Both sides kept things level, with each team walking away with their respective Olympic Qualification hopes still alive.

Canada had gotten its Olympic Qualifying campaign off to a hot start this weekend, with New England Revolution forward Tajon Buchanan scoring a brace as Les Rouges took control over El Salvador to start its campaign with a 2-0 win on Saturday. Tonight, the young reds faced a Haiti squad which had lost 3-0 in its opening match against Honduras after several players were prevented from playing due to COVID-19 protocols.

The opening few minutes saw Canada press early, earning a few set piece opportunities and seeing a rocket from Marcus Godinho fly just over the bar. The best chance of the opening 15 saw a fast cross from Brault-Guillard reach Lille prospect Charles-Andreas Brym, who deftly played it towards Tajon Buchanon – though the forward’s strike was blocked away by rushing Haitian goalkeeper Alan Jerome.

The Brault-Guillard-Buchanon linkup nearly caused additional problems for the Haitian defense in the 20th minute, with a well-placed cross seeing the forward jostle for the aerial opportunity before the chance was ultimately smothered. Thirteen minutes later, Aidan Daniels picked up the first booking of the game for a late challenge Wendy St. Felix – Canada’s fourth of the tournament overall.

Haiti got perhaps it best chance in the first half just a few minutes before it came to an end, with a long distance set piece meeting an unmarked forward who then headed his effort well wide of the post. Canada then saw Bair break though the line of defenders five minutes from time, before he was flagged as clearly offside.

The Canadians started the second half strongly, with Buchanon earning a freekick just outside the box three minutes in, though he hit the effort well above the net. His breakthrough seemed to be on in the 53rd minute, with Buchanon rounding the goalkeeper outside of box before the offside whistle belatedly confirmed the chance was over.

The Haitians earned an opportunity against the tide of things via a set piece chance, with a far-post cross nearly making way for a close chance against the run of play – and prompting whispers of a possible handball from Buchanan.

With the scores still level and Haiti coming out stronger in the second half, Beillo made his first change in the 58th minute by bringing on Ballou Tabla to replace Aidan Daniels.

Just four minutes later, a well-struck freekick from Michael Baldisimo found Buchanan, who headed what would have been his third goal right into the goalkeeper’s awaiting arms. Seconds later, Haiti nearly flipped the script by coming inches away of its own go-ahead goal: the match was opening up.

Pantemis was then forced into a thundering save after Haitian midfielder Eliader Dorlus unleashed an audacious long range effort, nearly scoring what would have been one of the best goals of the tournament so far.

The turning tides saw Biello continue to search for inspiration off the bench, with the coach bringing on 18-year-old Lucas Dias and 21-year-old Zorhan Bassong to replace Theo Bair and Zachary Brault-Guillard respectively.

Canada continued to weather increased pressure from Haiti, who took advantage of a slip from David Norman Jr. to fire a relatively tame effort that Pantemis was able to push down into the ground. Les Grenadiers really should have grabbed the lead moments later, with Clerveaux catching Norman Jr. unawares and heading the ball near point-blank against Pantemis – though the six-foot-three goalkeeper found himself equal to the save.

Brym, who had a quiet match overall, was then replaced by Ryan Raposo with twelve minutes left to go.

The Haitian bench contained worried faces aplenty when goalkeeper Alan Jerome looked to be hurt with a few minutes to go, with the Caribbean country having no backup on the bench. Thankfully, the youngster was okay.

Canada nearly found a last-gasp goal with a few minutes to go, dribbling through the box – perhaps taking too long doing so – with an eventual shot being blocked by the Haitian defense.

The 90th minute saw Metcalfe win a freekick from a decent distance outside the box, with the inbound set piece seeing yet another offside foul produced by Canada.

In added time, Buchanan shot off like a rocket on the wing and drew in the Haitian defense, playing the ball smartly to a wide-open Ballou Tabla, who scuffed the opportunity going far-post to miss his second big chance in just as many games.

It all came down to a final set piece opportunity won by Ryan Raposo far out on the left wing, but it wasn’t meant to be: after four minutes of added time, the referee’s final whistle confirmed what was ultimately a frustrating draw for both sides.

With the match showing a tale of two halves, Biello will be left wondering if his striker selection is up to task for the Olympic Qualifiers. Still, with one match to go and qualification on the line, Les Rouges are certainly still in it with a decent hope of making the semi-finals.

Canada will now close its group stage campaign with a match against Honduras on March 25. Should the squad finish in the top two, it will advance to the semi-final stage three days later, where the two semi-finalist winners will qualifying for the Tokyo Olympics this summer.

The senior national team will also be kicking off its World Cup Qualifiers against Bermuda on March 25.