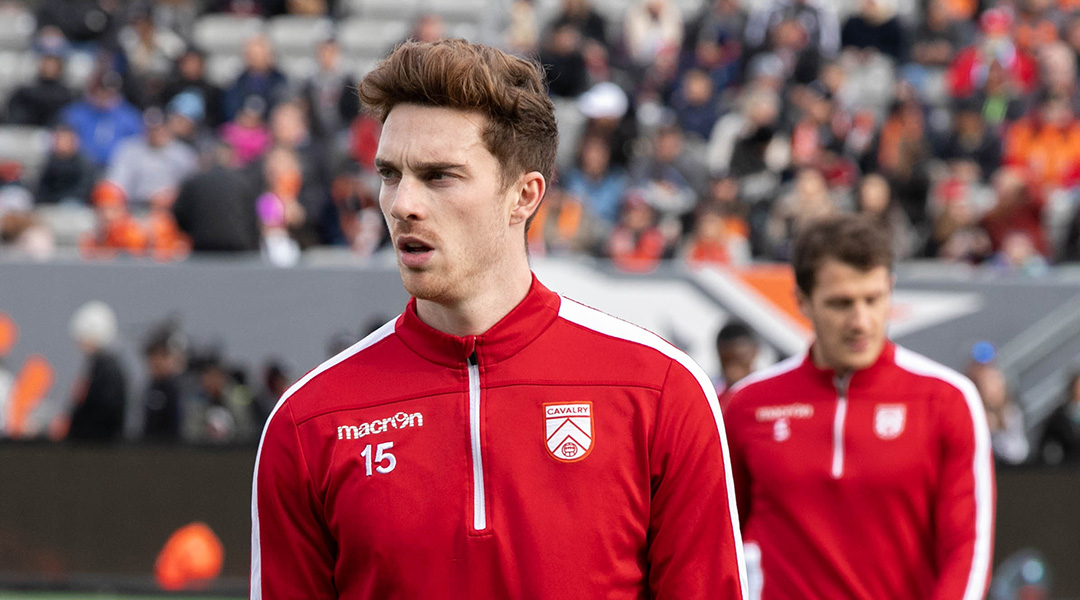 The 26-year-old defender has been enjoying a stellar year in Wilfried Nancy’s CF Montreal side, where he’s broken in as a consistent starter for the high-flying MLS team.

Herdman’s call up of the versatile defender comes months after pleas for his inclusion have echoed from coast-to-coast.

Today’s announcement becomes the latest page in a chapter about surpassing expectations that is somewhat of a hallmark in Waterman’s career: no stranger to drastic jumps upwards, the Langley-born defender rose from being a midfielder at Trinity Western University to a bonafide professional with Cavalry FC, helping the team to the league’s first-ever CPL Finals.

He then became the first CPL-to-MLS transfer, proving himself as a relatively unknown fringe player at CF Montreal to eventually become a key defensive presence in what looks to be Canada’s only MLS Cup contender this year.

His progression in MLS circles didn’t come easy: he had a few rough starts as forced himself in from the fringe, with Kamal Miller saying that he had always had the talent, but only exploded once the ‘chains were off’ and he believed in himself a bit more.

That belief rung through rock solid earlier this year when Waterman put a public bid on his own World Cup fortunes, stating that he wanted to be a part of Canada’s World Cup squad not only this year, but 2026 as well.

“I want to play for my country and get that first cap, that’s something I’m chasing, so it just gives me an extra push, that extra motivation to keep playing well here and hopefully get that chance,” he told OneSoccer this May.

He isn’t the only CPL-to-MLS product with that goal, though it looks like Toronto FC’s Lukas MacNaughton will have to bide his time for now.

Waterman is now set to get a golden opportunity to show John Herdman exactly why he deserves to be on the plane bound for Qatar this November. With Doneil Henry sidelined through injury, this moment is clearly Waterman’s best opportunity to impress.

Canada’s path to the 2022 World Cup was anything but easy, but Herdman’s years-long transformation of the team has seen many chances handed out to players along the way, so long as they could put in the work.

It was only back in March when Canada qualified for its first World Cup since 1986, with the likes of Tajon Buchanan and Alistair Johnston all making their debuts in the opening stage of the qualifiers, and Les Rouges both outscoring and under-conceding all opponents in their final group.

Waterman is now over 5,600 minutes into his CF Montreal career, proving an energetic defender with great tactical acumen and a growing belief in his own game.

“He’s a defender who has done enough to get an opportunity to test himself internationally with Canada,” said Patrice Bernier in a local column last month.

Waterman isn’t the only one to break into the Canadian roster with a World Cup looming, as Blackpool loanee Theo Corbeanu earned another nod and Espanyol youngster Luca Koleosho enters, too.

Canada will open its friendly window in Austria with a match against Qatar on September 23, followed shortly by a more high-profile tilt against Uruguay in Slovakia on September 27. Interested fans can tune into the matches on OneSoccer.