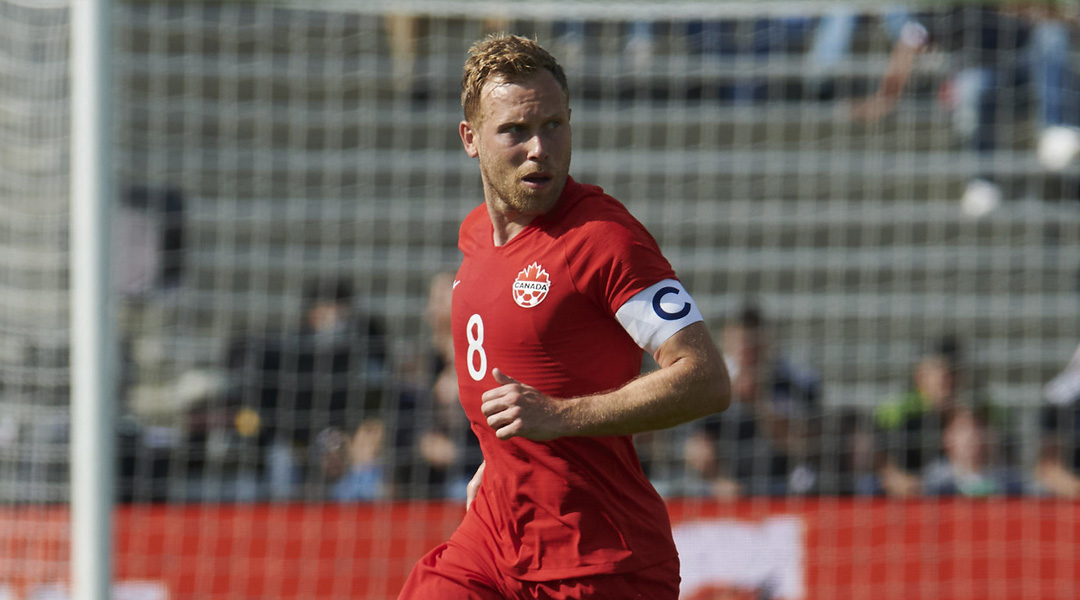 The Scotland-born international had last featured for the Canadian national team in 2019, with speculation about his retirement from international football mounting a year later after comments from former Rangers boss Steven Gerrard.

Arfield later said that his involvement with the team would be up to head coach John Herdman, with the midfielder now making his international retirement official through an announcement tonight.

The Scottish-Canadian had earned 19 caps for Les Rouges, with his late-blooming international career also seeing him collect two goals and six assists over his three years of active national team duty.

“It’s with a heavy heart that the time has come to officially announce my retirement from the Canadian men’s national team,” he said on social media, “I have loved every minute representing Canada. I am extremely grateful for the opportunities and experiences I have been given both on and off the pitch.”

While rumours had circulated about a potential relationship breakdown between Arfield and the national team – quiet whispers had alleged he did not want to participate in matches against relative minnows in the early stages of qualification – Arfield denied any such incompatibilities in his post:

I have a fantastic relationship with John Herdman and want to thank him for trusting and giving me the honour to captain the team in his early days as manager. Thanks to every staff member, every supporter and every team mate along the way. I’m desperate to see the boys get to Qatar and let the world see what a fantastic place Canadian soccer is in.

Arfield made his debut for the national team in March 2016, making a substitute appearance in a 3-0 loss to Mexico at BC Place. He established himself as a regular starter for Les Rouges the following year, featuring heavily in the 2017 Concacaf Gold Cup and scoring his first international goal against French Guiana that summer.

He was then tasked with wearing the armband for the club’s Nations League campaign in 2019, making six appearances between both that and a quarter-final run in the 2019 Gold Cup. Despite Canada proceeding to mount it’s best-ever World Cup qualification run since 1986, the Rangers midfielder was then excluded from the squad.

While his last match in Canada saw him captain the side through a historic win over the USA, his final match under John Herdman was a 4-1 defeat to our southern neighbours the following month.

The news of his retirement comes shortly before a big international window for the Canadian national team, with three World Cup qualifiers set to take place between January 27 and February 2. Canada currently rests atop of its eight-team group, ahead of traditional favourites Mexico and the USA.

“From day one in the programme, I have stated that this team under the right guidance will fully reach their potential and I’m proud to see it coming to fruition,” said Arfield.

Canada’s rapid rise in the FIFA World Rankings has allowed his compatriots to look towards Europe for their next steps, with Toronto FC full-back Richie Laryea signing with Nottingham Forest and Inter Miami’s Jay Chapman signing with Dundee FC.

Arfield, 33, now finds himself in the midst of his fourth season with Scottish side Rangers, where he features regularly under new boss Giovanni van Bronckhorst. Former boss Steven Gerrard joined Aston Villa earlier this year.

Arfield had been eligible for the Canadian national team through his father, who was born in Toronto. He had featured for Scotland at the U-19, U-21, and B levels before applying for a one-time FIFA eligibility switch at the age of 27.