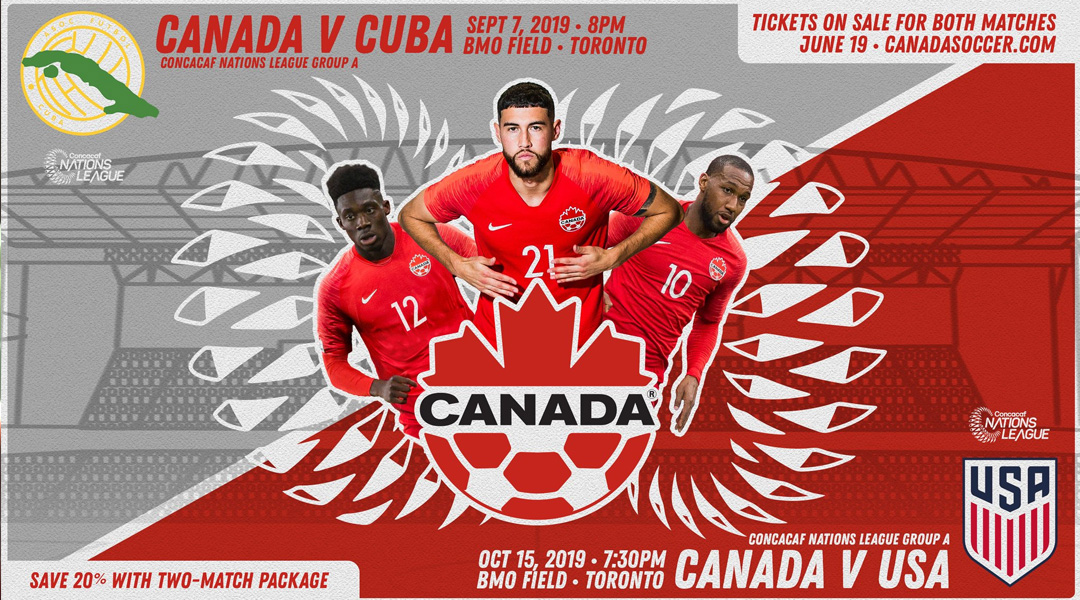 Canada earned its League A, Group A spot in the CONCACAF Nations League after finishing second in the qualification stage, having scored some 18 goals after four straight victories. In its next group, however, they will be facing tougher competition – especially against its neighbouring rival, the USA.

“It’s an important time for Canada to get two matches against USA, which on top of being derby matches they provide us with the chance to test ourselves, to learn, and to develop against the reigning Concacaf champions. We also get to face Cuba and we know that they will give us a tough test, home and away, but particularly the away leg will test the resolve and resilience of this team.”

Fans interested in attending both games will get a 20% discount for doing so. With tickets starting at $20, both games should be fairly accessible for the majority of soccer fans in the Toronto area. Having won its home qualifying round matches in Toronto and Vancouver, the national team set a record for most consecutive home wins. The two matches at BMO Field present a good opportunity to extend this run.

Prior to the fall season matches, the Canadian national team will be looking to have a productive summer with the 2019 Gold Cup set to kick off this weekend. Placed in a tough group against Martinique and Mexico, it’ll be interesting to see how Canada performs in the tournament. As Canadian international Jonathan Osorio stated, this will be the tournament for the next generation truly to truly prove itself on the big stage.

In any event, Toronto-based fans will be spoiled in the fall months when CONCACAF Nations League action arrives to the city – though whether they’re left cheering after both home games remains to be seen.