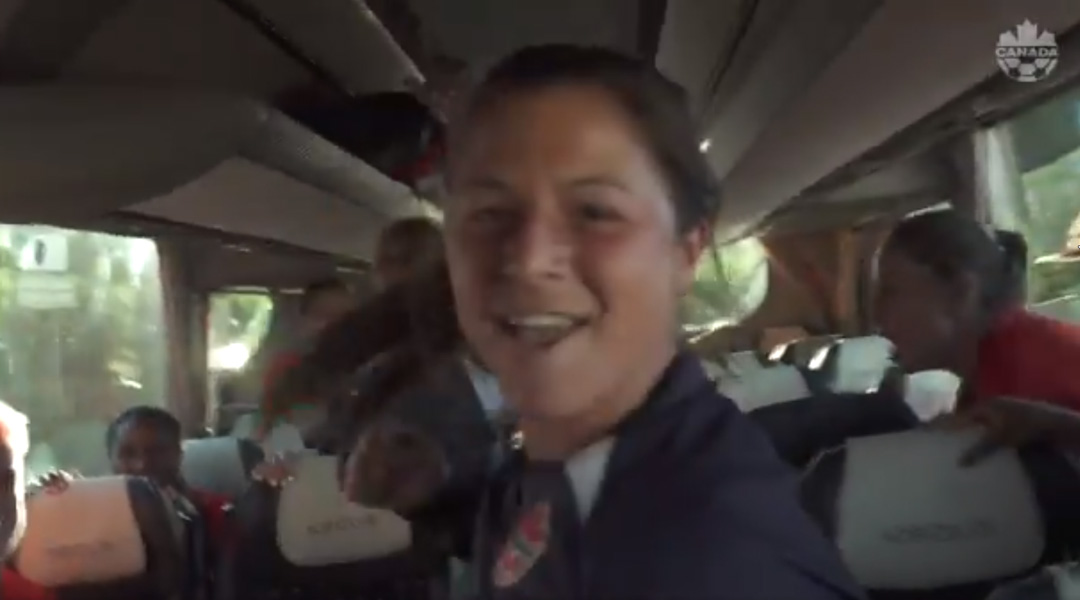 After opening their FIFA Women’s World Cup campaign with a 1-0 win over Cameroon, the Canada Women’s National Team is in a good mood ahead of their upcoming Group E fixture against New Zealand this Saturday.

This morning, the Canada Soccer Twitter account released a video of the squad breaking out into song and dance as they travelled by coach within France. As the team clapped and cheered, players like Stephanie Labbé – who hasn’t conceded a goal this calendar year – danced and sang along to Canadian icon Shania Twain’s ‘Man! I Feel Like A Woman’.

The video sparked a response from Shania Twain herself, who tweeted out some words of encouragement to the Canadian National Women’s Team that included several clap emojis. In its first two hours of posting, the video has already been viewed some 50,000 times – evidently, Canadian fans are loving the all-star Canadian combo.

Beyond showing that the Canada squad is in good spirits, the video is ample evidence that team cohesion is strong for Les Rouges. Kenneth Heiner-Møller’s side is expected to offer strong competition in the World Cup, and that level pressure isn’t easy to cope with – though the team seems to bedoing quite well in that regard so far.

After the team takes on New Zealand this Saturday, the squad will close out its Group E action with a match against the Netherlands on July 20. The squad will almost certainly need another win to make it to the knockout stages, but given the stature of the team, fans will feel that they’re certainly capable of all nine points.

While only time will tell what happens at the FIFA Women’s World Cup, it’s fair to stay that Canada has a great chance of progressing beyond the group stage – and that’s quite a feat for a country without its own professional women’s league.