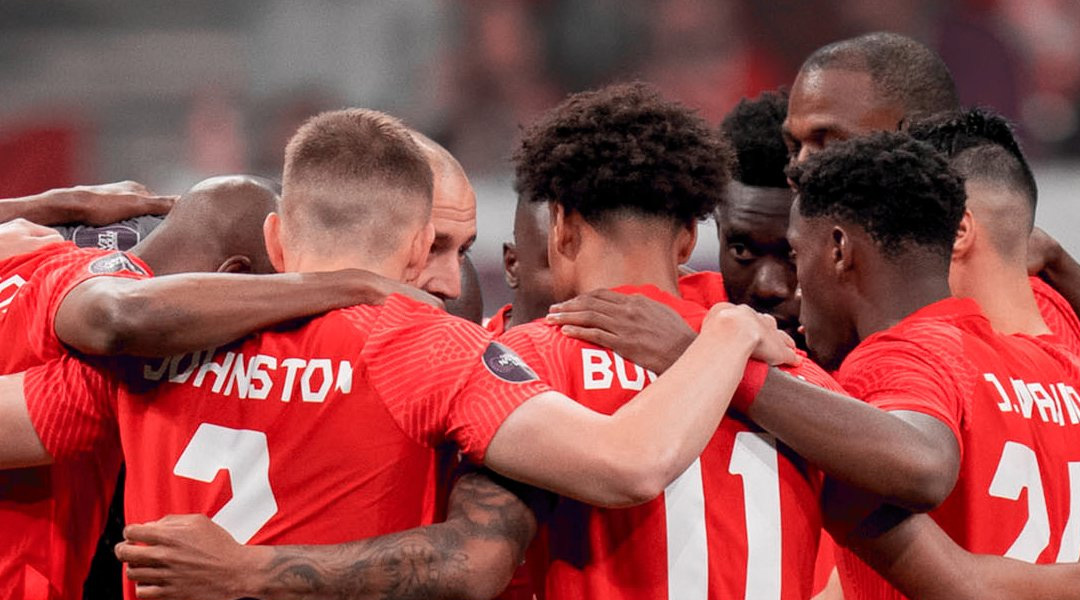 Canada’s FIFA Men’s World Cup hopes came tumbling down last night after a 4-1 loss to Croatia, though the match-opening goal from Alphonso Davies provided an electric moment of history for Les Rouges.

With back-to-back losses against Belgium and Croatia now mathematically ruling out Canada from advancing beyond the group stage, however, there’s some harsh lessons to be learnt. Don’t get us wrong: we’re still tremendously proud of Canada for not only reaching its first Men’s World Cup in 36 years, but also for proving that the country belongs here.

To get to the next level beyond that – collecting results on the world’s biggest stage – there’s a few lesson that Belgium and Croatia have given us, though:

Don’t Give Your Opponent Motivation

We all know what’s coming here: When Canada turned heads after a feisty, narrow loss to heavy favourites Belgium last weekend, John Herdman made international headlines by quoting that Les Rouges would ‘go and f*** Croatia next. It’s as simple as that.”

It was described by a few Canadian outlets as a smart deflection of attention away from Davies’ penalty miss against Belgium (one journalist even described the tactic as subtle, which it absolutely wasn’t), but it gave Croatia motivation aplenty to twist the proverbial knife when they had the opportunity. And boy, they did so.

The tabloids were quick to pick up the quote, Croatian media was set alight, and it actually took pressure off of Croatia head coach Zlatko Dalic following his opening draw against Morocco. In the end, the ballsy comment only served to fuel a fire in the hearts of a Croatian team that marched out to secure a hefty 4-1 victory at Khalifa International Stadium.

“I want to thank the Canadian coach for the motivation,” added brace-scoring Kramaric after the match. “In the end, Croatia demonstrated who eff’d whom.”

Herdman, to his credit, admitted that his candid comment was a mistake, and something that he would learn from. The downside here, of course, is that those kind of mistakes tend to give you four years of time outside of a World Cup to stew on them.

Let’s hope we can close out against Morocco without any other controversies like the post-match ‘no handshake’ rumours and Davies not speaking to the international press corps, too. That isn’t the legacy we want to build.

John Herdman hasn’t got a lot wrong in the buildup to the World Cup: he’s already done his experimentation to see how to get the best out of his players, and when to apply them in terms of substitutions. That’s why it was a bit of a shocker that he didn’t take off Atiba Hutchinson at half-time after it became clear that the 39-year-old was having a difficult time against Croatia.

Herdman even commented post-game that conceding a second goal before half-time had turned the tide against Les Rouges, stating that one has to make tactical adjustments at the half after conceding so close to it. His additions of Jonathan Osorio and Ismael Kone were great, but Hutchinson – on his one-hundredth cap or not – ought to have come off at that point.

The Canadian coach later commented that he wanted to bring Hutchinson off in the 55th minute, but the 39-year-old midfielder wanted to stay in the game. Herdman left him on rather than putting his foot down, and about 15 minutes later Atiba lost the ball at the start of a Croatian counter that ended with their third goal. He came off a few minutes later.

His delayed substitution might not have been the straw the broke the camel’s back, but at this level a head coach needs to trust his instincts – after all, those are what led Canada to Qatar to begin with.

With the likes of Alphonso Davies, Tajon Buchanan, and Jonathan David up top – a combined value of nearly $180 million, according to some estimates – it’s clear that Les Rouges are in the midst of a golden generation up top. When it comes to tournament experience and athletes consistently playing at the highest possible level, however, we’ve a long way to go as a squad – especially when it comes to depth.

That’s the kind of growth that comes with a larger footballing profile for the country and an increased FIFA Ranking to makes possible player transfers easier, both of which were achieved during this World Cup run.

With Canada now clocking in at the bottom of its group with zero points on the board – one loss away from matching El Salvador’s World Cup record of six straight defeats off the bat, counting 1986 – a new level of growth must be the target: one where we know we belong here, but we can also get results.

That comes with more high level experience for both the starters and the bench through both international and club football. We’re a long way removed from ‘Unattached FC’, but we’ve got to believe we aren’t close to our ceiling, either.

We need the kind of experience Croatia leaned on to keep cool after conceding 68 seconds in and Belgium used to get a result even when they weren’t playing well. Hopefully we’ll get there someday, too. These are long term goals. Until then, we’ve got to be smart about how we punch upwards.

With the Canadian Premier League helping domestic growth and many Canadians now earning higher-profile moves to Europe than ever before, it’ll be interesting to see how our athletes develop in the years to come. We’ve a lot of talent, but Canada’s future World Cup hopes hinge on new roster competition coming through the pipeline and elevating our game.

In the present, it was always going to be a big ask for Canada to keep the likes of Belgium and Croatia out of the net. Expecting so would be hubris, but this is a squad that has a lot of belief that they can stack up with the big guys. They’ve proven they deserve to be at this stage, and now the next step is to show that they can get results once there.

The nation will have one last chance to secure a result against Morocco on Thursday, and they’ll be keen on helping Canada earn its first point (or three) at the FIFA Men’s World Cup. The last four years have seen the country enjoy a significant rise in stature, and despite losses against teams who were hefty favourites, John Herdman and the Canadian national team can depart with their heads held high – after all, nobody though Les Rouges would be here in 2022.

We’ve showed up four years ahead of schedule, and have received some key lessons we can learn from ahead of the 2026 FIFA Men’s World Cup.