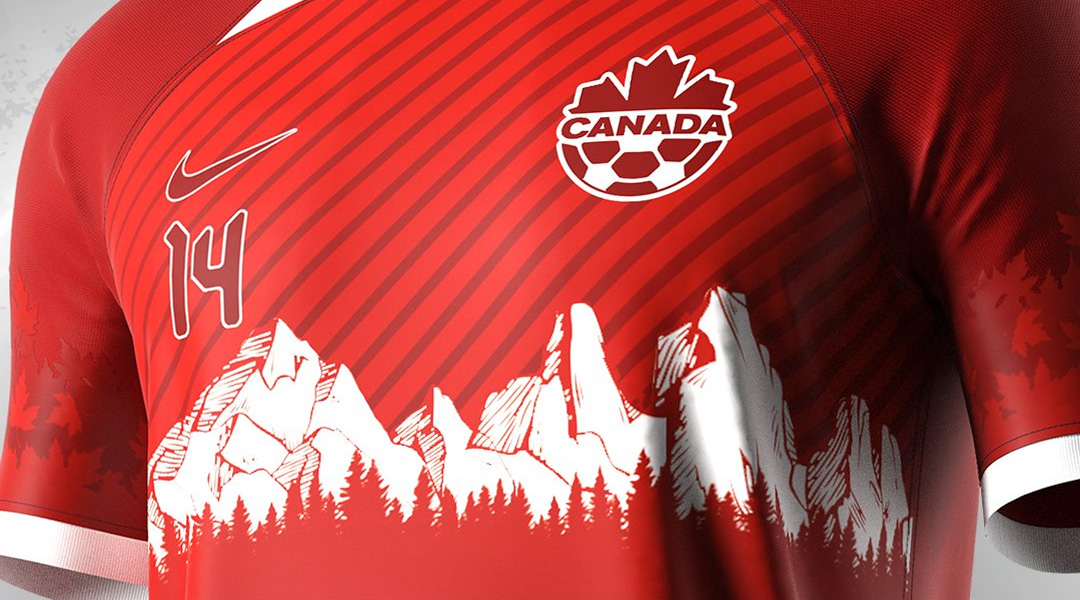 It’s no secret that Nike dropped the ball when it came to doing anything for Canada’s kits ahead of the country’s first World Cup since 1986, and the missed marketing opportunity has left a lot of fans feeling creative.

This morning saw concept kit creator KitKong release its own take on a Les Rouges look, and the result is certainty a bold one.

The concept kit boasts a big focus on northern landscape, with the Rockies perched rightly atop several rows of gradient red forest, and a striped sky pattern above the mountain range being capped off by a line of white and, of course, a certain leaf on the sleeve.

We’ve now seen everything from Canadian Tire releasing its own own unofficial Team Canada kit to Giovinco rocking a Budweiser version and Adidas launching a line of retro-inspired casual wear, so there’s clearly a market for these things right now.

Not that Canada Soccer has historically made its authentic kits easily obtainable even when we haven’t been on the cusp of a World Cup, however.

While Canada may not be marching into the country’s first World Cup since 1986 with any fresh looks, would the above concept kit have been something you’d like to see?