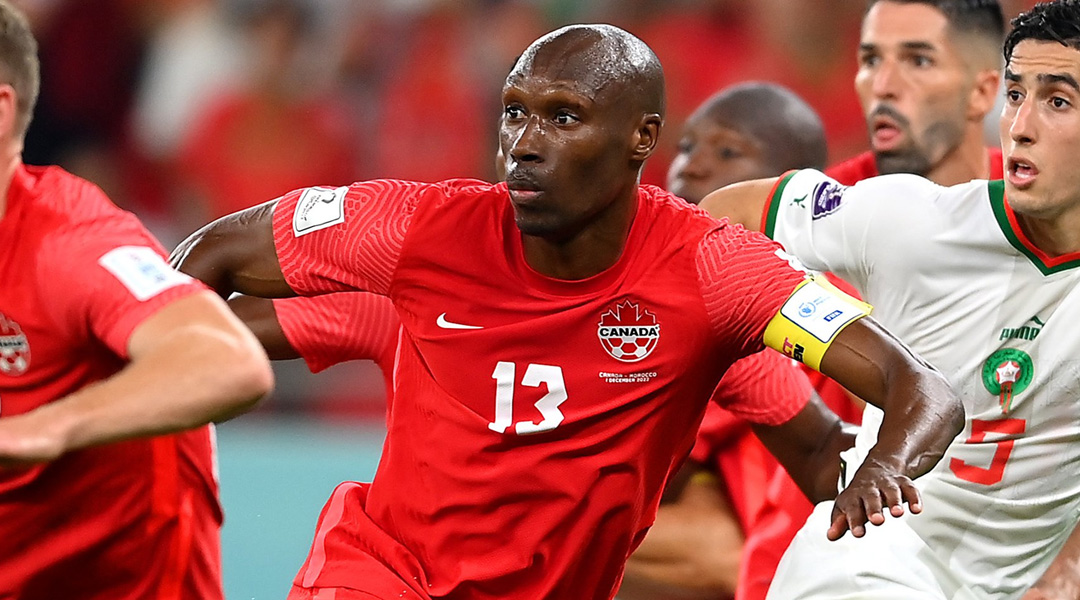 Canada was looking to end their World Cup on a high after being knocked out after two games but it didn’t happen after another loss, this time to Morocco.

There were no soundbites, and there was no drama as they faced in the previous game against Croatia, but the question was after being eliminated, would Canada show up?

John Herdman and his players said all the right things but it didn’t hold after they lost 2-1 to Morocco in their final group stage game and finished Qatar with three losses, one goal, and zero points.

Herdman made some questionable changes and tactics for this one, leaving prolific goalscorer Jonathan David on the bench to start and putting Alphonso Davies on the right side.

It didn’t work as Morocco came out firing and motivated to reach the round of 16 at a World Cup for the first time, and they pounced early to get the first goal.

Morocco continued to get better and within 30 minutes they were up 2-0 and it looked like it was going to be another long night for Canada.

Near the end of the first half, Canada woke up and started getting serious chances to score and get back into the game, and going into the half it looked like the tide was turning.

As much as Canada pushed in the second half they weren’t able to generate a lot of scoring chances until Sam Adekugbe’s cross across goal was able to bounce off a Moroccan defender and into the net.

That was as close as Canada would get and after the final whistle blew Herdman gave his thoughts on the game and says he was still proud.

“I think we showed can compete on this world stage,” Herdman said. “We just pushed a Moroccan team that won the group and it gave us pride and wanted to show we can push”.

Canada’s Alistair Johnston, who is now on his way to Celtic FC, kept sending the message that Canada belongs on the world stage.

“We continued to prove we belonged,” said the full-back. “We need to continue to grow and we showed it out there that we belong”.

Canada will now have to wait till 2026 when it will co-host the 2026 FIFA World Cup with the US and Mexico, and when it comes to growth and improvement they need more players in Europe.

Alphonso Davies, Jonathan David, Cyle Larin, Atiba Hutchinson, and Tajon Buchanan all play in big leagues across Europe but unfortunately, that is not enough.

Morocco had 15 players who all play in Europe, so the majority of Canada’s national team players will need to make the jump to the bigger leagues.

Herdman’s future was brought into question and he was asked multiple times if he would be back for 2026, but he was tight-lipped and says his contract is signed.

That is also another question because ever since Herdman came to Canada he has done nothing but improve his teams starting with the women’s side. When he started the women’s national team finished sixth at the Olympics and went on to two Bronze medal finishes before securing gold in Tokyo under the tutelage of Bev Priestman.

The men’s national team will now turn its attention to the 2023 Concacaf Nations League and the Gold Cup and, potentially, the Copa America.