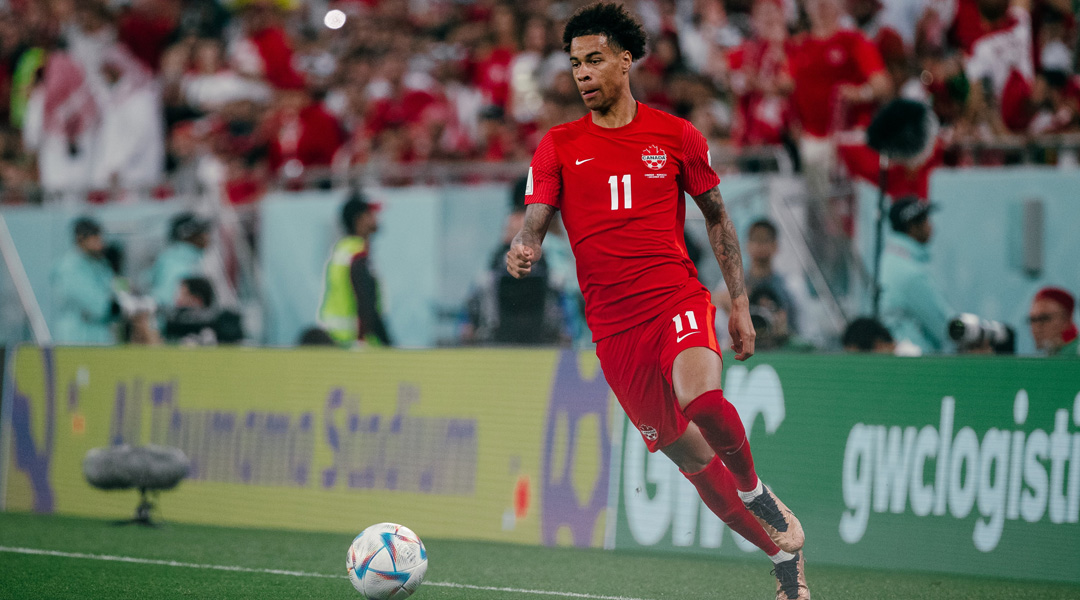 Canada closed out its time in Qatar with a tough two-one loss against Morocco, with Les Rouges wrapping up the country’s second-ever World Cup campaign without any points on the board.

While Alphonso Davies’ goal against Croatia made history at the men’s level, Canada’s losses against Belgium, Croatia, and now Morocco tie the country with El Salvador’s World Cup record of six initial losses upon entry, with Canada’s first three occurring back in 1986.

We’ve said it before: we’ve proven we belong, and now the next step is absorb the harsh lessons learnt in Qatar.

John Herdman’s fiftieth match in charge for Canada saw him rotate the line-up, with Toronto FC due Jonathan Osorio and Mark-Anthony Kaye getting their first starts of the competition.

It was a nightmare start for a team still seeking to collect its first points on the World Cup stage, with a miscued backpass from Steven Vitoria putting Milan Borjan in a tight spot, with the goalkeeper gifting the ball to the opposition.

Pouncing on the opportunity, Hakim Ziyech put Morocco in front and, importantly, set up Morocco to snatch a top two spot in the group.

Canada nearly bounced back with what would have been just its second Men’s World Cup in Qatar, with a burst of pace from Cyle Larin seeing the striker in space on the right flank. His cross came a little too ahead of Buchanan, who could only watch as the opportunity fizzled out.

Back at the other end, Canada’s defensive line would find itself split again in the twenty-third minute, with Youssef En-Nesyri rocketing between two defenders to latch onto a forward pass before beating Borjan near-side.

Canada would keep itself in the fight, however, with left-back Sam Adekugbe driving down the left flank and between two defenders to force an awkward own goal from centre-back Nayef Aguerd, who was unfortunate to deflect the ball beyond his own keeper.

The Moroccans looked to have another insurance goal in the books following a set piece where Borjan was beaten at the near-post again, but an offside decision from moments early negated what would have been a brace for En-Nesyri.

After a tough opening 45 for Les Rouges, fans and pundits alike raised eyebrows when the second half showed no changes, though they still nearly clawed one back about ten minutes later after a great cross from Hoilett saw Davies volley just wide from inside the box.

The sixtieth minute would see a triple change with Kaye, Adekugbe, and Larin all coming off, while Hutchinson, Kone, and rumoured Manchester United target David all came on.

In a moment of pure heartbreak, it was none other than Atiba Hutchinson who thundered a header right off the crossbar, with the ball bouncing nearly straight down without going entirely over the goal line. It just wasn’t meant to be for what is almost certainly Atiba’s World Cup swan song.

Though Canada certainly grew into the second half, Hutchinso’s header would prove to be as close as Canada came to levelling the match. Canada closedout its time in Qatar with a 1-2 loss against Morocco, who finish atop the group ahead of Croatia, with Belgium and Canada at the bottom.

The Canadian national team now wraps up its time in Qatar with three straight losses, though John Herdman’s side proved fearless against opponents of much higher World Cup stature: they had Belgium on the ropes and scored against Croatia in 67 seconds, with this group of history-making men certainly able to depart with their heads held high.

Canada’s first Men’s World Cup since 1986 was always going to be a tough one, and the lessons learned here will only serve to help Les Rouges when they co-host the 2026 FIFA Men’s World Cup.