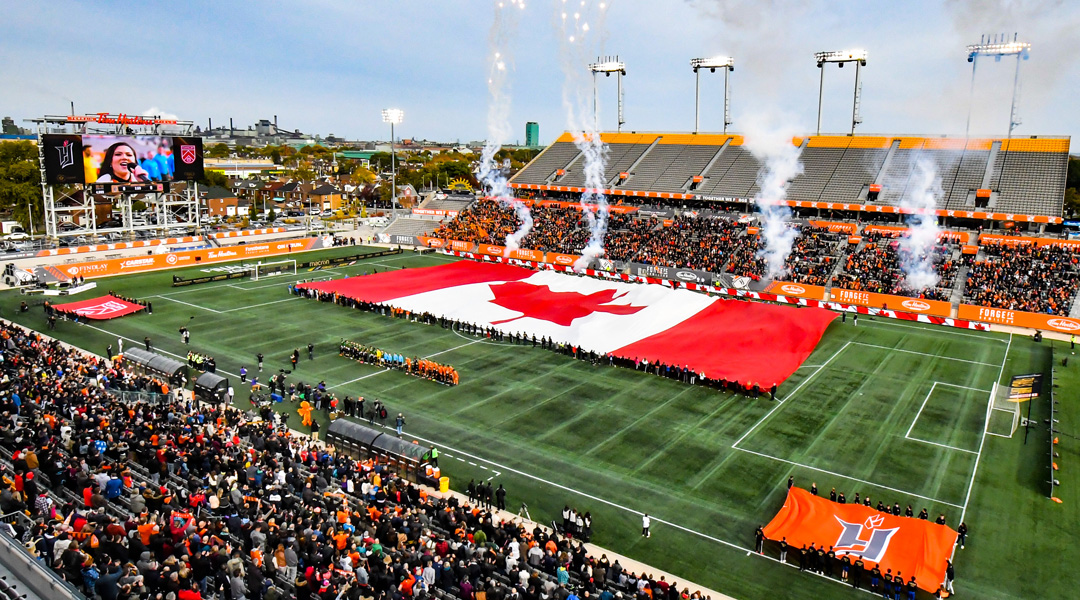 January’s lone home World Cup Qualifier for Canada will take place in a location that has proved a fortress for the country’s own league champion: Tim Hortons Field.

Canada will host the USA at the Hamilton-based stadium on January 30. The home of CPL side Forge FC, Tim Hortons Field has a maximum capacity of about 24,000 – and despite what is expected to be a cold weather forecast, the numbers are expected to come.

The match will take place between two away trips for Les Rouges that will see the team play Honduras away on January 27, host the USA in Hamilton on January 30, and then fly to El Salvador for February 2.

The men’s team currently finds itself top of the table in the third and final round of Concacaf’s World Cup Qualifying group, with Les Rouges securing crucial wins against Costa Rica and Mexico at Edmonton’s Commonwealth Stadium – or the Iceteca, rather – in November.

As a result, the Canadian men’s national team is currently ranked a record 40th in the world.

After eight matches played, Canada sits atop the perch with sixteen points, ahead of USA (15), Mexico (14), and Panama (14). With the group now a little over the halfway point, however, the margins are too small to be celebrating yet.

After the January/February international break there will be three more matches left to play in the group, with Canada set to square close out its World Cup qualification campaign against Costa Rica, Jamaica, and Panama. If it can maintain a top three finish, the country will secure entrance into its first World Cup since 1986.

Well prior to January’s international matches, Tim Hortons Field will find itself taking part in another bit of soccer history on December 5, with reigning CPL champions Forge FC hosting Pacific FC for the 2021 CPL Final.

Fans who enlist for a 2022 season ticket with Forge FC will be given a ticket to the upcoming World Cup Qualifier.