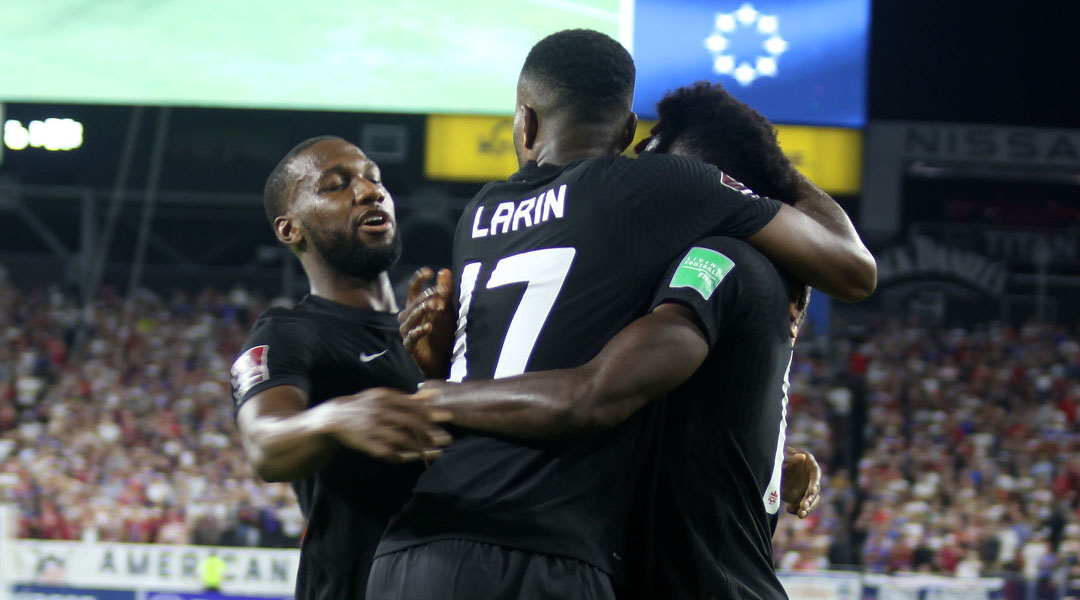 Canada has two points from its first two matches in the final round Concacaf round of World Cup Qualifiers following its draw with the United States tonight.

The US national team was for forced to play without Weston McKennie due to a violation of COVID protocols, with goalkeeper Zack Steffen set to miss the rest of the international window after testing positive for COVID-19.

A goal from Besiktas forward Cyle Larin – who scored from the penalty spot against Honduras last week – secured a point for Les Rouges after they went behind in the second half, with John Herdman stating he felt Canada could have taken the game.

Larin had head nearly put the Canucks in front in the 14th minute, forcing US goalkeeper Matt Turner into a save following a nice cutback cross from Alphonso Davies.

While the US had the majority of possession, a Canadian back line featuring Scott Kennedy kept the home team at bay until the 55th minute, when Canada lost possession on a throw-in and were quickly punished on the counter by a close-range finish from Brenden Aaronson.

Just seven minutes later, however, Sam Adekugbe put forward a nice ball up to Davies, who then played in a nice ball for Larin to tap in and equalize for Canada:

The goal – Larin’s twentieth for the national team – secures his spot in history as the second-most all-time top goalscorer for Canada.

Sensing some blood on the proverbial water, head coach John Herdman brought on both Jonathan David and Tajon Buchanan, who fired just wide of the net late in the game and had a penalty shout after going down in the box under a challenge from Tyler Adams.

In a scary sight for both Canadian and Bayern Munich fans, Davies was forced to leave the match in the 76th minute, though there is hope he will be available for Canada’s third match next week.

The US had missed a few chances of their own, with Pulisic striking the post and a diving header from Miles Robinson going wide five minutes from time.

The final whistle would confirm that both sides would share a point apiece, however, with Canada rising to third place in the qualifying group behind Mexico and Panama, ahead of Honduras, USA, and El Salvador on goal difference.

Les Rouges will now return home to face El Salvador at BMO Field on Wednesday, with the team still undefeated but certainly eager to secure its first win in the final qualifying round for the World Cup.

The match will be available on OneSoccer, Sportsnet, and fuboTV Canada.