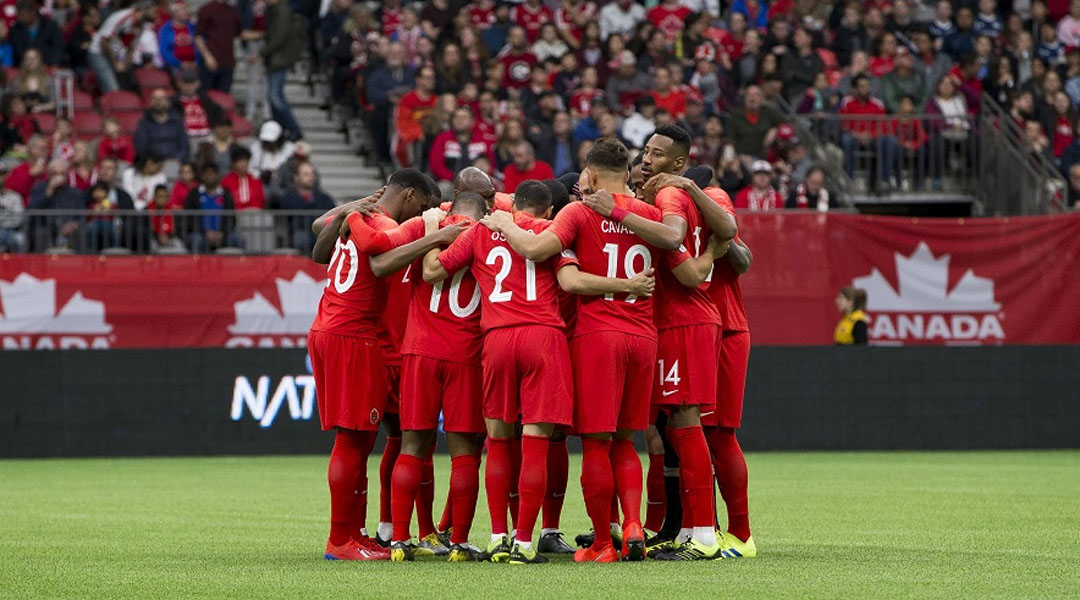 Canada Soccer confirmed this afternoon that the senior men’s national team would open its FIFA World Cup Qatar 2022 qualifying campaign at Exploria Stadium in Orlando, Florida. Les Rouges will kick off the first of four Group B fixtures with a closed-door match against Bermuda on March 25, which will be broadcast live on OneSoccer at 8:00PM EST.

The men’s national team will then face the Cayman Islands on March 28, with the next two fixtures taking place during a separate international break in the summertime. At that point, Canada will take on Aruba on June 5 and Suriname on June 8 to round out its Group B action.

Under the reformatted World Cup Qualifiers, this first round features all thirty Concacaf nations in six groups of five, with each group’s top side moving on to a second round of head-to-head elimination matches. Should Canada top its group, it will face the Group E winner with two matches set to take place on June 12 and June 15, respectively. That winner will then advance to the Concacaf Final Round, which then sees eight nations play each opponent twice.

Later this year, the senior men’s national team will also be competing in the Concacaf Gold Cup in a group against Martinique, USA, and a third to-be-determined opponent. Canada crashed out against Haiti in the quarter-final stage of the 2019 Gold Cup, though Jonathan David was the tournament’s top goalscorer.

With so many fixtures on the horizon, Canadian national team head coach John Herdman says Les Rouges will be taking things one step at a time:

It is important that when competing in Concacaf, at a stage where every game has so much at stake, that we are always at our strongest. We know this a long campaign consisting of 20 matches to reach Qatar 2022 and there are various stages in this campaign for which we have to plan, but we will be taking it one game at a time with a laser-like focus on reaching the Concacaf Final Round.

It’s been a busy day for Canada Soccer, with the Canadian Men’s U-23 provisional roster for the Concacaf Men’s Olympic Qualifying tournament also being unveiled. The fifty man selection includes ten Canadian Premier League players and thirteen athletes with at least one senior team cap, though this selection will be trimmed to twenty ahead of the Mexico-based tournament next month.

The senior women’s national team is in the midst of the SheBelieves Cup, with those matches also taking place at Exploria Stadium. The women’s team opened the tournament with a narrow 1-0 loss to the US favourites, but stepped back on track with a last-gasp 1-0 win over Argentina courtesy of a goal from Sarah Stratigakis.

The senior men’s team held a training camp last month in Bradenton, Florida, with Herdman’s selections undergoing a handful of intra-squad scrimmage matches. While there was a plan for a friendly against the US national team, the COVID-19 pandemic got in the way of the closed-door exhibition match.

While the side has yet to confirm its full roster ahead of the upcoming World Cup Qualification matches, comments from Herdman suggests that heavy-hitters like Alphonso Davies, Jonathan David, and Scott Arfield will be rejoining the squad after missing the January camp, for which they went unreleased by their clubs.

We want to ensure that our best players wear the red shirt and represent Canada because those players want to change the sport in our country by qualifying for the FIFA World Cup. There is a group of players that have been part of the battle these past two years, they’ve been developing together on and off the pitch and they will be the narrators of what could be an amazing story for soccer in this country.

Canada’s road to the world cup has undergone a lot of changes as a result of the COVID-19 pandemic: what originally started as a complicated race to make the hex has now resulted in a format that sees Les Rouges preparing to undergo a double-digit number of matches to reach the 2022 World Cup – a Qatar-based tournament which The Guardian estimates some 6,500 migrant workers have died to create.