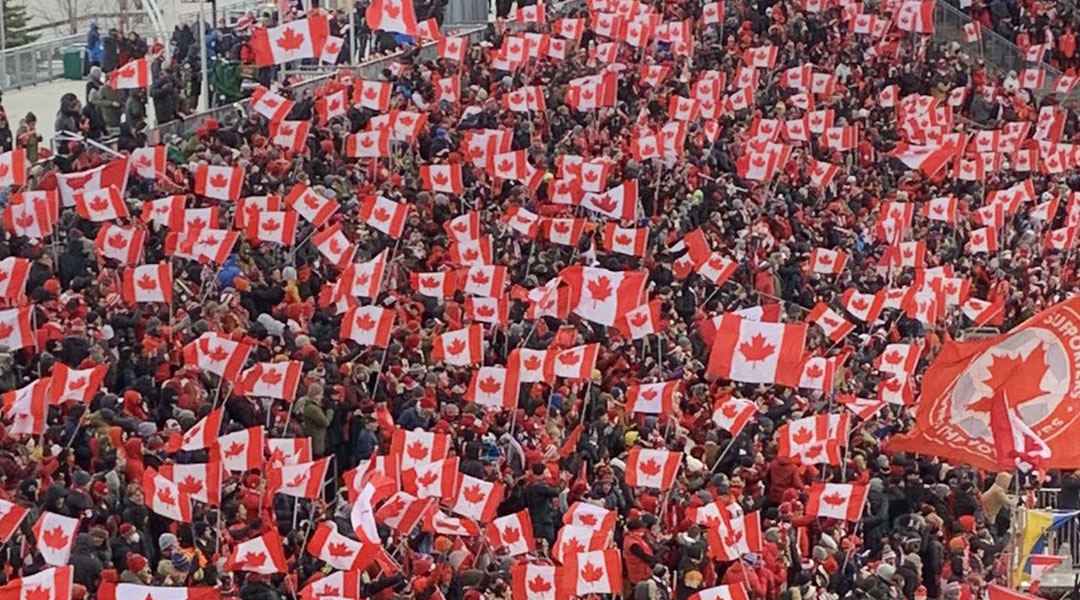 It was win and they’re in – and win they did. They’ve been doing a lot of that, lately.

The Canadian men’s national team has qualified for the FIFA World Cup for the first time since 1986, with a 4-0 win over Jamaica booking the team a flight to Qatar. Goals from Larin, Buchanan, Hoilett, and an own-goal from Jamaica secured a historic moment in Canadian sporting history, with a cold, snowy afternoon at BMO Field proving a fairytale setting for a fairytale story.

Canada’s path to the World Cup saw the country go four for four in the first round of qualifiers, with a 7-0 blitzing of Aruba, 5-1 win over Bermuda, and a historic 11-0 win over the Cayman Islands taking place before a comfortable 4-0 close over Suriname saw Canada finish atop the group.

The opening stage saw, with youngsters like Tajon Buchanan, Alistair Johnston, Theo Corbeanu, and Scott Kennedy all make their international debuts, with Herdsman’s side then defeating Haiti 4-0 on aggregate in a short and sweet second round.

The third and final qualifying round saw Les Rouges placed in the infamous ‘Octagonal’ featuring the likes of perennial Concacaf favourites Mexico, USA, and Costa Rica, along with the likes of Jamaica, Panama, El Salvador, and Honduras. A strong run of form from Canada saw the country go undefeated in the first eleven of fourteen matches, with the head-turning campaign highlighted by wins over Mexico and USA at home, along with some strong away results against those favourites, too.

Canada fell just short of an undefeated run after a 1-0 to Costa Rica a few days ago, with the team showing plenty of resolve to bounce back tonight to secure its first World Cup berth in nine cycles, all in front of a boisterous home crowd at BMO Field.

While the form of Alphonso Davies has helped heavily along the qualification run (remember that wondergoal against Panama?), the Canadians have put forth a solid team effort during the Bayern Munich man’s recent absence through injury. Besiktas striker Cyle Larin usurped Dwayne De Rosario to become the top all-time scorer of the men’s national team, while Jonathan David has proven to be perhaps the best striker in Concacaf as Atiba Hutchinson continued to be an absolutely tireless engine at the age of 39.

While the Canadian front line has outscored the entire group, the back line has done its part too: Les Rouges have conceded less than any other team in this final round of qualifying, with Milan Borjan making several highlight worthy saves (and iconic sweatpants choices) in front of a back line that has proven that it’s not just attack where the Canucks have evolved.

Canada’s rise up the FIFA Rankings saw the country fly up to the 33rd position, with Herdman’s side being named FIFA’s Most Improved Side after having kicked off the previous year in the 72nd spot. The rise has opened new doors to England for Canadian talent, with Richie Laryea departing for Nottingham Forest as a result.

The Canadian national team is now being hailed for its ‘golden generation’ of talent, but Herdman has already begun looking forward: youngsters like Ike Ugbo, Ismael Kone, Alistair Johnston, and Tajon Buchanan have now taken their first international steps, following in a path forged by world-class flag carriers like Alphonso Davies, Jonathan David, and the ageless Atiba Hutchinson.

Countless others have helped forged this path as well, and to less acclaim. Make no mistake: Canada is not accustomed to this level of success on the men’s side. We’ve had talent, but our national team program has so-often fallen well short of expectations. With the days of ‘Unattached FC’ in the rearview and the rise of a domestic focus arriving through the likes of the Canadian Premier League, MLS NEXT Pro, and improved player pathways, the future is looking bright.

With other youngsters like Daniel Jebbison, Lucas Dias, Richie Ennin, and Stefan Mitrovic clearly on the national team radar, it’ll be interesting to see how the Canadian roster continues to evolve. For now, however, Canada’s historic performance simply deserves applause. What Herdman has done since inheriting the program in 2018 is nothing short of a miracle. For years, many knew the talent was there – but now that it’s being harnessed, history is unfolding before the eyes of spectators from not only coast-to-coast, but around the globe as well.

With Canada now booking its spot in Qatar, there’s certain to be a celebratory atmosphere for all who cheer on the maple leaf. Still, the work isn’t done yet: Herdman’s victorious team has made history, but will still have to close out the group with a match against Panama on Wednesday.

The 2022 World Cup will be hosted by Qatar and will take place this November.