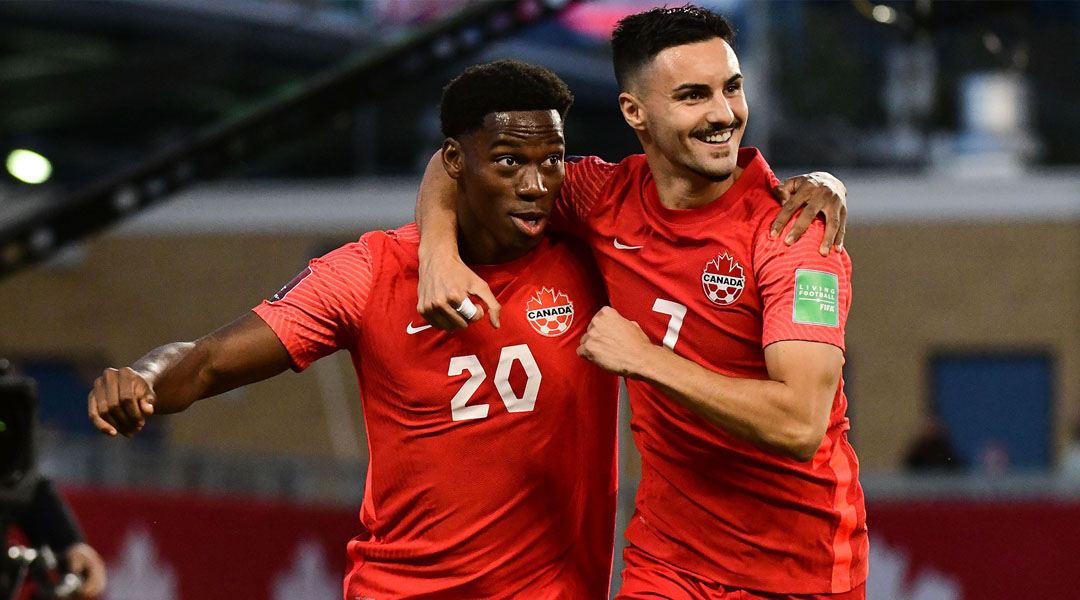 Les Rouges are set to play away to Mexico and Jamaica before returning home to face Panama at BMO Field later this month, with Canada currently sitting second in an eight-team group just two points behind El Tri.

Without further ado, here’s the roster of players that John Herdman has selected for the window:

While Milan Borjan was sidelined with a positive COVID-19 test recently, the 33-year-old seems set to reprise his role as starting goalkeeper ahead of Maxime Crepeau.

It’s no surprise to see Jacob Shaffelburg get the nod back into the team, with the 21-year-old Toronto FC youngster recording two goals and four assists across his last four games. He isn’t the only MLS returnee, with CF Montreal full-back Zachary Brault-Guillard accepting a call up for this October window, too.

We have three tough matches including back-to-back road matches in altitude and then heat, but we want these tests, and the team is ready for them. The team will enjoy the match in Azteca, it’s a great arena for any footballer to play and we are looking forward to meet the Mexicans again following our recent Concacaf Gold Cup Semi-Final match. It’s a quick turnaround to play against a very talented Jamaican squad, before coming home to play Panama and with our fans behind us, it’s a great way to finish the window.

Canada opened the third and final round of Concacaf World Cup Qualifiers with draws against Honduras and the USA before securing a 3-0 win over El Salvador last month.

This month’s series of matches begins with a big top-of-the-table clash between Mexico and Canada at Estadio Azteca on Thursday, October 7 at 9:00PM EST. The match will be available on OneSoccer, fuboTV, Sportsnet, Telus Channel 980, and RDS.

The national team also confirmed that it will place both of November’s home qualifying matches at Commonwealth Stadium in Edmonton.