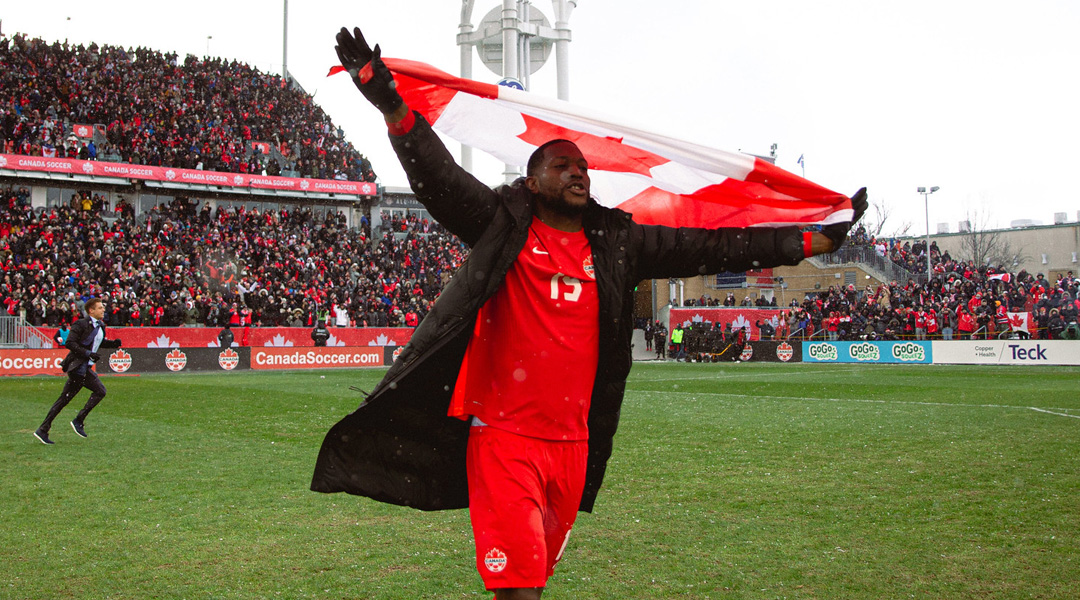 Canada’s World Cup roster was made official today, with 26 of the country’s best and brightest now locked in for Qatar.

Head coach John Herdman had plenty of tough calls to make when it came to trimming down his final selection, a task which is always destined to be a painful, highly-scrutinized process.

While the final roster prepares to undergo one last World Cup tune-up against Japan before the 2022 World Cup kicks off, let’s take a look at five player omissions who could prove to be big misses for Canada:

We’ll get this one out of the way: Henry’s omission stems from a pregame injury sustained ahead last week’s friendly against Bahrain.

The 29-year-old veteran defender was a likely inclusion, though he cuts a polarizing figure amongst fans: the six-foot-two centre-back has had a tough year at the club level, being cut by both LAFC and Toronto FC. Still, he’s been a big fixture in Canada’s World Cup qualifying run, accruing 44 appearances for Les Rouges since making his debut ten years ago.

Love him or hate him, he’s a big part of Canada’s DNA and a veteran voice in a locker room that has grown by leaps and bounds during his time in red. His exclusion, forced or not, is the biggest talking point from Herdman’s picks.

What drove a wedge between John Herdman and Scott Arfield still remains somewhat of a mystery, but we’ll always be wondering if the 34-year-old Rangers talisman would have buried the hatchet and come out of international retirement for the World Cup if asked.

The former Scotland youth international made 19 appearances for Les Rouges, donning the captain’s armband and establishing himself as a difference-maker on the pitch. It’s all a non-factor in Qatar, but it’s no secret that the Canadian national team would be stronger if a veteran midfielder like Arfield was still in it.

There was a fair shout for Theo Corbeanu to earn a roster spot as a depth piece: at just twenty years of age and getting regular minutes in the English Championship, he’d offer an explosive, attacking influence from the bench.

The Wolverhampton Wanderers prospect – currently on loan with Blackpool – made his international debut against Bermuda last year, taking just four minutes to score. He’s made seven appearances in the time since, but number eight will have to wait a little while longer.

MLS Cup winner Maxim Crepeau was expected to be the country’s number two goalkeeper heading into Qatar, but the 28-year-old broke his leg making a game-saving tackle in LAFC’s title-winning match just over two weeks ago.

The devastating injury meant that the Montrealer would clearly miss the 2022 World Cup, with MLS goalkeepers Dayne St Clair and James Pantemis moving up in the pecking order behind Milan Borjan in his absense.

Los Angeles Galaxy full-back Raheem Edwards enjoyed a steady rise in 2022, though it may have gone under a lot of radars back home. The former Toronto FC man has grown by leaps and bounds as a left-sided full-back in California, featuring 36 times for the Galaxy across all competitions this year. He’s shown a knack for putting dangerous balls in the box, and absolutely deserved the start he got against Bahrain last week.

While it’s clear Herdman recognized the growth shown by the 27-year-old, Raheem’s rise came too late. With Adekugbe starting out left, Davies capable of dropping back, Junior Hoilett adopting a similar full-back role at Reading and Laryea capable of swapping flanks, Raheem was a depth piece just a little too far down the pecking order to justify an inclusion.

The Canadian national team enter the 2022 World Cup as an underdog side, but the squad assembled by John Herdman has already gone through the gammut to secure the country’s first World Cup appearance since 1986. While what happens next remains to be seen, the above players will have to ponder ‘what if’ for the time being.

Canada’s World Cup campaign will kick off against Belgium on November 23.