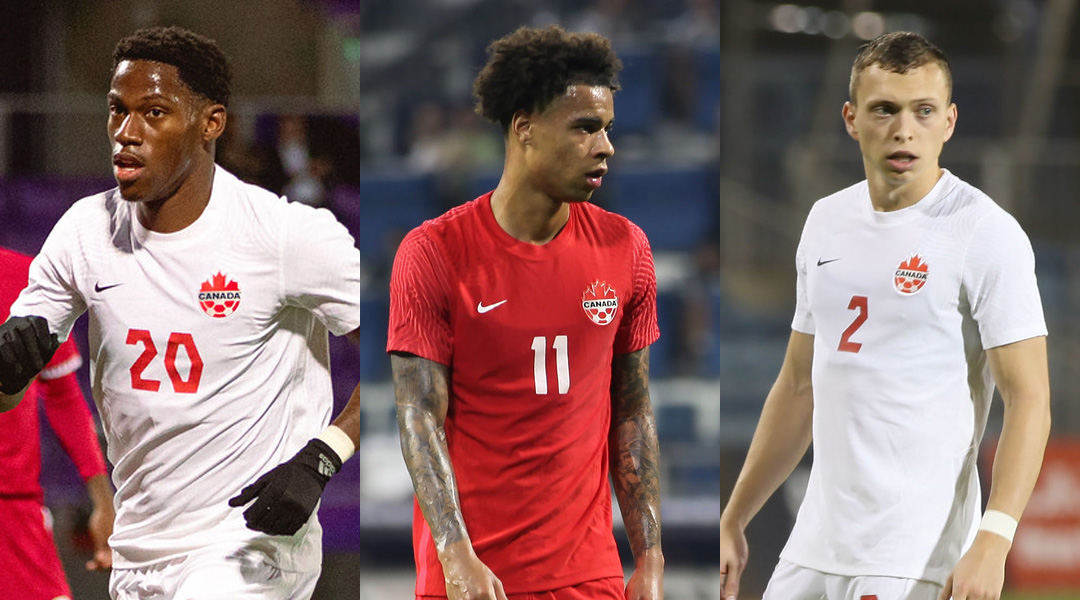 Canada’s first foray onto the FIFA Men’s World Cup stage since 1986 has turned a lot of heads after the country proved they belong in a narrow tilt against Belgium earlier this week, and that increased spotlight has already seen transfer rumours spring up for several key talents of Les Rouges.

Here’s a look at three frontrunners who, it would seem, have garnered most of the early attention in terms of high-profile moves:

CF Montreal stalwart Alistair Johnston looks the most certain to march on to a new club during the World Cup window, though he states his focus is solely on national team duty for the moment.

While earlier rumours of interest from Serie A side Bologna were floated, it looks like a move to Scottish Premiership giant Celtic FC is far more likely for the young right-back. Fabrizio Romano has confirmed that a verbal agreement has been reached between Celtic and Montreal, with Johnston having already come to personal terms with his European suitors.

“I am really happy at Montreal and we have a great thing going, but at the same time I want to test myself, and I want to see how high I can go,” added Johnston himself, later pumping up the possibilities by stating Celtic were the type of club everybody knows well.

The 24-year-old is valued at around six million euros ($8.3M CAD), with Celtic seeing him as a strong potential replacement for Croatian right-back Josip Juranovic. Having only arrived to Montreal from Nashville earlier this year,, Johnston has already contributed four goals and four assists in 31 appearances while up north. Nashville would net 10% of what we expect to be a seven figure deal.

That’s quite a drastic rise for a player who was semi-professional back in 2019, and now he’s in the midst of a record-breaking run of consecutive appearances for a Canada squad that has turned heads on the sporting world’s biggest stage.

The latest headline is that Manchester United have been asked to pay around fifty million euros (70 million CAD) for the striker, with the Red Devils having reportedly scouted David on multiple occasions ahead of this winter’s potential transfer.

With Cristiano out, it’s prime time for a younger talent to step in and help a storied club in need of a boost.

David, known as ‘The Ice Man’ regarding his cool composure in front of net, has impressed at Lille since joining in the summer of 2022. He’s bagged 41 goals in 111 appearances for the Ligue 1 side, helping them to a league title in 2021. He’s also tallied 22 goals in 36 caps for the national team, and had been linked with both Arsenal and Tottenham last year, among others.

Jonathan David recently quipped that while Lille is a beautiful place to live, but states he likes ‘living in a big city’. With only Kylian Mbappe and Neymar ahead of him in the Ligue 1 scoring charts thus far, he’s certainly earning an equally big kind of move.

Fast-footed forward Tajon Buchanan had the Belgian defense on the ropes a few days ago, and that gained the Brampton-born athlete a lot attention. Having just broken through to the senior national team last summer, he’s known within Canadian circles as one of the country’s top attackers. Now, it seems, the rest of the world has caught up.

TSN has now reported that clubs amongst Europe’s top five leagues are stewing on offers worth upwards of $20 million. Club Brugge has, it seems, already scheduled meetings to discuss Tajon’s future whilst the World Cup takes place.

It wasn’t long ago when the 23-year-old made the jump from Major League Soccer side New England Revolution to Club Brugge, and now it seems like his drastic rise may just carry him even further. Like Johnston, it’s a fast rise in recognition for MLS-developed talent, and there’s no telling where Tajon’s ceiling is.

If he continues to turn out against Croatia and Morocco, that $20-million-plus evaluation might rise even further.

While those three have accumulated plenty of interest, that isn’t to say their the only members of Les Rouges seeking to capitalize from the World Cup spotlight. It’s no secret that out-of-contract Toronto FC midfielder Jonathan Osorio has aspirations for Europe, though he’ll want to get more minutes than the nine he got against Belgium to stake his case.

Related: Here’s The 26 Men Leading Canada Into The World Cup

All of the national team athletes stand to benefit from a the rise of Canada’s profile on the world stage, though John Herdman’s side has a hefty task in front of it tomorrow against previous World Cup runners-up Croatia. A good showing there, however, could further fan the flame of potential moves for Les Rouges.