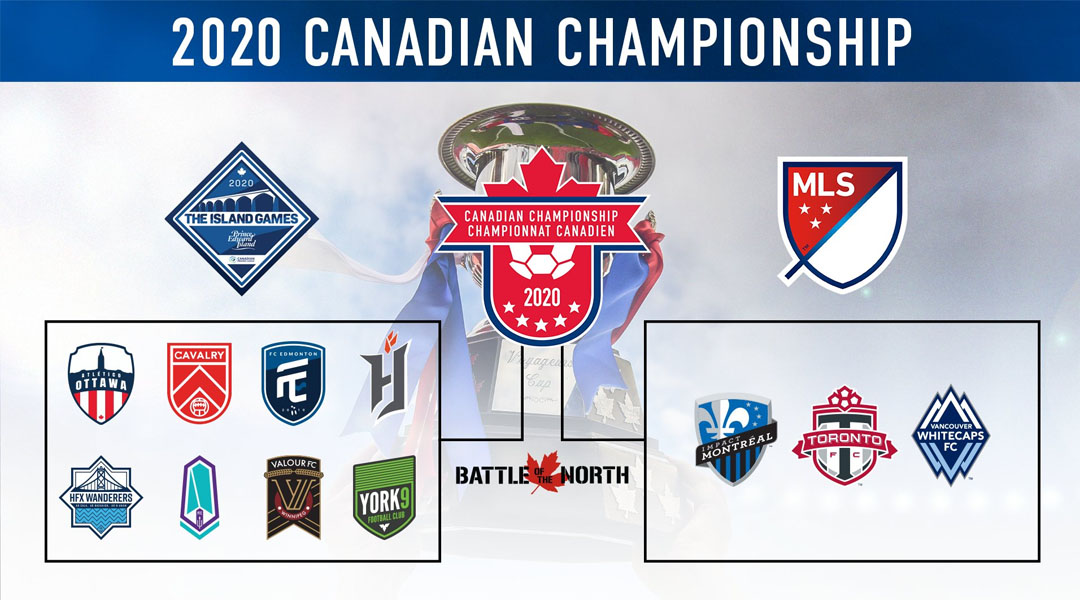 The 2020 Canadian Championship format has been revealed: the CPL side that wins the Island Games bubble tournament will take on the top Canadian MLS side from Major League Soccer’s first phase of action.

The winner of the single leg matchup will lift the Voyageurs Cup and qualify for the 2021 Concacaf Champions League. Should Forge FC qualify for and win this year’s domestic cup while performing well enough in the 2020 Concacaf League to also qualify for Champions League action through that route, it’s not clear what would happen.

The significant shake-up to the expected multi-stage format comes as a result of the COVID-19 pandemic, which forced out both the League1 Ontario and PLSQ champions in this year’s reformatted competition, though as a silver lining this allowed expansion side Atletico Ottawa to be added.


Over in Charlottetown, all eight Canadian Premier League teams will compete in The Island Games tournament from August 13 to mid-September, with the winner of the league earning a ticket to the one-shot Voyageurs Cup final.

The other spot will be filled by the top Canadian MLS side from the first phase of the league’s regular season, which was just announced today. The three Canadian MLS sides will face eachother in a series of domestic matches which will take place from August 18 to September 16. The team with the most points from these matches will earn a spot in the 2020 Canadian Championship final.

Canada Soccer has yet to provide further information about the single match cup, like where and when it will be place. Last year saw Toronto FC captain Michael Bradley admit that several TFC players fancied a trip to a venue like Wanderers Grounds, though fans will need to wait and see to find out where this year’s Voyageurs Cup battle will ultimately unfold.

The CSA had originally designed this year’s iteration of the tournament to focus on geographical rivalries, but the COVID-19 pandemic nixed what would have been a tasty-looking line-up of matches. Instead, fans will need to wait until 2021 to hopefully see the competition resume a more traditional multi-round schedule. League1 Ontario side Master’s FA and PLSQ side AS Blainville will participate in next year’s competition instead of the 2020 variant.

With the Canadian Championship now featuring a one-shot cup final, the potential for a historic upset is certainly on the cards: last year, Cavalry FC made history when it became the first CPL team to defeat MLS opposition, with York9 FC coming a last-gasp crossbar strike away from doing the same. The tough competition saw Samuel Piette praise the quality of the CPL.

When the Battle of the North does take place, both sides should be fully match fit following a string of league matches leading into the domestic cup competition. Player safety proved paramount in this year’s structural changes to the domestic cup tournament, and this was ultimately the right choice. Still, one can only hope that 2021 proves safe enough for a return to a more traditional domestic cup format.