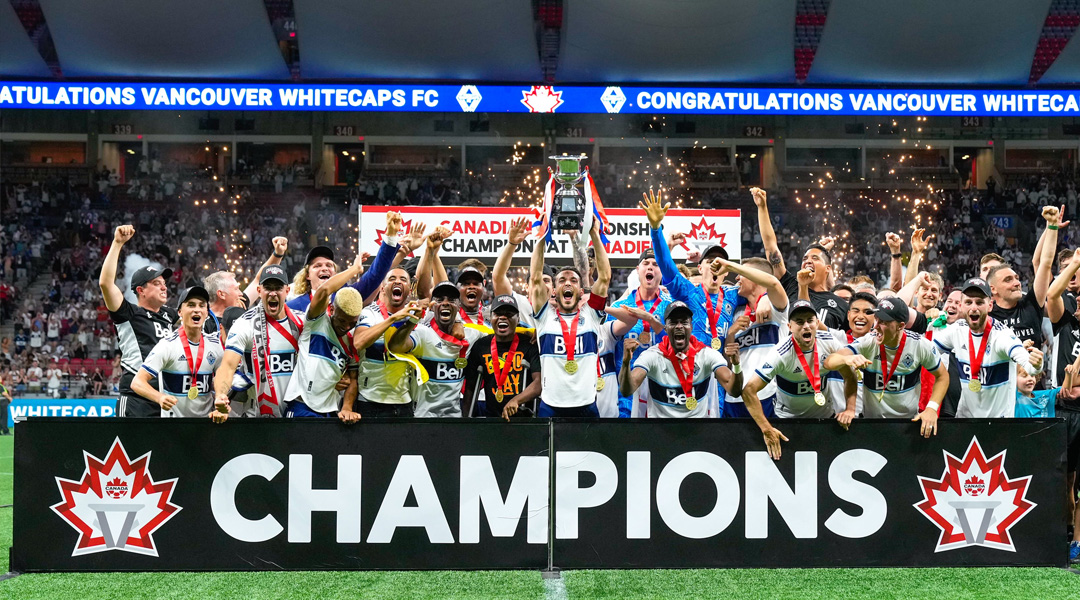 The Vancouver Whitecaps bested Toronto FC to hoist the Voyageurs Cup for the first time since 2015.

The hosts had converted early through Brian Wright, but possession heavyweight Toronto FC forced its way back into the game through former Pacific defender Lukas MacNaughton 15 minutes from time. The cup final then went to penalties, where Vancouver edged out the visitors 5-3.

“We said from Day One that the Canadian Championship was one of our important trophies,” stated Whitecaps head coach Vanni Sartini. after the match. “We didn’t do well in the previous years. And it means everything because we are a very good team.”

The rapturous crowd at BC Place witnessed just the second time the Vancouver Whitecaps have hoisted the trophy, with their first victory coming in 2015. The last time they reached the final was in 2018, where they lost to Toronto FC 7-4 on aggregate.

Toronto FC had fielded all of its new stars on the night, with Lorenzo Insigne, Federico Bernardeschi, and Daniel Criscito all slotting into the line-up. Still, it was the Whitecaps who pounced through Brian Wright, who met the end of a tantalizing left-footed cross from Ryan Gauld to score the opener.

A freekick from Lorenzo Insigne flew high in the first half, but the reds eventually grabbed their equalizer through physical defender Lukas Macnaughton in the 75th minute. Youngster Jayden Nelson began the move with a nice pass to Bernardeschi, who launched the ball high up for MacNaughton to head home.

Not a bad way to mark your first MLS career goal, truly.

The hosts looked likely to get in front when goalscorer Brian Wright sent the ball into Tosaint Ricketts, but his shot was smartly knocked wide by Alex Bono. With penalties looming, Bob Bradley opted for a flurry of changes, with new club star Lorenzo Insigne making way for the bench ahead of the shootout.

It was the ‘Caps who earned the edge there, with goalkeeper Cody Cropper keeping Osorio out to give the home team a slight lead. They made good on the opportunity, with Tristan Blackmon netting the winner to launch BC Place and its 24,307 fans into celebration.

It marked the first time the Whitecaps won the competition since 2015, when it bested CF Montreal under the guidance of Carl Robinson.

“Any time you get a trophy, it’s awesome,” added Vancouver’s Brian White. “Toronto’s a good team and we struggled in this tournament in years past. So it means a lot for the club, for the fans to bring this trophy home.”

Toronto FC did not make themselves available to media following the match.

The Vancouver Whitecaps had bested three Canadian Premier League teams to reach their ninth final, besting Valour FC, Cavalry FC, and York United en route to the cup win. Toronto FC enjoyed a bye in the first round before beating the Halifax Wanderers and then the other Canadian MLS side, CF Montreal.