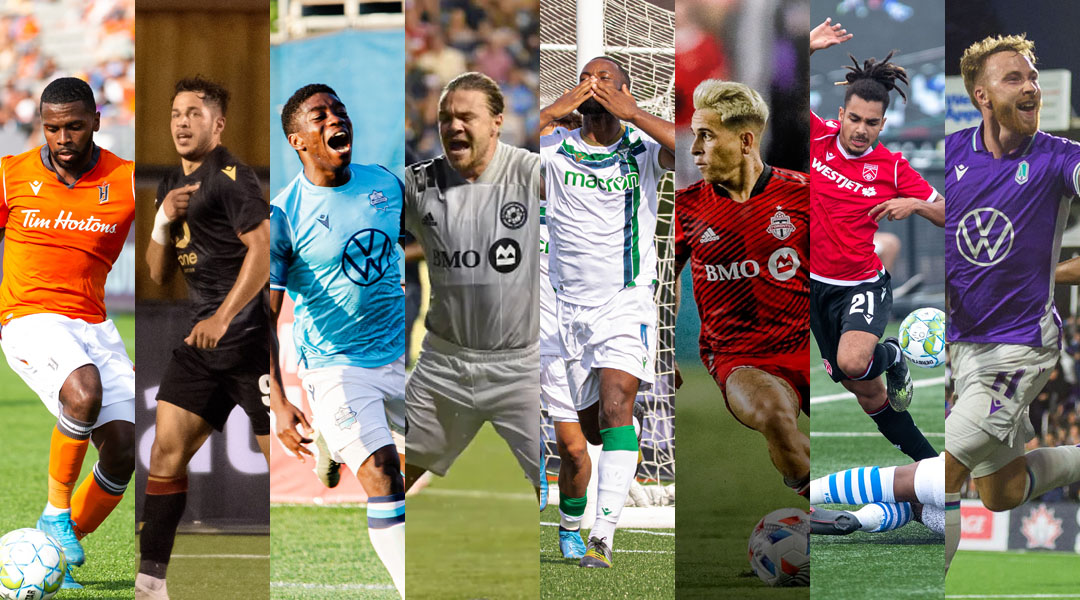 With the 2021 Canadian Championship preliminary round now complete, we know the eight teams that will be finding themselves two single-leg elimination matches away from a cup final that will see one team lift the Voyageurs Cup and earn a spot in the 2022 Concacaf Champions League.

Canada Soccer has unveiled the dates and locations for all four of the quarter-final cup matches, which sees two Major League Soccer sides and six Canadian Premier League teams remain in the competition.

The preliminary round saw FC Edmonton, AS Blainville, Master’s Futbol Academy, Atletico Ottawa, and the Vancouver Whitecaps all knocked out by Canadian Premier League opposition.

Without further ado, here’s what we know about each of the quarter-finals so far:

The reigning Canadian Premier League champions secured a bye to the quarter-final stage of the competition, which certainly made things easier for its Concacaf League scheduling – though to be fair, many will feel their belated 2020 Canadian Championship Final clash against Toronto FC likely should have happened before the next iteration of the cup got underway.

Regardless, the all-Canadian Premier League cup match still proves somewhat of a tricky one for Forge head coach Bobby Smyrniotis: Valour has been a bogey team of sorts this year, defeating the reigning champions twice in the Winnipeg-based bubble. Forge has a lot of experience in its squad, though, and nobody knows how to rise when it counts like the hammers.

The club appears on the precipice of finally securing Omar Browne on loan, which would add another lethal element to the club’s attack – though with twelve goals in its last five games, the reigning champions are in good form regardless.

Valour saw out a 3-2 win over Atletico Ottawa to reach the quarter-final stage, which marked the club’s only away win of the campaign thus far. Faced with a tough trip to Tim Hortons Field for this cup tie, Rob Gale will be counting on a fluid attack from players like Rafael Galhardo and Austin Ricci to provide an upset – and it’s no secret that Gale certainly enjoys proving doubters wrong.

The Halifax Wanderers will be hosting the current Voyageurs Cup holders after surviving a second-half scare against AS Blainville earlier this month. It will mark their first time against MLS opposition.

Hart’s east coast side is having a tough time in league action after landing as runners-up last season, with the side dropping points aplenty in league play. While they haven’t reached the form that carried them at The Island Games, a single leg knockout match still means anything is possible – especially with the likes of Joao Morelli and Morey Doner providing a lot of danger in attack. This will mark Doner’s third game against CF Montreal, too.

The MLS side is in a mixed run of form right now, though the CF Montreal is maintaining a playoff position as Djordje Mihailovic seems to be clicking in midfield. The long-awaited return of Romell Quioto should have Halifax defenders sweating, with former CPLer Joel Waterman likely to make an appearance, too.

CF Montreal will enter the match as both firm favourites and reigning champions, and after a scare versus York9 FC (now York United) in 2019 they know what to expect from a CPL side. Expect a lineup to reflect that – especially after what happened to the Whitecaps.

While Michael Bradley and other members of the TFC squad had mentioned that they’d like to travel to face a CPL side, it’s BMO Field that will host the first-ever meeting between Toronto-based sides TFC and York United. The stadium will witness a nice moment of Canadian soccer history, though some fans in the stands will be feeling mixed loyalties as a result.

Toronto FC is heading into the cup tie amidst a rough time in league play, with the club sliding into last place after going a month winless. The squad is making slow improvements under Javier Perez following the sacking of Chris Armas, but the Canadian Championship is increasingly looking like the club’s only path to Champions League qualification. Expect Perez to put out a strong lineup against York United.

The Nine Stripes comfortably dispatched reigning League1 Ontario champions Master’s FA 5-0 to secure the trip to BMO Field, which will be a familiar sight for York United head coach Jim Brennan. The gaffer isn’t the only one with ties to TFC, with several members of the squad having come through TFC II or the TFC Academy, while others like Diyaeddine Abzi will simply want a chance to impress against MLS opposition.

While Cavalry FC head coach Tommy Wheeldon Jr. was incredulous that he had to open the competition with an away game, goals from Joe Mason and Ben Fisk saw a comfortable Al Classico victory secure passage to the quarter-finals earlier this month. It’s here that they’ll face Pacific FC, who are riding high after dispatching the Vancouver Whitecaps 4-3 in what ultimately proved to mark the end of Marc Dos Santos‘ tenure with the ‘Caps.

The CPL clubs have met in league play three times this year, with one win, one draw, and one loss apiece. This is a cup tie that could head in any direction, with a semi-final against either Toronto FC or York United awaiting the victor. It’s within reach for either side.

All-told, the 2021 Canadian Championship quarter-finals stage like it will provide plenty of entertainment, with the single-leg format increasing the potential for cup upsets, too. Like 2019’s iteration, the cup now features 13 domestic teams, a drastic rise from the six that featured in 2018.

To make room for the next round of Canadian Championship action along with Forge’s Concacaf League match against Independiente, eleven CPL matches that have been moved. They are as follows: