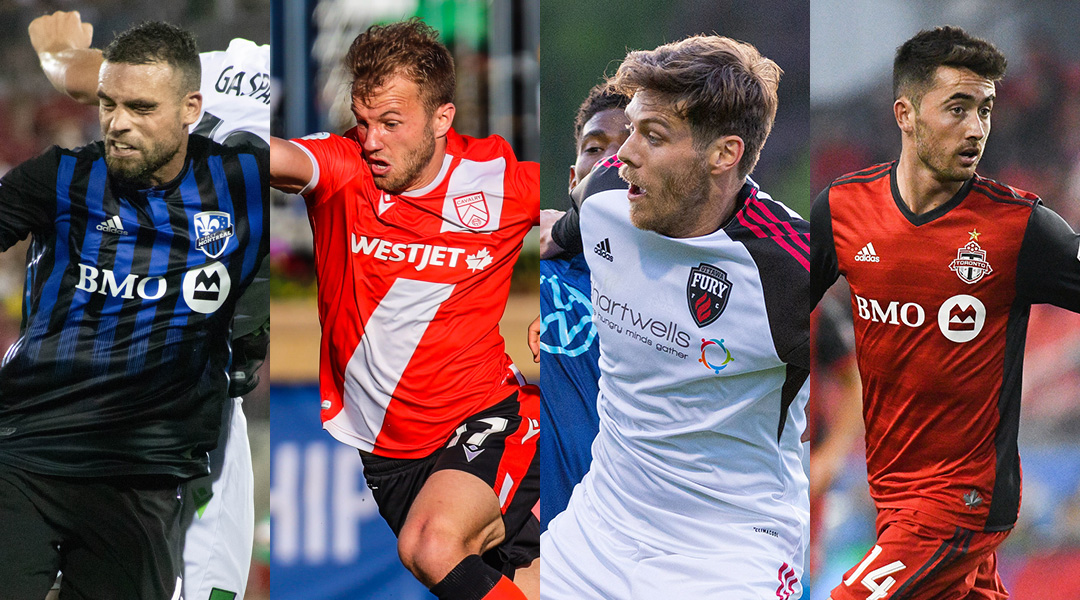 The largest-ever Canadian Championship has now boiled down to four clubs from three different leagues: Cavalry FC, Montreal Impact, Ottawa Fury, and reigning champion Toronto FC. The first leg of the semi-finals will kick off tonight, so let’s take a look at what fans can expect to see:

After Cavalry FC dispatched the Vancouver Whitecaps 2-1 and the Montreal Impact barely edged out York9 FC in the Canadian Championship quarter-finals, it’s fair to say that Impact head coach Remi Garde – who knows his side have struggled to put together results – will go into tonight’s fixture wary of his CPL opponents:

We have to react. We did it in the first part of the season, where we lost games and we were still able to bounce back. We have no choice. That’s what we have to do next game. Cavalry FC is a very well organized team, which did not eliminate Vancouver by chance. They will be a serious opponent for us.

It’ll be touch-and-go to see if Canadian international midfielder Samuel Piette will feature in any capacity tonight. He’ll be a big miss for the Montreal-based side if isn’t fit to play, though Garde has an ample selection of young Canadians ready to fulfill the cup’s Canadian requirements. For Shamit Shome, it’ll be his first time playing against his old coach Tommy Wheeldon Jr.

The club has had mixed form as of late: after dispatching York9 FC courtesy of a penalty from Piatti (who is expected to feature tonight), it won 4-0 over Philadelphia, but then lost 6-3 against the Colorado Rapids. This is an Impact side fighting to gain control of its season, and it has a point to prove at this stage in the tournament.

It’s currently unclear if new signing Borjan Krkic will be in the lineup tonight.

We are still in the driver’s seat. We still have a lot of soccer to play and a lot of exciting things to do. There is a Canadian Championship to win. We want to progress in this competition and win a trophy by the end of the season, that would be great. It should give us energy and help us move in the right direction.

Meanwhile, Cavalry FC is going into the fixture full of confidence: the club knows it can beat MLS opposition, won the spring season of the Canadian Premier League, and is fighting for the top spot in the fall season, too. To that end, the gaffer was keen to compliment the CPL’s ‘By Canadians, for Canadians’ setup after his side’s historic victory against the Vancouver Whitecaps:

Our guys have got the heart of a lion. It’s evident to see, in how we’ve done in the CPL. The CPL is for Canadian players, coaches, officials, administrators, the whole gambit. We’ve got a lot of Canadians playing, and we’ll keep forging ahead to 2026 and create a bigger platform for Canadian players.”

The Calgary-based club will finish the rest of the season without Dean Northover, who sustained an ACL injury and will now join Chris Serban on the sidelines. Make no mistake: despite already upsetting the proverbial apple cart with a win over the ‘Caps, Cavalry FC still enters the match against Montreal as underdogs – but with the Voyageurs Cup final within reach, they’ve got a point to prove tonight.

The Ottawa Fury reached the semi-finals after two thrilling legs against the Halifax Wanderers which ended on a 5-4 aggregate in the Fury’s favour, while reigning champions Toronto FC got a bye all the way to the semi-finals.

It was only two years ago that the Ottawa Fury beat Toronto FC 2-1 at home, so the club goes into the match knowing an upset is always on the cards. With the high-flying Ottawa Fury currently pushing to secure a playoff spot in the USL, head coach Nikola Popovic has reason to believe his team can put in a good shift at home against the higher-budget side of Toronto FC:

I think we are playing against a very difficult team. It is a team that has cost a lot of money and that has a lot of ambitions in MLS as well as in the Canadian [Championship]. We expect to play against a difficult team and to have a difficult match over the two legs. However, what we did this year gives us a better chance at having a good game than the one we had last year. I think it is going to be a very important first game, because we know that they are very strong on their field, so the first game is going to be crucial for us

The club recently signed prolific USL striker Hadji Barry to help its cause, and he’s available for selection tonight. Fans can expect Ottawa Fury to field the strongest lineup it can.

For Toronto FC head coach Greg Vanney, the match is a balancing act: he wants to play some of the younger Reds, and perhaps players who are returning to fitness – but at the same time, he knows he needs to respect his opposition. The club has reportedly brought along some heavy guns in the form of Jonathan Osorio, Justin Morrow, Erickson Gallardo and Nicolas Benezet. Impressive youngster Jacob Shaffelburg will likely feature, too.

They have nothing to lose, the motivation level can be extremely high,” explained Greg Vanney. “It’s a mentality game: if you go thinking that it is anything less than the most important thing in front of you then you’re going to be in trouble. Whoever we put on the field has to take the game with that kind of seriousness. We’ve got to match the mentality and then be better on the soccer side of things,” he continued. “They’re an organized team, not easy to play against, and they’ve got some weapons on the field that in the right moments can hurt you too. We’ve got to be very diligent.

One of the few certainties for Vanney is that Alex Bono will get his chance to reprise his role between the sticks. The 25-year-old goalkeeper saw his starting spot go to Quentin Westberg after a long-term slump of form, so tonight will be a crucial chance for him to impress. Still, Bono knows the pressure that comes with Voyageurs Cup, and what winning it means for any of the last four clubs:

We know how important Champions League is, how much exposure the competition gets, how exciting it is and the environments that you play in, how much that adds to yourself as a player and as a team, being a part of that environment. This is where it starts. There are four teams left. We’ve got to be the last one standing.

All-told, fans should be in for two very exciting fixtures in the Canadian Championship tonight. The most expanded form of the domestic cup sees four teams from three leagues represented, so the potential for a historic matchup in the final is certainly a possibility – though the underdogs still have a long way to go to get there.