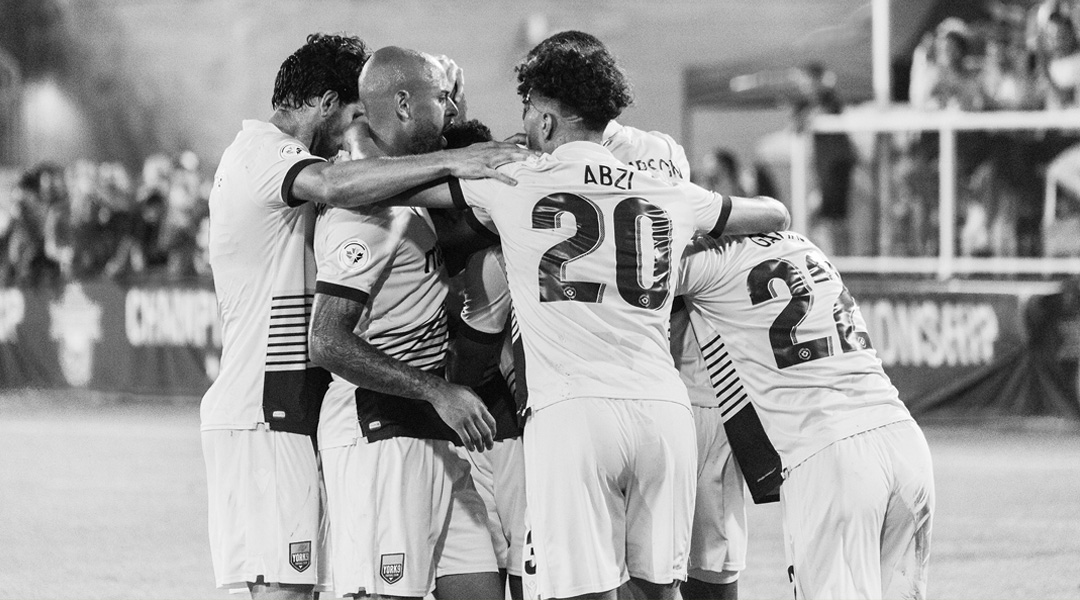 The third round of the Canadian Championship began last night, and it brought with it the gravitas of a historic affair: for the first time ever, the three remaining Canadian Premier League clubs in the Voyageurs Cup would square off against USL and MLS competition.

It was a benchmark moment for the league. Canadian football fans have long been speculating how these Canadian clubs would compare, and last night brought the answer: it’s closer than many would have thought.

Halifax Wanderers got the historic night underway with a game against USL-side Ottawa Fury, a club which was initially expected to be the eighth team in the inaugural Canadian Premier League season. Stephen Hart’s men came back from a goal down twice throughout the game to undue a brace from Thiago, but still succumbed to a 3-2 loss at Wanderers Grounds after having a goal ruled offside.

“First of all, I think for Canadian soccer, you have to be proud of what’s happened here today. There was a fantastic atmosphere, a fantastic crowd, two teams who tried football in very good level. I think the two teams were very, very even and the game was decided by details.”

Jim Brennan’s York9 FC was perhaps the most dramatic game of the bunch, with the Nine Stripes coming back from 1-0 down against the Montreal Impact to score twice in the last 10 minutes of the game in front of a boisterous home crowd. A last-minute penalty would see Montreal keep the scores level, with the last kick of the game seeing Joseph Di Chiara’s close effort glance off the crossbar.

Still, the signs of a potential upset remain: the Nine Stripes kept even possession against their MLS opposition and looked threatening throughout the game. Canadian international Samuel Piette left impressed with the quality of CPL, though York9 FC has it all to do at the away leg in Montreal after conceding two away goals.

“I DON’T THINK WE UNDERESTIMATED THEM. ME, PERSONALLY, I KNOW A LOT OF GUYS ON THAT TEAM. I PLAYED A LOT OF GAMES WITH THESE GUYS ON THE YOUTH NATIONAL TEAMS BEFORE, SO I KNEW THEY HAD QUALITIES. I THINK IT’S A GOOD RESULT FOR US.”

Over in Alberta, spring season winners Cavalry FC held the Vancouver Whitecaps to a scoreless draw. A fantastic save from Maxime Crepeau to deny Oliver Minatel from giving the home side the league in the second half kept things even, though that isn’t to say the ‘Caps didn’t have opportunities of their own. Still, the shift that Tommy Wheeldon Jr.’s side put in indicates that it’s all still left to play for in the second leg.

“I have to say I was really impressed. I want to congratulate everyone in Calgary for this. They have to be proud. It is something I believe could grow even more. It was incredible, apart from the grass which was not at the standard of a professional game. All the rest was absolutely fantastic – the crowd, the environment, the setup.”


The key difference between the levels of play – especially in the case of Halifax Wanderers and York9 FC – was individual errors. Both sides made unnecessary defensive errors, and both sides suffered the consequences as a result. If it weren’t for the defensive miscues, the second leg fixtures on July 24 would be looking very different.

Jim Brennan was proud of his squad’s effort on the night, saying he wasn’t going to fault Luca Gasparotto or Nathan Ingham for their individual mistakes that led to both Impact goals. Both players held already themselves accountable, he said, and so long as there wasn’t a pattern of errors, these kind of things happen in football.