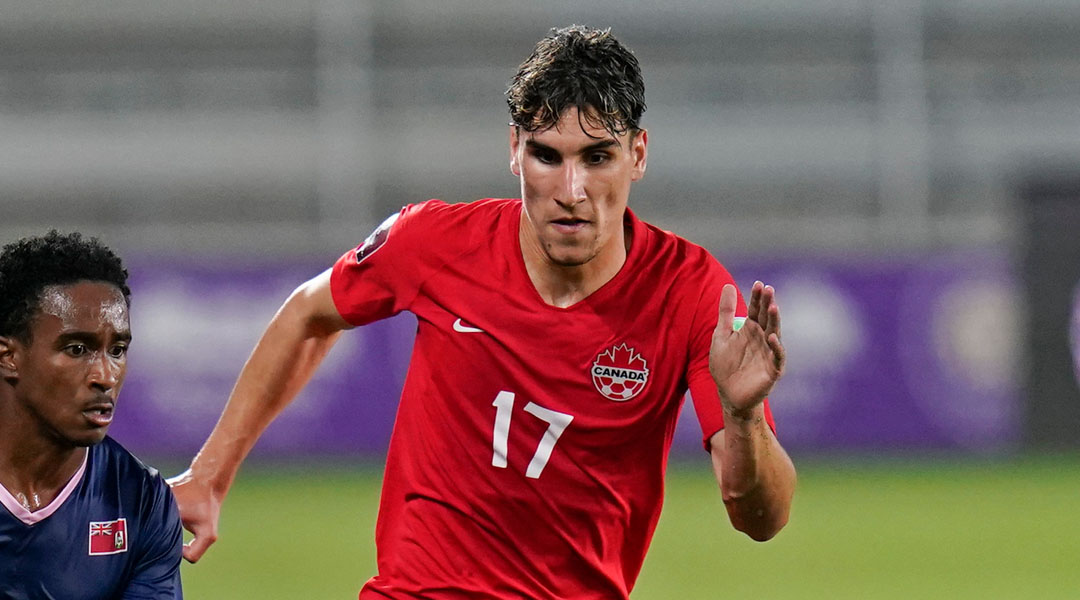 Welcome to a new series focusing on current and potential Canada Men’s National team players. This will be a weekly roundup that will showcase some of the best Canadians players and news about them from the week.

Let’s get into it:

Firstly, we have to start with some awful news. On Friday morning, Bayern manager Julian Nagelsmann announced that Alphonso Davies has mild myocarditis (inflammation of the heart). While this is obviously awful news for Bayern and the Men’s National team, it is incredibly worrisome for Davies’ health, which comes first. He’ll be out until further notice and will miss the upcoming January window.

On January 16th, Scott Arfield announced that he has decided to retire from international competition. The 33-year-old has had a decent spell at the club level of late and was a potential call-up to replace the injured David Wotherspoon. While this news is unfortunate, it doesn’t come as too much of a shock as the midfielder has been out of Herdman’s side for the past two years.

We wish you nothing but the best, Scotty.

Moving on to some more bad news, Reading FC player Junior Hoilett was taken off at the hour mark as he picked up a knock. News hasn’t broken on how long he could be out, but this is also worrisome news for the upcoming camp.

With two wingers potentially down for the important camp coming up, there has to be some good news, right? Well, insert Theo Corbeanu.

The 19-year-old started this season on loan to Sheffield Wednesday, however, due to inconsistent minutes and being played out of position, he was recalled at the start of the window. Not soon after, the big lad was loaned to fellow League One side, MK Dons (who at the time, were two spots above Sheffield).

Playing his first game for the team on January 11th, he had 59 touches and was successful on two of the three dribbles he attempted. He also attempted 37 passes and had a successful passing rate of 89%, impressive for a winger.

On Saturday the 15th, Corbeanu one-upped his mid week performance and scored an absolute banger of a goal:

In my opinion, Theo Corbeanu could very easily develop into a key player for a team in one of the top five European leagues. He’s big, strong, fast, has versatility and is intelligent on the pitch. Should he be called up? I think there’s a good argument for it.

Tajon Buchanan made his European debut and looked impressive. He attempted 42 passes and completed 90% of them. He had a key pass and a few chances in the box, including one shot that was blocked that led to Brugge’s first goal. He drew multiple fouls and showed his technical ability to get around a few players on the left wing. Below is a highlight package.

The 23-year-old forward scored two goals in a FC Eindhoven win against Jong FC Utrecht. The versatile forward has put together a solid season in the Netherland’s second flight. Interestingly enough, all three of his goals in the three games he’s played as a winger. He hasn’t scored in the seven games he’s played as a striker. Brym is another option to replace Alphonso Davies in the January window.

Sticking with young players in the Dutch second flight, the young Simon Colyn played 85 minutes in a 4-1 win against VVV-Venlo. While he didn’t register a goal or an assist in this game, he has been getting consistent minutes since the middle of November. He’s an interesting prospect to keep an eye on.

Canada’s all-time goalscoring leader came off the bench in the 61st minute of Friday’s game against Gaziantep. He scored a goal that was later disallowed due to being fractionally offside.

However, that is not the most interesting news regarding Cyle this week: On January 13th, it was reported by Fabrizio Romano that Cyle Larin rejected a 5 million dollar Euro salary from Qatari club Al Nassr. It has been speculated that Larin is looking to move to the English Premier League, however Lille and other teams are reportedly interested in the 26-year-old Canadian.

24-year-old centre back Scott Kennedy played the full 90 minutes on SUnday against SV Sandhausen. Defensively, he made three interceptions and had four clearances. Furthermore, the centre-back showed his passing skills as he completed 85% of his 41 passes, as well as 7 accurate long balls in 9 attempts. His team, SSV Jahn Regensburg is set to have one more game before Canada’s international window.

Recently, Stephen Eustaquio has been identified as a player of interest for Porto. In what could be his last game for Pacos Ferreria, the 25-year-old deep-lying playmaker completed 91% of his passes on 68 attempts and had a decent game in terms of challenges.

Per Ekrem Konur, FC Porto will be loaning in Eustaquio with an option to buy, so stay tuned!

After being sent off in his last Turkish League game, Sam had a decent bounce back against Galatasaray. While the 27-year-old didn’t do anything of note, he finished with 88% passing on 26 attempts.

His team, Hatayspor, sits third in Turkey’s top flight and is primed to finish in a European spot this season.

23-year-old poacher Ike Ugbo had an interesting game to say the least. While he didn’t score a goal, he had 4 shots, two of which were on target. Interestingly enough, he finished with an xG of 1.22 per Alexandre Gangue-Ruzic. While this should be taken with a grain of salt, sofascore.com gave the young striker a rating of 5.7, likely due to the three big chances he missed.

The recently turned 22-year-old didn’t score, which is unusual. As always, the best striker in Ligue 1 didn’t get a lot of service as before Benjamin Andre’s red, he was averaging around one touch per five minutes.

However, after the sending off, David essentially dropped all the way back into the midfield. The striker had four clearances and showed an ability to be serviceable behind the ball.

This was an up and down week in Canada Men’s football. Phonzie’s heart issue is worrying, but aside from that, it was an alright week.