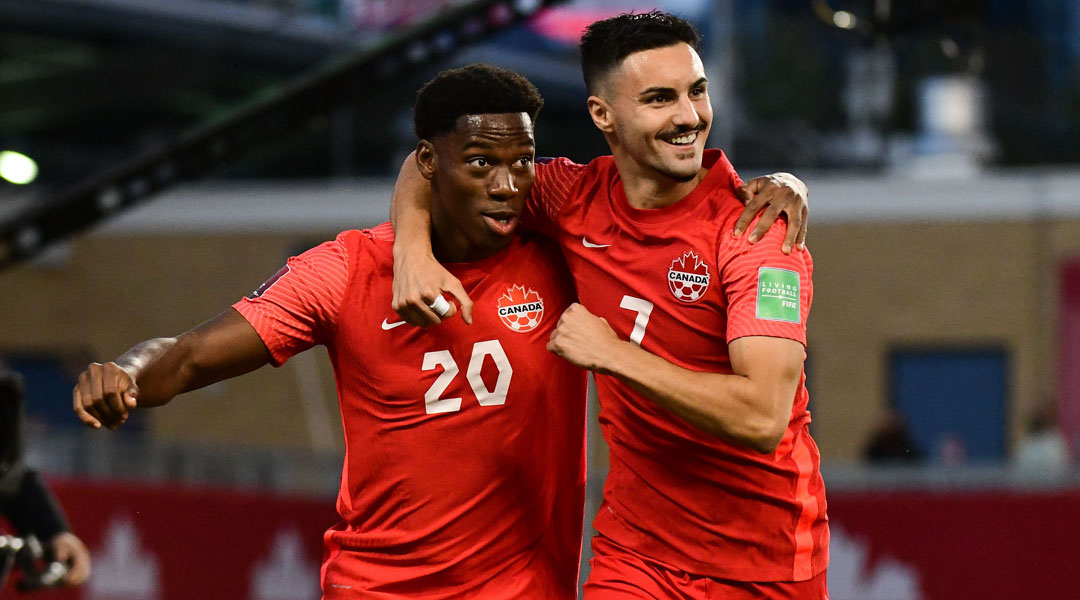 Welcome to a new series focusing on current and potential Canada Men’s National team players, which returns for its second week of round-ups from both the last week of action and a roster reveal for the upcoming January window.

For the second week in a row, we started off with some less-than-stellar news, however:

On Sunday morning, it was announced that key Canadian Men’s National Team player Stephen Eustaquio tested positive for the COVID-19 virus. This comes a week after it was announced by Bayern Manager Julian Nagelsmann that Canadian left-back Alphonso Davies had myocarditis. While he was included in the Canadian squad for the upcoming window, it’s a bit unclear if he’ll be able to feature in all of the matches. In any event, his health comes first and foremost. Recover soon, Stephen!

In more light-hearted news regarding Stephen, he confirmed on Monday afternoon that he will be moving to Porto. This is a great move for the 25-year-old defensive midfielder, as he’ll have an opportunity to play in the Champions League with the Portuguese side.

Furthermore, Stephen got into a game on Friday afternoon for Pacos, playing the full game and completing 82% of his 67 passes. He had a solid defensive game, drawing three fouls and making three interceptions. Hopefully he tests out of COVID sooner rather than later.

Sticking with Canadian players in Portugal, captain Steven Vitoria was sent off in the 84th minute. The 35-year-old center back cleared five balls and won 75% of his 12 aerial duels. If not for the upcoming break, Steven would be missing the January 30th game against Braga.

Jonathan David:
Moving North East from Portugal, we have arrived in France. Jonathan David played two games this week, playing the full 90 in each game. In a 3-1 win against Lorient, he didn’t do all that much with his 33 touches. He did however win four of his five ground duels which goes to show his ability to press.

On Sunday, Lille lost 2-0 to Stade Brestois. The young man from Ottawa had two successful dribbles on three attempts and had 47 touches for the team. While he didn’t score, he did have two key passes which boosted his sofascore to 7.2.

The 22-year-old winger registered his first assist for Club Brugge in a 2-2 draw with Standard Liege.  Coming off the bench in the second half, the right winger put in a perfectly weighted cross on his first touch which led to the tying goal. View below.

He’ll be a key player in the upcoming window with Davies out.

Sticking with Canadians in Belgium, Ike Ugbo had the start for Genk in a 2-1 loss to Union Saint-Gilloise. Ugbo played 67 minutes and the 23-year-old striker lost possession 7 times with only 20 touches of the ball. He had a key pass as well, but it didn’t result in an assist.

Moving to Belgium’s neighbour, the Netherlands, where Simon Colyn had the start for Jong PSV in the Dutch second division. He played 71 minutes and had 33 touches on the ball. He completed 79% of his 19 passes and lost possession 12 times on 33 touches.

Sticking to the Netherlands, Brym played 75 minutes for FC Eindhoven in a 2-0 win against FC Den Bosch. He completed 64% of his 14 passing attempts and was successful on both dribbling attempts. I noted in my last article that he hasn’t scored when playing striker, but scores nearly a goal per game as a winger. He played on the right in this game.

Moving along to Germany, we have SSV Jahn Regensburg centre back Scott Kennedy. Kennedy is arguably Canada’s most promising centre back, however, he has missed games frequently due to injury. On Sunday, he scored with a thundering header in a 2-1 loss to Holstein Kiel.

Now on to Greece, where FC Panetolikos’ Derek Cornelius scored his first goal of the season in a 4-2 win over OFL Crete.

Derek’s team is also off to the semi-finals of the Greek Cup after defeating the Greek giants, Olympiakos.

It was a good week for Canadian centre backs.

The Canadian and Bestikas captain saw the final 45 minutes in a 1-1 draw to Malatyaspor on Saturday. Hutchinson had a successful passing game, as he completed 95% of his 44 passes, including four long balls on five attempts. The midfielder wasn’t available off the bench in the midweek game.

Cyle Larin played 79 minutes in a 1-0 win over Fatih Karagumruk on Tuesday. The 26-year-old wasn’t noticeable as he failed to put his two shots on target. Sofascore gave him a rating of 6.2, his worst rating in Turkish competition this season. He was on the bench in the 1-1 draw to Malatyaspor on Saturday.

Left back Sam Adekugbe played 60 minutes in Hatayspor’s 6-0 defeat to Alanyaspor on Thursday. In that game he completed 82% of his 14 passes and was successful on his two long ball attempts. It was overall a quiet game from the 27-year-old, but he sure wasn’t the cause of the 6-0 defeat.

On Sunday, he played the full 90 minutes in Hatayspor’s 0-0 draw to Caykur Rizespor. It was another overall quiet game from the defensive-minded full back, as he completed 70% of his 30 passing attempts.

After a hamstring injury scare last week, the 31-year-old played the final 15 minutes in Reading’s 4-3 defeat to Huddersfield Town. The versatile winger didn’t have enough time to impact the game as he only had 13 touches of the ball.

18-year-old dual national Daniel Jebbison continues to score goals for fun. In his past eight games, he has scored six goals, including one on Saturday against AFC Wimbledon. It makes you wonder how much longer Sheffield United will keep him at the League One level, as he has dominated for Burton Albion.

In fact, it makes you wonder how much longer until he’s called up to the senior national team.

In his first two MK Dons games, Theo had a Sofascore rating of 7.2 in each. However, on Saturday, he posted a rating of 6.5 in a 1-0 loss to Doncaster Rovers. He completed 80% of his attempted 35 passes, including two long balls on three attempts. Where the low rating likely comes into play is his low success rate of 20% on crosses as well as not completing a successful dribble on four attempts.

However, it is important to keep in mind that he is 19-years-old and he’s developing. The good new is that he’s played all but seven minutes in his three games since joining MK Dons.

18-year-old dual national Marcelo Flores scored a brace against AFC Bournemouth’s U-23. He has continued to play well at the U-23 level, and one has to assume that there will be a summer loan for the young player.

On Monday afternoon, the CSA announced its 25 man roster for the January window. Interestingly enough, the team includes Stephen Eustaquio, meaning that he might be able to play in the last game against El Salvador.

Sadly, Stefan Mitrovic, Theo Corbeanu, and Daniel Jebbison are all missing from this squad despite the good form from England-based players. Perhaps if Canada secures their spot in the World Cup this window, we could see dual nationals make an appearance in March?