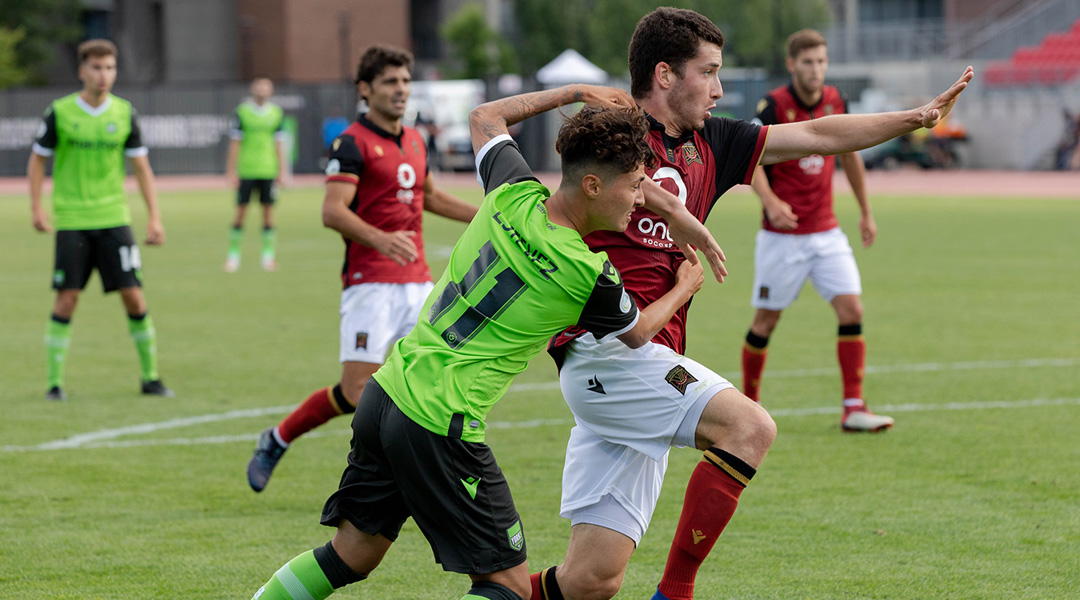 Today the domestic league released an interview with its Director of Football, Oliver Gage, who has provided a glimpse at anonymized data showing a breakdown of how all seven clubs from the 2019 CPL season spent their player salary caps.

The key takeaway is clubs have the freedom to do whatever they think is going to help them win and do the most within the limits of the cap. Whether it’s traditional wages, covering housing costs, or bonuses, there is room to get creative.

As Oliver states, the Canadian Premier League salary cap counts more than just base wages: there are also performance bonuses, signing bonuses, housing, and player-related expenditures such as travelling expenses, moving expenses, and agents fees’ which all count towards the cap.

Clubs were permitted to sign up to 23 players, of which a maximum of seven could be internationals, and a minimum of three had to be domestic U-21 athletes.

Here’s a breakdown of how that looked like in 2019:

In the interview, Gage suggests that the league’s flexible salary cap rules allow sides to adopt a variety of strategies to maximize their return on strategic cap investments.

Base salaries saw a lot of fluctuation in the inaugural season, with Club #6 spending the least of any side ($501,615) on player wages in 2019, which is a far cry short of the base player salaries provided by Club #4 ($652,000), who spent the most. PFA Canada had estimated that club expenditure on these salaries averaged $500,000 in 2019, though the above chart paints a much different picture.

CPL sides certainly appeared to adopt a variety of approaches to attract talent, with Club #6 providing a lot more in terms of housing coverage, while Club #1 put forth just over $35,000 in performance bonuses.

This first club offered much higher performance bonuses for goals, wins, assists, and things like that. They gave their players the opportunity to earn more based on success. For Club #2, it’s a more systematic approach – pretty high salary with players on similar money.

Out of all of the inaugural teams, Club #5 spent the highest percentage on player housing, which was surely a significant help to players arriving to the city – though, as Gage points out, it leaves the club with less flexibility in terms of salary or bonuses. Still, he says, a stable and settled life away from the pitch is often an overlooked aspect of player performance.

The interview also reveals that the previous player maximum salary expense was indeed at $750,000, which was a figure widely reported and recently discussed by former York United assistant coach Carmine Isacco.

Player salaries have been a large talking point following the early retirement of players like Luca Gasparotto, Dylan Carreiro, and Ajay Khabra, with the CPL now introducing a $22,000 minimum salary for players. This will not cover athletes on CPL-U SPORTS Developmental contracts, which are estimated to average between $10,000 to $12,000.

Clubs must also allocate between $350,000 to $550,000 for their coaching staff, with the combined player and coach salary expenses required to land below a $1.2 million cumulative cap this season. CPL Commissioner David Clanachan says he intends to raise the salary cap again in 2022.

The 2021 CPL season also sees a raise in the number of minutes required to be given to domestic U-21 players, too.

All-told, the fact that the Canadian Premier League released its 2019 player salary cap numbers will be seen as a big wins for fans who had been hoping for more transparency.

Unlike MLS, individual player financials are still a mystery, though if the league eventually recognizes FIFPRO member PFA Canada, there will likely be progress there, too.

Even still, this week’s advancements in transparency have come at a rate faster than what some in the league’s own office had anticipated, and are a good stepping stone for the professional league and its players as a whole.