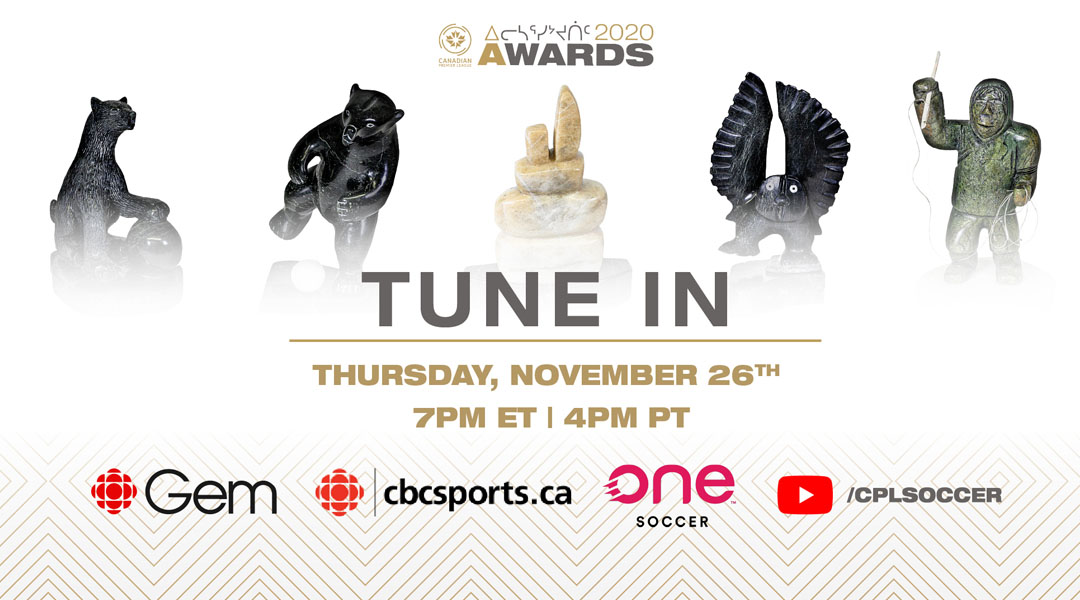 Today, the league confirmed that the ceremony will take place on Thursday, November 26, 2020 at 7:00PM EST, with fans able to tune in on OneSoccer, the official CPL YouTube channel, and CBC via the Gem app and official website. During the livestream presentation, the official awards for golden boot, golden glove, best U-21 domestic player, best head coach, and the player of the year will be officially presented.

Last year saw former Forge FC midfielder Tristan Borges collect the golden boot, best U-21 domestic player, and player of the year awards prior to departing for Oud-Heverlee Leuven in Belgium. Cavalry FC claimed the rest of the carvings, with Marco Carducci winning the golden glove and Tommy Wheeldon Jr. being hailed the coach of the year.

The only award already decided is the golden boot, which Halifax Wanderers striker Akeem Garcia wrapped up after contributing an astounding six goals in ten appearances for the east coast side. While many speculated that the Trinidad and Tobago international might spring forth to a higher level, the club has since confirmed that he has re-signed for the next season.

The golden glove award is guaranteed to change hands this year, with last year’s winner Marco Carducci not making this year’s trio of shortlisted shotstoppers. This 2020 ceremony will see Christian Oxner (Halifax Wanderers), Callum Irving (Pacific FC), and Triston Henry (Forge FC) up for the award, with Oxner a perceived favourite.

The head coach award will see Forge FC gaffer Bobby Smyrniotis as a clear favourite, with the 42-year-old head coach leading his side to a second consecutive North Star Shield prior to impressing in the Concacaf League, too. He’ll square up against Stephen Hart, who led a Wanderers team that finished bottom of the table last year to a CPL Finals appearance in PEI, while Atletico Ottawa coach Mista earned a nod for deploying a competitive expansion side during a pandemic.

This category sees perhaps the biggest snub of the awards, with Pacific FC head coach Pa-Modou Kah not earning a nomination. Still, with the Tridents boss urging that continuity was key while already adding someone like Manny Aparicio to the roster, it’s fair to say that he’s already putting in the work to be in the running next year.

The Best U-21 player of the year nominations see Cavalry FC full-back Mohamed Farsi, Halifax Wanderers’ Chrisnovic N’sa (who moved to York9 FC), and Valour FC loanee Julian Dunn up for honours. The aforementioned full-backs are expected to be favourites, though iron man Dunn left the Valour FC camp having helped the club to a much better defensive record.

For the biggest prize of them all – Canadian Premier League Player of the Year – there are three great combatants: Marco Bustos (Pacific FC), Kyle Bekker (Forge FC), and Akeem Garcia (Halifax Wanderers).

Bustos scored five goals and provided three assists in just ten appearances, prompting speculation that he could be destined to return to higher leagues. Bekker provide a pivotal cog in the Forge FC engine, with rumours springing up that Vancouver Whitecaps head coach Marc Dos Santos might be keen to bring in the veteran midfielder. Garcia, of course, finished as the golden boot winner after proving to be the most dangerous striker at The Island Games.

Only York9 FC and FC Edmonton won’t be represented in the nominations (one N’sa transfer aside), with the Nine Stripes already undergoing a massive squad overhaul and Eddies President Eric Newendorp suggesting his new club will be doing the same.

With the date now set in stone, Canadian Premier League fans don’t have much longer to wait in order to see which players will be awarded for their performances in Charlottetown. Until then, there’s always the Fan Awards.