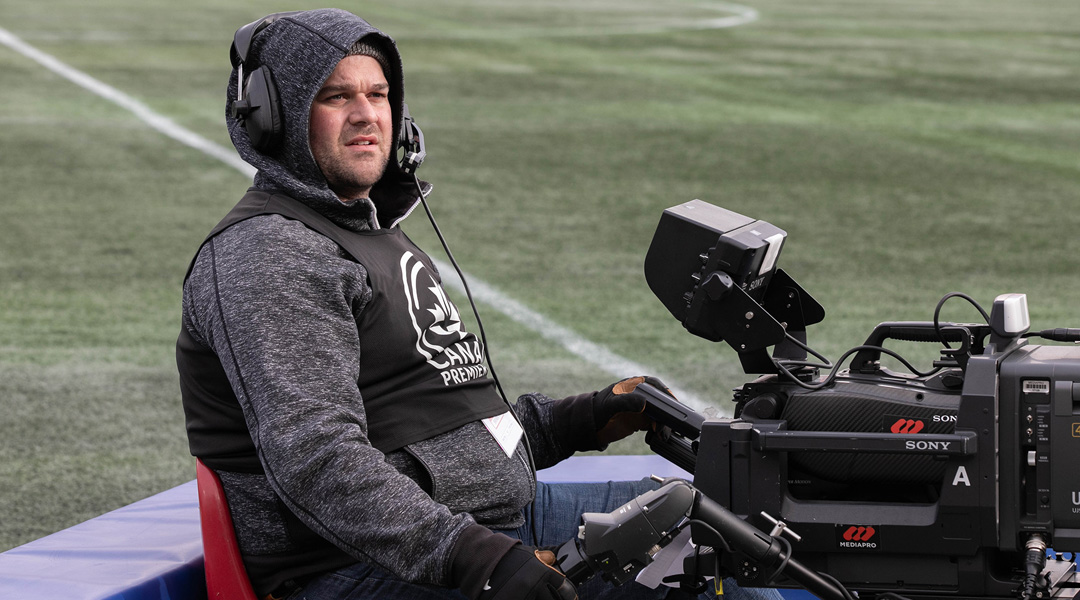 It’s an exciting time to be a Canadian Premier League fan: the league just got its first-ever expansion side in Atletico Ottawa, which allowed the head office to put together a much more balanced league schedule, forgoing a split season format for a more traditional league table while still keeping its playoff tradition alive to keep more teams in the running during later stages of the season.

League commissioner David Clanachan had said the onus was on the CPL to keep improving each aspect of the league as it heads towards the 2020 season, and those improvements will also impact the live television coverage for the growing league. The inaugural campaign saw twenty matches get coverage from CBC Sports, ten on live broadcast television and another ten on CBC Gem, the CBC Sports app, and the CBC Sports website.


For the upcoming season, Clanachan revealed on an episode of Footy Prime that the number of games aired on live television will grow – though he didn’t give out a specific number of matches yet:

Yes, we will have more games on that live than we did last year, for sure. We had twenty games with CBC last year. They played very well, it worked well for us. MediaPro wants to do that. Their whole idea here with OneSoccer is it’s not an OTT platform. They want it available everywhere, anywhere, how people want it. That’s the whole thing. This country’s a little bit different, right? We’ve got two big networks that are pretty strong. The two bulls in a China shop. They don’t necessarily think about it the same way, they’re very oldschool in the way they look at things. So you’re working through that, right? That’s okay. We’ll work through that ourselves. The reality is, it’s going to evolve. We know this. The reality is, today we can worry about this idea of subscription TV, but the reality is we’ve been paying for subscription TV for decades, it was just never packaged that way so we don’t know it.

OneSoccer had previously broached the subject of potentially starting its own 24/7 soccer channel on television, though when we last reached out to the streaming service it couldn’t provide an update on the initiative.

Every Canadian Premier League game will continue to be available on the OneSoccer streaming service, which is owned by MediaPro and offers plenty of supplementary Canadian football content and, of course, has been aggressively expanding its catalogue to bring Canadian spectators the likes of the Red Stripe Premier League, Chinese Super League, and Liga MX.


In the interim, Clanachan has reported that interest is building in regional broadcoasters too, indicating that local matches may soon become available to some CPL fans.

We’re seeing some interest from regional broadcasters. But, they key thing for us is that you’ve got to be able to show them data. One year under our belt, all of the sudden you’ve got data in front of you, so now you can actually sit down in front of people and say here’s what it looks like. Gone are the days where the CEO could say ‘Yeah, I want to put our name on that stadium that they just built in Hamilton’. Now it’s the CFO that says show me the return, right? It’s a very different world.

Given that this news was quietly broached a few weeks ago without any update since, there’s no telling what number of games will ultimately be available on live television versus OTT services like the present form of OneSoccer. Last year, the ten games that CBC sports featured on live broadcast had a network reach of 3,216,000 Canadians in all, with an average reach per game of 422,000. These regular season games had a 2+ average minute audience of 54,000, which was a figure slightly lower than Toronto FC’s 2016 matchday viewership (which, of course, was through a subscription-only channel).

The first leg of the CPL Finals featured a 2+ average minute audience of 82,000, which was a 28% increase over regular season games. It’s expected that at least one leg of this year’s finals will once again get live broadcast treatment, too.

Whatever number of games get aired on television in 2020, it’ll be interesting to see if the viewership rises – especially given the new schedule, which frequently features a new Friday night time slot to avoid conflicts with the likes of Toronto FC and matches from other leagues which may detract from viewership.