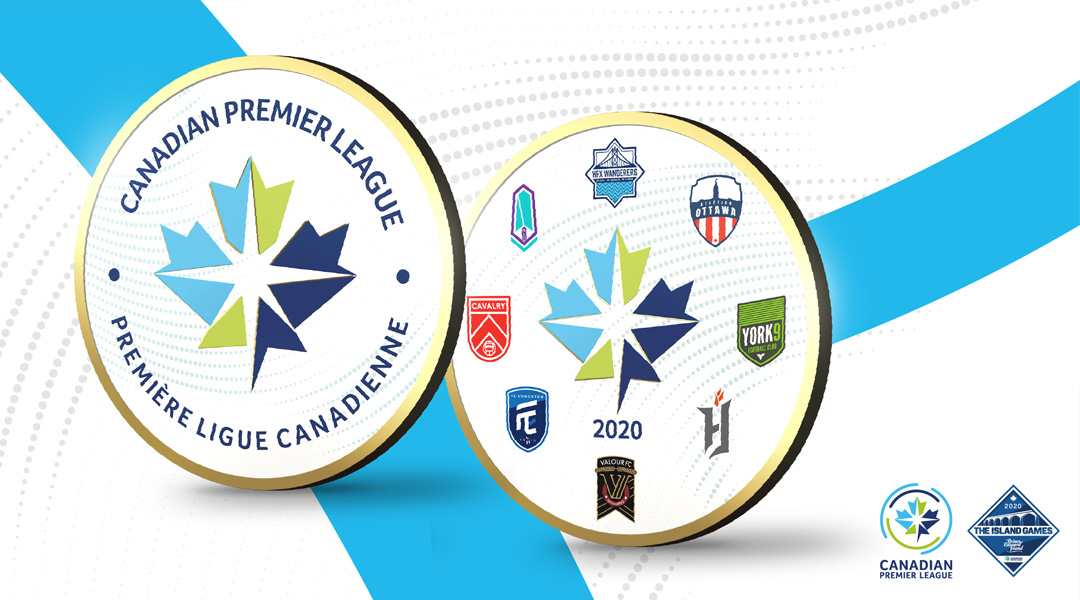 Last night the Canadian Premier League announced that 250 official league coins would be made available for pubic sale, though fans who want a little piece of Canadian soccer history will need to enter a lottery system which opens later on this morning for a chance to purchase the limited edition coin.

Purchasing a coin from the limited edition run will run fans $39.99 (with free shipping), which is the same price point as last year’s inaugural season coin – though that run only saw 100 coins released, as opposed to 250 this time around.

The league also released a coin for the first-ever CPL Finals last year, though it’s unclear if that will happen for The Island Games.

This season’s numbered commemorative coins feature the league logo on a white background on one side, and the crests of all eight CPL clubs on the other. If it looks familiar to (very) eagle-eyed CPL fans, that’s because it’s the exact same coin used by CSA referees during the pre-match coin toss ceremony.

It’s a piece of history that might feel extra special to fans of Atletico Ottawa, given that it’s the first time the expansion side has featured on official league commemorative merchandise like this year’s official coin.


Fans interested in purchasing the coins must enter a lottery system for the opportunity to do so. This lottery opens up today at 11:00AM EST, and users will be required to register with a credit card on the official CPL website here or through the league’s mobile application.

The lottery will close on September 11 at 11:00AM EST, at which point 250 winners will be randomly drawn and contacted by the league within 48 hours to confirm their interest in purchasing a 2020 CPL official league coin.

It’s fair to say that this season has been highly irregular: the COVID-19 pandemic delayed the 2020 Canadian Premier League season for months, with the league eventually finding a way to host a bubble tournament safely in Charlottetown.

With MEDIAPRO Canada securing multiple new broadcast partners both domestically and internationally, this year has seen the CPL bring itself to a wide number of potential new fans – so it’s probably a good thing there are more coins this time around.

The Island Games are currently in the Group Stage, with the top four teams now playing a round robin format over six matches with the top two teams then heading to a single-leg CPL Final. The winner of that will hoist the North Star Shield while also qualifying for the Voyageurs Cup Final and the 2021 Concacaf League.