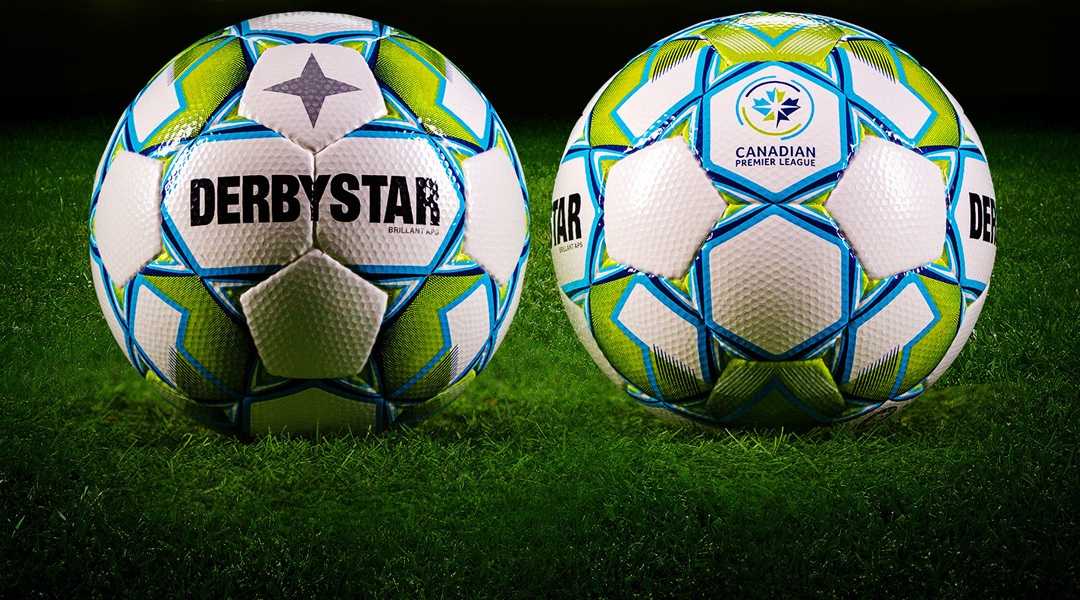 The Canadian Premier League is partnering with DERBYSTAR Canada to provide the league with its official matchday and training balls this season.

The partnership was put into place Canada Soccer Business, which will see the 2020 match ball – officially called the BRILLANT APS – be utilized by all eight clubs.


Both the 2020 official matchday ball and the league’s new partnership with DERBYSTAR Canada were unveiled exclusively on Tik-Tok, with the CPL stating that the league’s new social media channel on the platform will feature plenty of behind-the-scenes bonuses for fans who subscribe to the official CPL Tik-Tok account.

The DERBYSTAR BRILLANT APS (Advanced Performance System) features a textured surface and a zero-wing latex bladder along with a 32-panel design. According to the league, this will result in a ball with a lively bounce, a lighter touch, and a consistent flight path.

Unlike last year, fans will be able to purchase the official league ball. Those interested in potentially picking up the official 2020 CPL match ball and pre-order it here.


The balls can supposedly go toe-to-toe with the same ones used in Bundesliga action, with DERBYSTAR Germany spokesperson Andreas Filipovic offering his thoughts on the official 2020 CPL match ball:

We are very happy that our best competition ball will now be played in professional Canadian soccer as well. The cooperation with the young and ambitious Canadian Premier League reflects our reputation as the ball specialist.

The inaugural campaign had seen the league utilize Nike Merlin balls, with league commissioner David Clanachan stating that today’s announcement ticked a lot of boxes for the Canadian Premier League:

We are truly excited to partner with a world-class premium brand such as DERBYSTAR that is a leader in its category and recognized for providing the highest quality products. Part of our goal is to align with brands that are innovative and will enhance the growth and development of soccer in Canada and DERBYSTAR delivers on that.

Last month, the league revealed the 2020 home kits for its seven founding clubs, with only expansion side Atletico Ottawa still left to reveal its home kit. The away uniforms for all eight clubs are still set to be revealed at a later date.

The kits didn’t reveal any new sponsorships (though FC Edmonton did change its kit sponsor from OneSoccer to Swoop Airlines, which is a subsidiary of existing league sponsor WestJet). It’ll be interesting to see if more companies join the burgeoning league as it heads into its second-ever season early this April.