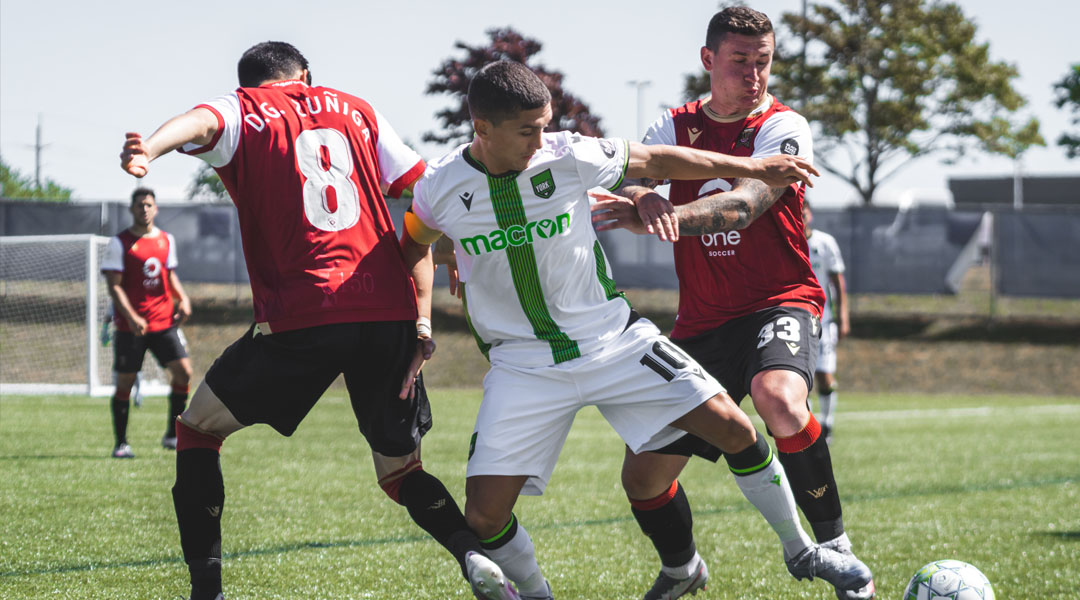 When the Canadian Premier League announced that it would be hosting a bubble tournament in Charlottetown for the 2020 season, news soon followed that CBC Sports would be airing the tournament’s double-headers each Saturday (with the first match of each day on a one hour tape delay) along with live coverage of the CPL Championship match.

The national broadcast service has disclosed that the it’s Saturday mid-day and CPL Championship coverage of the Island Games reached 2,500,000 viewers in all across Canada, with the select regular season and group stage games featuring a 2+ average minute audience of 48,000. The championship game on September 19 – which was a single leg this time around – drew in a 2+ average minute audience of 41,000 with 53,000 viewers for the encore broadcast.

During the season, one online report stated that the Atletico Ottawa’s first-ever match drew in a 2+ AMA of 64,000, while the coast-to-coast clash between Pacific FC and the Halifax Wanderers reportedly drew in 86,000. Northern Tribune did not receive individual match averages from CBC Sports, but rather the 2+ AMA for the entire season. As things stand, those early numbers appear to have been well above average.

CBC Sports saw the regular pairing of commentators Nigel Reid and Craig Forrest, who combined well in the studio alongside matchday coverage from Scott Russell and, for this first Saturday, Andi Petrillo. CBC Sports also made the games available on CBC Gem and through the network’s website, though those digital viewership figures were undisclosed.

The inaugural Canadian Premier League season saw CBC Sports air a single live match each week, which brought in a slightly higher 2+ average minute audience of 54,000 with a total of 3,216,000 Canadians tuning in to the spring or fall season. The first leg of last year’s CPL Finals draw in a 2+ average minute audience of 86,000, while an early morning tape delay of the second leg saw a drop in viewership all the way down to 17,000.

It’s worth noting that OneSoccer is the primary provider for live CPL matches, though the MEDIAPRO-owned streaming service does not disclose its viewership numbers. MEDIAPRO also brought a significant global boost to the league’s broadcast coverage, announcing television deals in Africa, India, The United States and the Caribbean, and even some increased domestic regional broadcasts, too. The viewership numbers brought in by those deals remains undisclosed.

In any event, MEDIAPRO’s broadcast deal with CBC Sports has continued to bring in plenty of additional eyes that may not have tuned in to the domestic league otherwise – though, obviously, one hopes that the average viewership will grow year-over-year. In this case it hasn’t, though the CPL faced tough competition in terms of both the NHL and European football leagues overlapping on many of those Saturdays. A less congested viewing schedule without double headers and tape delays might provide a more apples-to-apples comparison, too.

While MEDIAPRO and CBC Sports are expected to continue their partnership for the third Canadian Premier League season, a deal between the two likely won’t be announced until much closer to next year’s season, in whatever shape it takes. It’ll be interesting to see what foreign networks sign on for another year, too.