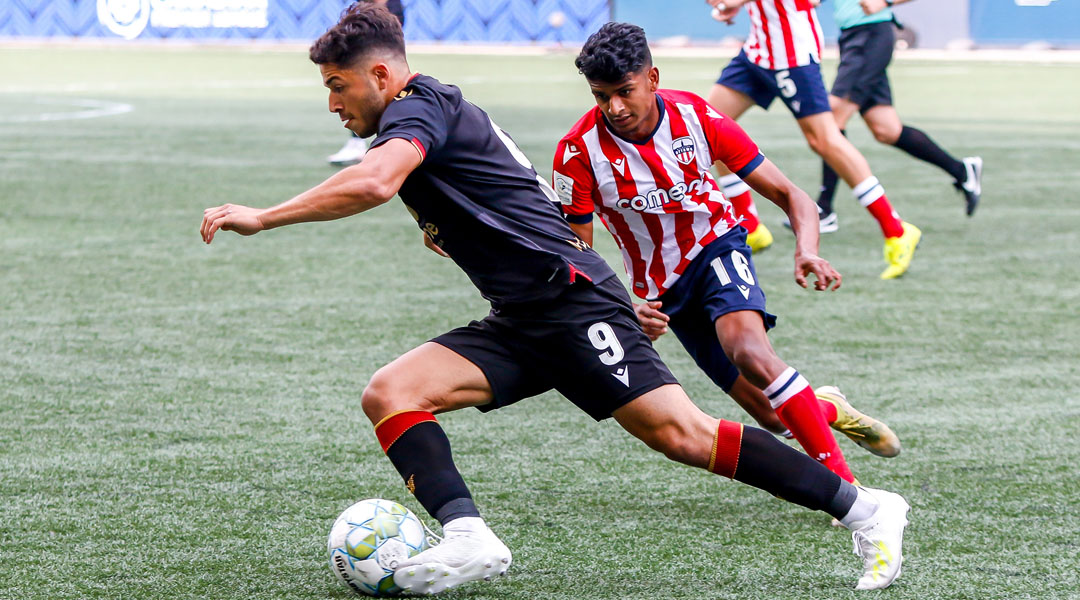 The second meeting in the Winnipeg bubble between Atletico Ottawa and Valour FC saw the Winnipeg-based hosts secure their fifth win of the season out of six matches played.

A penalty in the dying minutes of the game saw Moses Dyer convert from the spot, handing three points to Rob Gale’s side as the New Zealand international rose to the top of the league’s scoring charts for 2021.

The match also saw Jonathan Siriois secure his fifth clean sheet for the side in just as many appearances.

The previous meeting of the two teams saw Valour emerge 2-0 victors, with a victory last year at The Island Games meaning the club has beaten the expansion side in all three of their meetings.

Valour had the better opportunities of the first half, outshooting their opposition 14-3 with Austin Ricci having come closest the for his side, firing just wide of the post as defender Milovan Kapor closed him down.

Atletico Ottawa’s Zach Verhoven forced a big save from Jonathan Sirois in the first half, with the CF Montreal loanee still yet to concede yet in five games with the Valour. The first half also saw head coach Mista forced into an early substitution, with Brandon John coming off injured in the 24th minute.

Both sides were put through the paces with plenty of back-and-forth action under high temperatures, with Atletico Ottawa getting a few more shots off in the second half.

Shaw tried a long range effort after a nice dribbling move, with Rafael Nunez later chesting the ball down but firing just high of the net. On the other end of the pitch, a nice turn-and-run from William Akio saw the striker force Powley into his fourth save of the game.

Substitute winger Jared Ulloa made his fresh legs count two minutes from time, doing well to race down the right wing before firing a shot that didn’t have the right angle to bag an insurance goal.

The win sees Valour FC now four points clear on the top of the table after six games played, with Atletico Ottawa still stuck in the bottom half before a long-awaited return home after two more matches in Winnipeg – many of which have been under hot, intense conditions:

I think it’s not the best for the players, because it’s very hot – but we only follow the rules. I don’t decide the schedule for the league.

Both clubs will undergo weekend matches that will occur later in the day due to a heat warning, with a Sunday double-header seeing Valour take on York United at 7:30PM EST with Atletico Ottawa then taking on FC Edmonton on at 10:30PM EST.