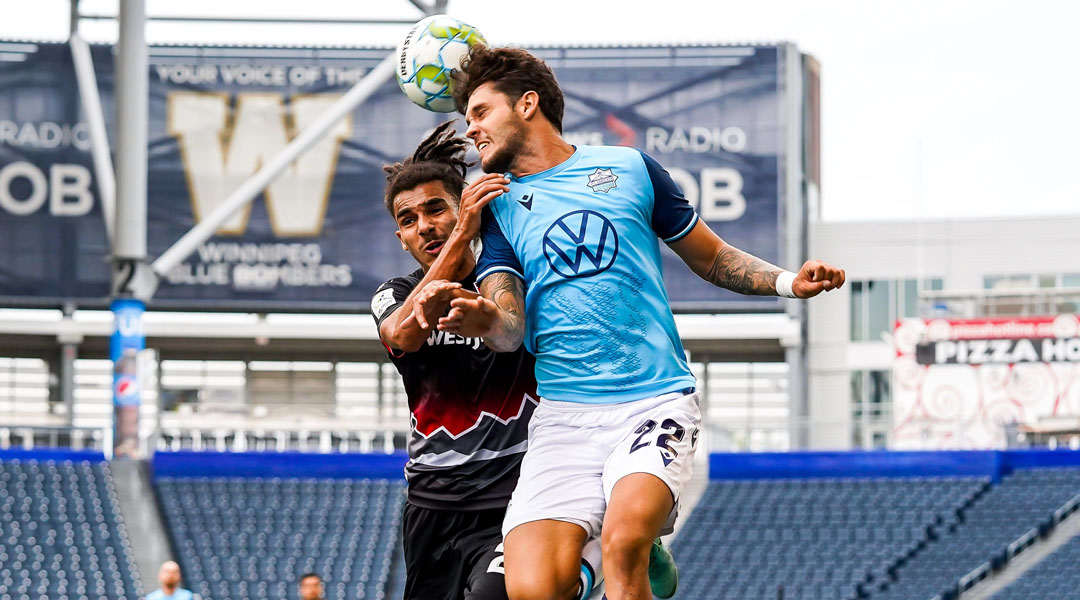 Tonight’s Canadian Premier League double-header opened with Cavalry FC and the Halifax Wanderers, with the top-versus-bottom affair seeing few opportunities to score develop for either side.

The goalless affair was the first time either side has collected a clean sheet during the bubbled start to the 2021 CPL season in Winnipeg, Manitoba.

Alberta-based side Cavalry FC handed a debut to goalkeeper Tyson Farago, while impressive defender Daan Klomp was given a rest on the bench. The Halifax Wanderers – helmed my Mesut Mert whilst Stephen Hart undergoes a minor medical procedure – immediately added Marcello Polisi into the lineup following the completion of his quarantine.

Here’s a look at what tonight’s rosters resembled:

The Halifax Wanderers started things off on strong footing, with Doner probing on the right and Akeem Garcia skidding the ball along the front of the goal line to show strong intent from the east coast side.

Unfortunately, Sergio Camargo’s night came to an early end in the seventh minute, with head coach Tommy Wheeldon Jr. bringing on Richard Luca to replace him.

Honduran midfielder Jose Escalante then nearly put the ball into the far post from distance in the 30th minute, but the scores remained level.

While Cavalry’s press had earned them back-to-back goals in the club’s last two games, this time it was the Alberta-based side caught playing out of the back at the end to the second half: Morelli knicked the ball and got it to Garcia, who couldn’t find an opportunity to take the shot himself. He played it back to the Brazilian, who fired a low effort that went just wide of the post.

The second half whistle came just after Cavalry FC Captain Nik Ledgerwood collected a yellow for a trailing boot that caught the right leg of Jeremy Gagnon-Lapare.

The second half grew increasingly chippy as it progressed, with tensions eventually boiling over into a team scuffle. Despite tempers flaring, referee David Barrie showed restraint and didn’t hand out a caution to instigator Joseph Di Chiara – though the second half would see cards handed out to Kaiser, Polisi, Escalante, and Simmons.

Jamaican international Alex Marshall thought he had the go-ahead goal just a few minutes later, making a smart run into the box to attempt a dink over Farago. His effort went the wrong side of the crossbar.

2020 Golden Boot winner Akeem Garcia’s slow start to the season was cemented in the 63rd minute, with the Trinidad and Tobago international being taken off by Mesut Mert. Last year saw the 24-year-old see a healthy return of six goals in ten appearances.

A half-volley from Nikolas Ledgerwood was lifting Cavalry Fans out of their seats late into the match, though Halifax Captain Andre Rampersad was able to head the ball out to stop the opportunity.

There would be no late drama to come, with a scoreless draw seeming a fair result for a match which only saw six shots on target overall.

The Halifax Wanderers will have time to rest and recoup ahead of their match against FC Edmonton next Saturday, whilst Cavalry FC will thrust into a rivalry match against Forge FC on Thursday.