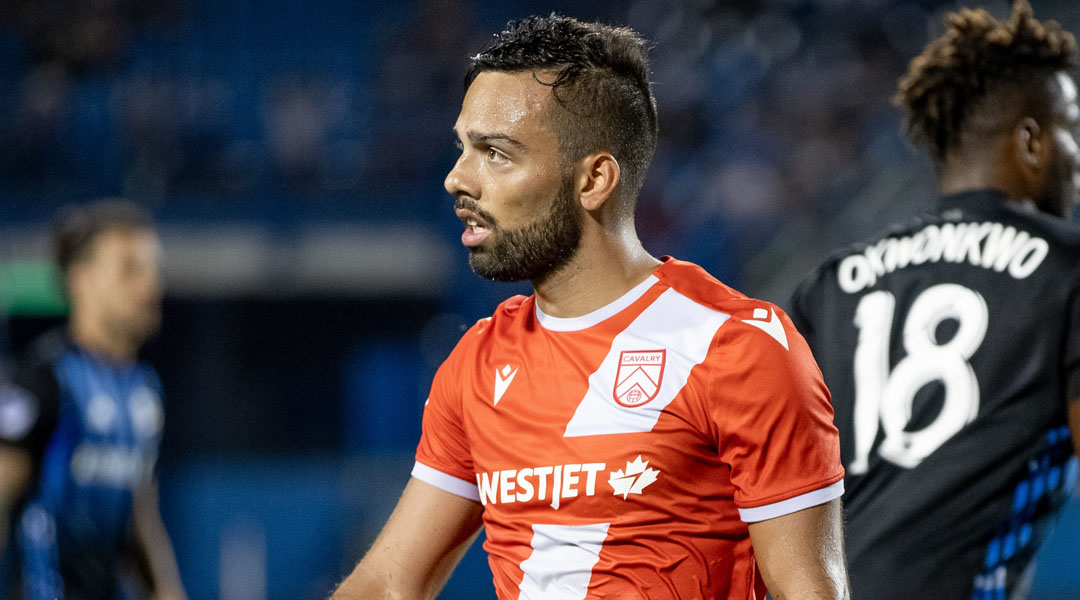 Cavalry FC midfielder Sergio Camargo has just dropped a flurry of information pertaining to the 2021 Canadian Premier League season that is sure to turn the heads of players, fans, and league officials.

The 26-year-old athlete has been a vocal critic of the league’s lack of transparency to players, but today’s tweet takes it to a new level: Camargo posted about when the 2021 CPL season will reportedly kick off, when teams will travel to Winnipeg, the structure of the tournament, and even a claim that York United will begin training next week.

Camargo, who has made 28 appearances for the side since joining in 2018, informed Northern Tribune that the tweet blast of information was just based on rumours, stating that it’s all players can plan for at the moment given a lack of transparency from the league.

Essentially, the now-deleted Tweet was his form of protest regarding CPL athletes still being kept in the dark regarding the upcoming season:

Thus far the league has remained quiet regarding firm public details for the 2021 CPL season. A separate and trusted confidential source said that while the league collaborated with a small player’s counsel on one occasion, essentially all of the CPL athletes are still in the dark regarding what’s all due to come in the next month.

That includes Camargo, who’s post is based on claims made by Duane Rollins. The reporter had posted about Winnipeg last week, and while we surmised that a second east coast bubble could be on the cards, Manitoba does indeed look like an increasingly likely option.

The league office had declared that the 2021 CPL season would start somewhere between mid-June and early July, with a June 26 start date certainly fitting the bill – though with time ticking on, that’s looking to be a bit too soon.

If teams are truly travelling there a handful of days prior, it’s clear that the likes of both York United and Forge FC would need to begin preseason training immediately if the squads are to be prepared for competitive action. Even if their preseason started today, that’s only four full weeks of full squad training ahead of competitive action.

A representative from York United riffed that Camargo was ‘more in the know them them’, which evidently suggests that the Nine Stripes are not on the same page as the bold claim. Of course, if York United were permitted to train, it only makes sense that both Forge FC and Atletico Ottawa would be permitted to train in Ontario, too. While Atletico Ottawa is wrapping up the club’s final day in Spain ahead of a return to Canada, we’d still lend less credence to the Nine Stripes Next Week theory.

The claim that each team will play six games in four weeks time also implies that midweek matches would be back on the menu, and it would make a lot of logistical sense: by condensing some of the action while teams are all in a single location, the league can minimize the run time of the belated season overall and avoid some of the colder weather at the tail end of things.

Whatever happens, Camargo’s public comments are an absolute bombshell: this marks the first time a Canadian Premier League player has brazenly posted information (even if just rumoured) that the league has kept under wraps. While it remains to be seen if Camargo’s tweet is ultimately accurate, it’ll still be a landmark moment for the league – and one that could land Camargo in trouble.

The fact that he’s willing to risk that is, of course, a statement in its own regarding frustrations that players are enduring.