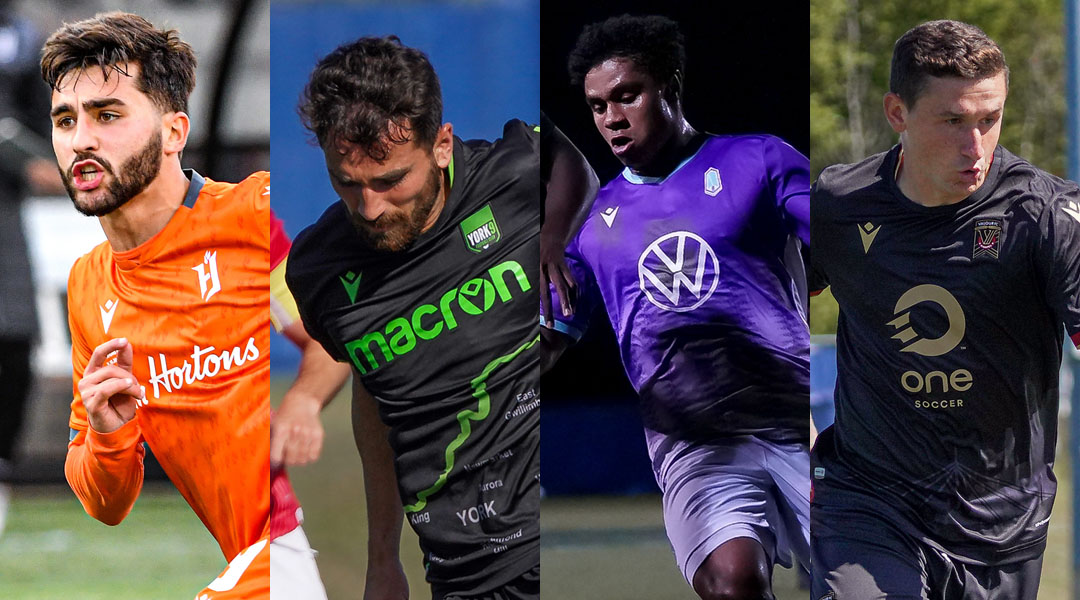 Now that the Canadian Premier League has officially unveiled the start of its 2021 CPL season, the league’s first four fixtures have been revealed. A more complete fixture list is set to come on Wednesday, two days after each club’s 2021 kits are shown for the first time.

So, what are some emerging storylines to watch out for as the 2021 Canadian Premier League season gets underway? Let’s take a gander at what that weekend will have in store:

The Coast-To-Coast Clash Is Becoming A Traditional Opener

For all three Canadian Premier League seasons, Pacific FC has always opened up with a coast-to-coast clash against the Halifax Wanderers. The west coast side took the victory in 2019 with a set piece goal from Hendrik Starostzik, while their first match of The Island Games saw both sides battle to a 2-2 draw with goals from Joao Morelli, Ibrahima Sanoh, Zach Verhoven, and Marco Bustos ensuring a great match for the neutrals.

It’s certainly noteworthy for a season to open on a derby matchup, with last year having also seen Pacific close out its season with a 5-0 group stage statement win over the Wanderers, with Hart selecting a rotated lineup after having already qualified for the CPL Final.

Across their first two seasons, the coast-to-coast clash is in a tiebreaker: both Pacific and Halifax have won twice, with three draws apiece. It’ll be fun to see if the record can shift in either side’s favour later this month.

Both teams have had similar offseasons in that they put a large importance on core roster continuity, though there are a few remaining questions to answer: Pacific FC’s midfield and attack looks stellar, though the left-back position appears to be a weak spot following the retirement of Marcel de Jong and a season-long injury to Duran Lee.

For The Wanderers, the big question will be how much of a hole Aboubacar Sissoko will have left after signing for Indy Eleven, or if some of the new signings can fill in the space. It won’t be long before fans will find out for sure.

Players Starting Against Their Old Clubs

Two of the opening weekend’s four fixtures are likely to contain players featuring against their former clubs, which is something that fans got a taste of last season with the intra-league moves of players like Marco Bustos and Marcus Haber.

It seems most York United fans didn’t enjoy seeing midfield general Joseph Di Chiara transfer to Cavalry FC following a stellar Island Games tournament, where he contributed three goals in six appearances for the Nine Stripes while drawing a significant number of fouls from opponents. With an 87% pass completion rate and the knack for making his presence felt, he’ll now be suiting up against a much-transformed hometown club who he states never offered him a fair deal.

To mirror things nicely, Cavalry FC fans will have felt the same about Dominick Zator joining the Nine Stripes on a multi-year deal: after it was suggested that he may bound for Europe, fans at Spruce Meadows were surprised to see him ink a multi-year deal for the Ontario-based side instead. The Nine Stripes also recruited Nikolas Giantsopoulos earlier this offseason, with Cavalry’s former number two wanting a fresh start. What better way to do that then square off against your old team right away?

Of course, we’re not forgetting that Atletico Ottawa goalkeeper Dylon Powley will be suiting up against his former team, FC Edmonton. The 24-year-old was the number two choice behind Connor James over the past two years, making nine appearances for the Eddies before getting an offer from Atletico Ottawa to take the number one spot. It’ll be a big moment for the BC-born goalkeeper, assuming he gets the starting spot over young competition with a surprising number of appearances.

Valour And Forge Have Unfinished Business

When the regular season of The Island Games was coming to a close, it all came down to the wire for Valour FC: the club’s final match was against reigning champions Forge FC, and a much-transformed Valour side gave it their all in the search of three points. Despite a solo career goal from Yohan Le Bourhis cancelling out Forge’s early lead from Kyle Bekker, and Keiran Dyer scoring a go-ahead goal in the first half, the side was unable to maintain its lead and fell to a 2-2 draw after a second half header from Alexander Achinioti-Jonsson. With that, Valour were sent home early.

Looking back, it’s clear to see that the Winnipeg-based side made significant improvements that year. The club has continued to make some intriguing offseason additions on paper, bringing in the likes of Brazilian Serie A veteran Rafael Galhardo and former Eddies man Keven Aleman. Forge FC, meanwhile, has secured the loan return of former CPL MVP Tristan Borges – who got a goal and an assist the last time he played against Valour FC.

This is a game of the status quo: as the two-time champions of the league, Forge FC will be expected to lock in three points. Despite Valour FC’s stock rising, the Winnipeg-based club still seems like a perennial CPL dark horse – and that’s why their opening weekend clash against Forge be a fantastic season opener, especially given that it’s going down right on their home turf despite them being the away team.

The 2021 Canadian Premier League season will launch with three athletes tied as the league’s all-time top goalscorer: Tristan Borges, Akeem Garcia, and Easton Ongaro. The trio have all contributed thirteen league goals apiece, and it fair to say that they’ll all be expected to start in their respective fixtures.

The return of Tristan Borges on loan from Oud-Heverlee Leuven was a significant capture for the hammers, with the 2019 CPL MVP, Best Canadian U-21 Player, and Golden Boot winner having scored against each of the inaugural CPL clubs in his trailblazing season. He’ll be starting things off against Valour, having played against them three times previously, scoring twice and assisting once.

Last year saw Akeem ‘The Dream’ Garcia make waves for the Wanderers, with his smart positioning and well-timed runs proving lethal to opposition defenses at The Island Games. He won the 2020 Golden Boot after scoring six times in just ten appearances, bringing his own goal tally to 13. He’ll be starting off against Pacific FC, who he scored twice against in 2019 but ‘only’ bagged an assist against at last year’s opening match for The Island Games.

Of course, one can’t forget six-foot-six FC Edmonton striker Easton Ongaro, who is the final player to have a current league tally of 13 goals. Given how FC Edmonton has underperformed over the last two years, the former Cavalry FC draft pack has had to make his chances count in order rack up those goals for the Eddies.

Despite FC Edmonton going winless at The Island Games last year, Ongaro still scored three goals in seven appearances – one of which came against his opening weekend competition, Atletico Ottawa.

All-told, there’s going to be a lot drama unfolding across what is bound to be an exciting campaign. The Canadian Premier League’s third season is sure to play host a lot of good scenes in the months to come, though for now the prospect of an opening weekend within the next few weeks certainly seems enticing enough.

How Forge FC and York United perform after having been unable to begin full team training thus far is probably another storyline in itself, too.