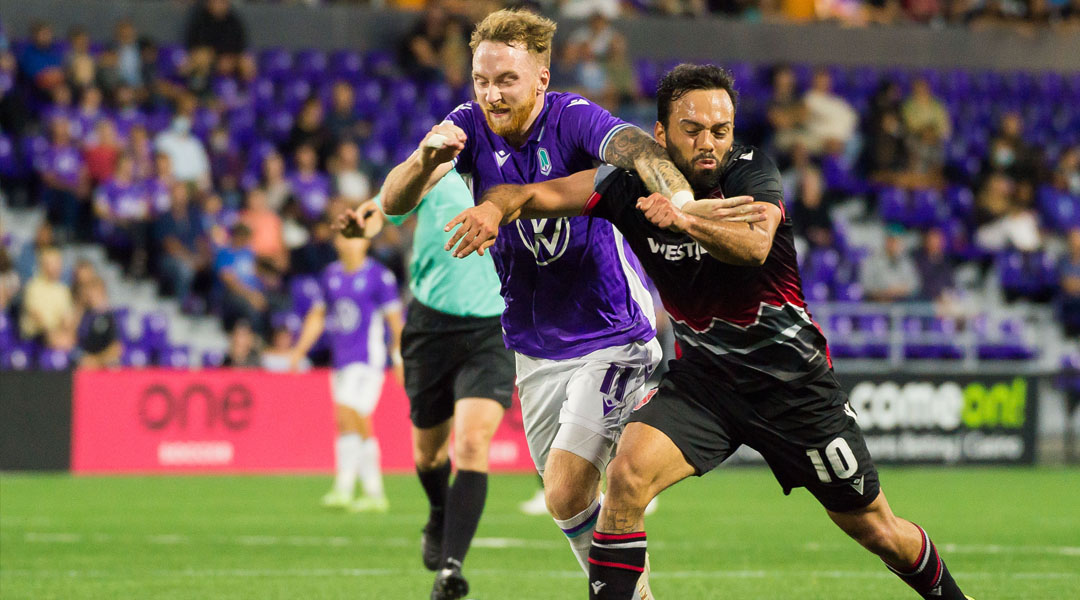 High-flying Pacific FC has extended its grip on the atop the CPL table with a 3-1 home win over Cavalry FC.

The two top-of-the-table teams met at Starlight Stadium last night in a four-goal affair that saw the Tridents come back from a goal down to put in three against the visitors with goals from Campbell, Bassett, and Aparicio.

Campbell’s equalizer came in the form of a finely-struck overhead kick on the stroke of half-time, with Bassett – who made his return after a month-long injury spell – putting the home team in front after dispossessing Simmons inside the Cavalry box and firing a well-placed shot to the bottom right corner. Aparicio would then provide a fiery end to the match, blasting a ball off the post and in at the 89th minute.

The hard-fought win is Pacific’s tenth of the season after seventeen games played, putting the side three points clear at the top of the CPL table. The high-flying side now has four wins in its last five matches, and are clearly hitting a fine rhythm under head coach Pa-Modou Kah.

A lethal Tridents attack has contributed thirty goals in league play this season, with last night’s 3-1 result making them the first team to hit the milestone this season with a nine goal gap ahead of Forge, the next-closest side.

Several Pacific FC players seem to be hitting high notes at the same time: Josh Heard, Terran Campbell, Manny Aparicio, and Kadin Chung (among others) are putting in consistent performances that are driving a team that has done superbly without club talisman Marco Bustos, who is nearing his return from injury.

Last month saw the club storm to a 4-3 victory over the Vancouver Whitecaps, which has also paved the way for another match against Cavalry FC. In 2019, Pacific bowed out of the cup against them. It feels like a statement match in the making.

Due to an uneven league schedule, the additional cup bout also means that the two teams will meet seven times this season. This year’s head-to-head record between the two sees Pacific with two wins, one draw, and one loss.

If one looks at the nine players leading the goalscoring charts, one third of them belong to Pacific. Campbell and Diaz have six goals apiece, the former of whom is quietly echoing the 2019 form that saw him reach double-digits in the scoring charts. Both players are part of a four-way-tie for second in the golden boot race. Marco Bustos is one behind at five, contributing four assists along the way. He’s third all-time in the league.

Pacific FC had shown plenty of improvement under Kah at last year’s Island Games, reaching the postseason stage but ultimately crashing out before the CPL Final. Kah kept the majority of that squad, and has instilled an atmosphere in which the west coast side appears to be thriving.

While Cavalry FC remains in second place and well on the path to its own postseason, last night wasn’t a fun one to watch for fans of the Alberta-based team, which was uncharacteristically wasteful and somewhat disconnected.

While Camargo had put the visitors in front through a well-placed goal in the 32nd minute, he told media after the match that there was a lot missing from his team’s performance tonight – something that head coach Tommy Wheeldon Jr. agreed with, with the gaffer admitting that the best team won on the night.

They were the better team from start to finish, we could’ve squeaked out a 2-2 draw, but we would’ve been lucky to do that. We had some chances at the end but we were not clinical. They controlled it, we were sloppy with the ball, unintelligent out of possession.

Camargo’s words ring harsh, but the expectations from the Spruce Meadows outfit are always high. Right now, however, Pacific FC seems to be flying just a little higher. While the side has one hand on the top of the table, there’s still a long way to go before the regular season concludes in November.

Pacific FC will be expecting to pick up maximum points against bottom-table teams FC Edmonton and Atletico Ottawa in its next two league matches before heading to Alberta to face Cavalry FC in the Canadian Championship. The all-CPL cup match looks increasingly likely to be a fiery one.