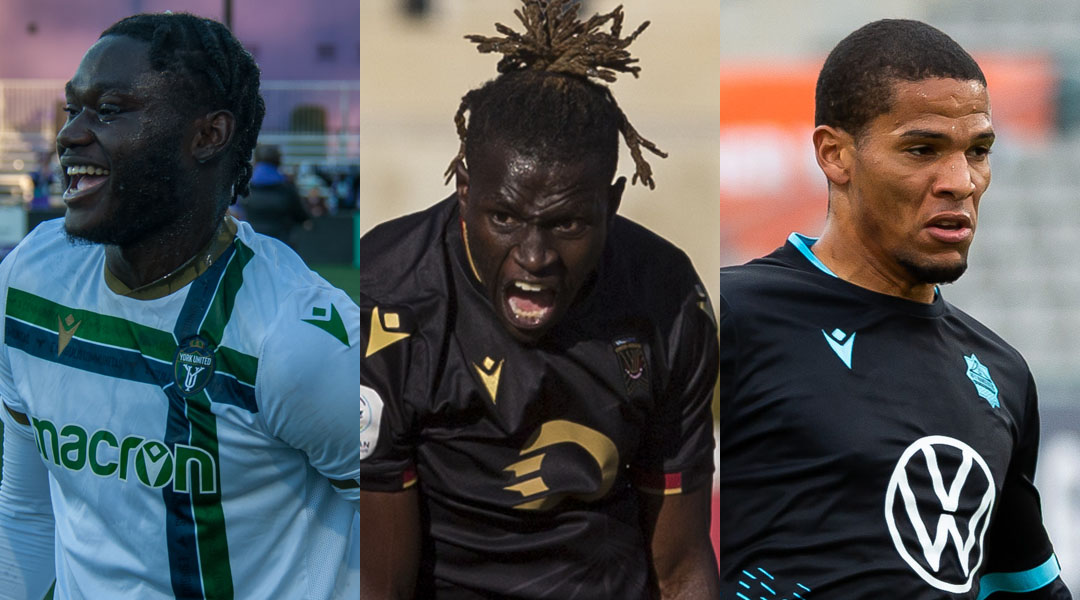 Yesterday may have been one of the wildest days of domestic football action for Canada, with plenty of playoff-related action flowing through all levels of the domestic game. In particular, however, the race for the fourth and final playoff spot in the Canadian Premier League saw three matches that featured a combined 14 goals, two penalty saves, and two substitutions that led to a goal in under ten seconds.

Oh, and the owner of the fourth and final playoff spot changed hands three times, too.

Before yesterday’s triple header of action took place, the Halifax Wanderers were holding a white knuckle grip on that spot in the league table, but a shift in form had seen the side collect two losses, two draws, and just one win prior to a tough away trip yesterday against the reigning champions.

Without further ado, let’s go through what turned out to be a wild ride in the domestic playoff chase:

The day quickly unfolded as a nightmare scenario for the Wanderers, who found themselves three goals down after 25 minutes played: Josh Navarro opened his CPL account with a brace, while David Choiniere – who scored a cheeky shootout panenka against CF Montreal midweek – added a well-executed third for Forge to cap off a real first half hammering.

Wanderers coach Stephen Hart made some necessary adjustments at half, with substitute forward Alex Marshall pulling one back for the visitors with a fine out-of-the-box effort assisted by Morey Doner. Momentum didn’t really shift much beyond that, however, and the match was truly sealed when 18-year-old Forge substitute Sebastian Castello scored about eight seconds after coming on with his first touch of the ball:

The match would end 4-1, leaving the possibility that either Valour FC or York United could usurp the fourth spot which the Wanderers still technically held a loosening grip on. It was going to be a long day for Wanderers fans.

Fresh off from a 3-0 win over Halifax on Tuesday, a Valour side now appearing to hit a high note under new boss Phillip Dos Santos walked into Spruce Meadows knowing it needed a win to keep its playoff hopes alive. Valour had yet to win away from home at all this season, whilst Cavalry had never lost on its own pitch this year.

The opening eight minutes would best be described as back-and-forth chaos, with Valour striking the crossbar twice before a counter from Cavalry saw Sergio Camargo fouled in the box, earning a penalty for the home side. Veteran Championship striker Joe Mason stepped up to take it, with Sirois making the save and Valour immediately scoring on the counter in shades of a certain English Championship playoff match from 2013.

Cavalry rallied back quickly, with a set piece seeing Camargo bag his fourth of the season from a close-range header to restore the pecking order. The side would jump ahead after Joe Mason made amends for his penalty miss (the club’s third of three misses from the spot this season, oddly enough) by scoring a header after Jonathan Sirois failed to clear a cross, with the home side now seemingly back in control.

Destiny had other ideas, though, with William Akio bagging an equalizer for Valour at the stroke of half-time, capitalizing on a rare moment of confusion from the Cavalry back line to send the ball sailing beyond Marco Carducci. The 23-year-old made it a brace for himself in the 69th minute, turning sharply to beat Carducci a second time and catapult Valour both into the lead into the final playoff spot.

Keven Aleman would seal the deal for the visitors with the final kick off the game, absolutely lacing a left-footed shot on the half-volley from just inside the box to secure a big 4-2 victory.

As long as you’re not mathematically out, you can’t stop. We can’t celebrate yet, but we put ourselves in a good spot today.

The Winnipeg-based side had not so long ago seemed to be a distant, dark horse in the playoff race, but has now racked up 3 wins in its last 5 games to give itself much better odds at stealing the final playoff spot from Wanderers and York United sides who have been letting numerous results slip between their fingers in the buildup to this weekend.

York United was now at risk of sinking to sixth in league standings, and walked into Starlight Stadium knowing that a draw would put them level with the other two sides on points, but last between them overall given that the tiebreaker is number of wins. The first half saw Nathan Ingham come up huge for the club’s playoff race, saving a penalty from Lucas MacNaughton after a foul from VWFC loanee Matteo Campagna.

The second half would see top-of-the-table Pacific FC take the lead just a few minutes in, with a header from Terran Campbell now seeing him score double-digits for the second of three seasons as a Trident. With York United’s playoff hopes dwindling, head coach Jim Brennan brought on 18-year-old striker Lowell Wright, and his first few touches of the game set up a tidy close-range equalizer for Julian Ulbricht.

With Valour still holding on to a playoff spot so long as York United didn’t secure a shock away win, there were a few additional eyes on the match as it unfolded:

Wright wouldn’t be content with just an assist, however, and would go on to bag perhaps York United’s most important goal of the season ten minutes from time, an absolute rocket that ultimately lifted his side into the fourth and final playoff position as the day’s dose of CPL action came to a close:

Three different clubs called that final playoff spot home throughout different periods of the day, making the CPL triple header one of the wildest ones to watch – and, in our opinion, lending further credence that the expanded playoffs format is paying off in dividends as the regular season nears its close.

Down in the Leage1 Ontario level, the first men’s semi-final of the season saw expansion side Guelph United take on reigning champions Master’s FA, with a brace from Reshon Phillips cancelled out by goals from Lucas Doros and expected golden boot winner Jace Kotsopoulos, who also missed a penalty – the third spot kick miss of the day in domestic football – with the game eventually heading to penalties to determine who would be marching on to the finals.

Just like in Forge’s midweek Canadian Championship semi-final against CF Montreal, this shootout would unbelievably cycle through to the eleventh round, with the goalkeepers now tasked with shooting: Guelph’s Svyatik Artemenko would bury his shot and then make the match-winning save after it was his turn to step up between the posts, sending Guelph United to the finals!

Elsewhere, the Humber Hawks put in a 4-0 win over George Brown to secure the OCAA provincial championship, with former Nine Stripes athletes Luca Gasparotto and Ezequiel Carrasco helping the team to the largely-expected trophy alongside former TFC II forward Marco Nunes and League1 Ontario familiar Leaford Allen, who will presumably in action for the Blue Devils in the other League1 Ontario semi-final tonight.