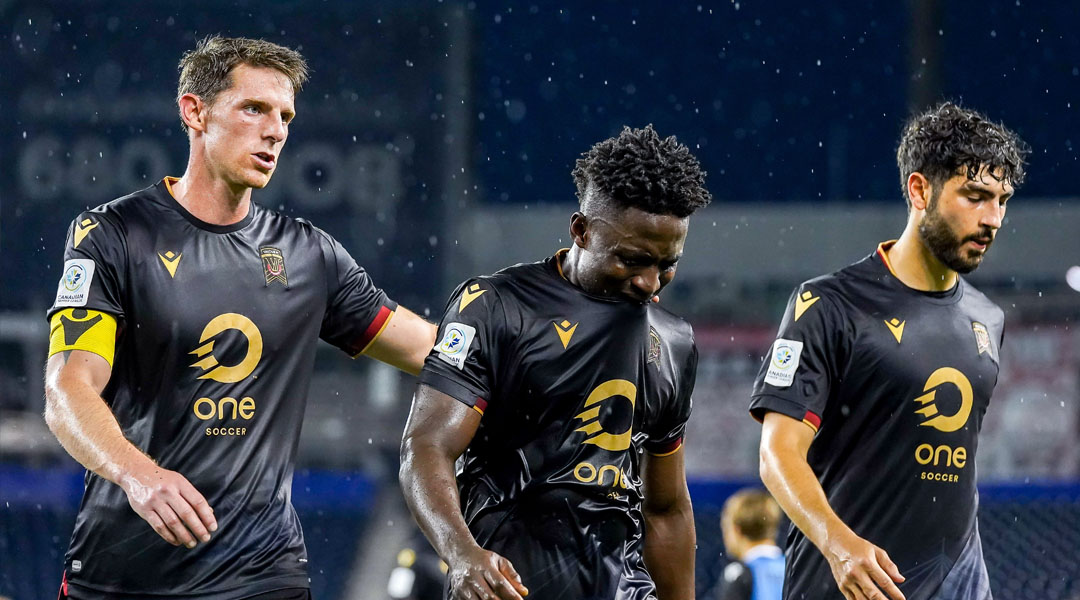 Raphael Ohin’s first goal for Valour highlighted a 2-0 victory over Atletico Ottawa tonight, ensuring that the Winnipeg-based side continued its perfect start to the 2021 Canadian Premier League campaign.

With Atletico Ottawa limited to just four shots throughout the entire match, questions will be asked on how the club can produce without the likes of Ryan Telfer, Jordan Webb, and Viti Martinez.

The host side handed first-ever starts to Tony Mikhael and William Akio, the latter of whom scored his first professional goal last week. Of note, Brazilian star signing Rafael Galhardo made the bench for a potential debut.

Here’s a look at the starting line-ups for both sides:

The opening of the match gave way to what seemed like a dream moment for 17-year-old Atletico Ottawa defender Keesean Ferdinand, who tapped in the end of a set piece before referee Ben Hoskins called back the goal due to a foul from Milovan Kapor in the build-up:

Valour’s Austin Ricci found himself in a good shooting position in the box some fifteen minutes later, with Ferdinand doing well to block the recent goalscorer.

A tepid first half looked to be winding down, but Raphael Ohin – who had been praised by Rob Gale for year-over-year improvements with the side – fired a right-footed effort that beat Dylon Powley to the near post:

Substitute Valour winger Jared Ulloa had a penalty shout in the 72nd minute, barreling down the right flank following a long clearance from Sirois before tumbling down under pressure in the box, with Hoskins waving away the penalty shouts from the Valour bench before handing head coach Rob Gale a yellow card.

A sense of urgency fell on Atletico Ottawa as the match neared its end, with substitute Zach Verhoven delivering a ball on a platter to Malcolm Shaw, though the striker find the net from just a foot or so out.

Valour’s Rafael Galhardo was handed his debut five minutes from time, with Gale giving the Brazilian Serie A veteran a chance to experience a chance to find his legs at the Canadian Premier League level.

A last-gasp counter-attack from Valour sealed the deal at the end of the match, with Ulloa going down under pressure from Neufville and Hoskins pointing to the penalty spot this time around:

After four minutes of added time, referee Ben Hoskins signaled the end of the match to grant all three points to Valour FC. The club has done superbly to open with three straight wins with no goals conceded, especially considering prior to this campaign it had never even recorded any back-to-back victories before.

Valour FC will now look to see if it can extend its winning streak even further when it faces York United on Wednesday, with Atletico Ottawa set to take on Pacific FC on the that same day too.